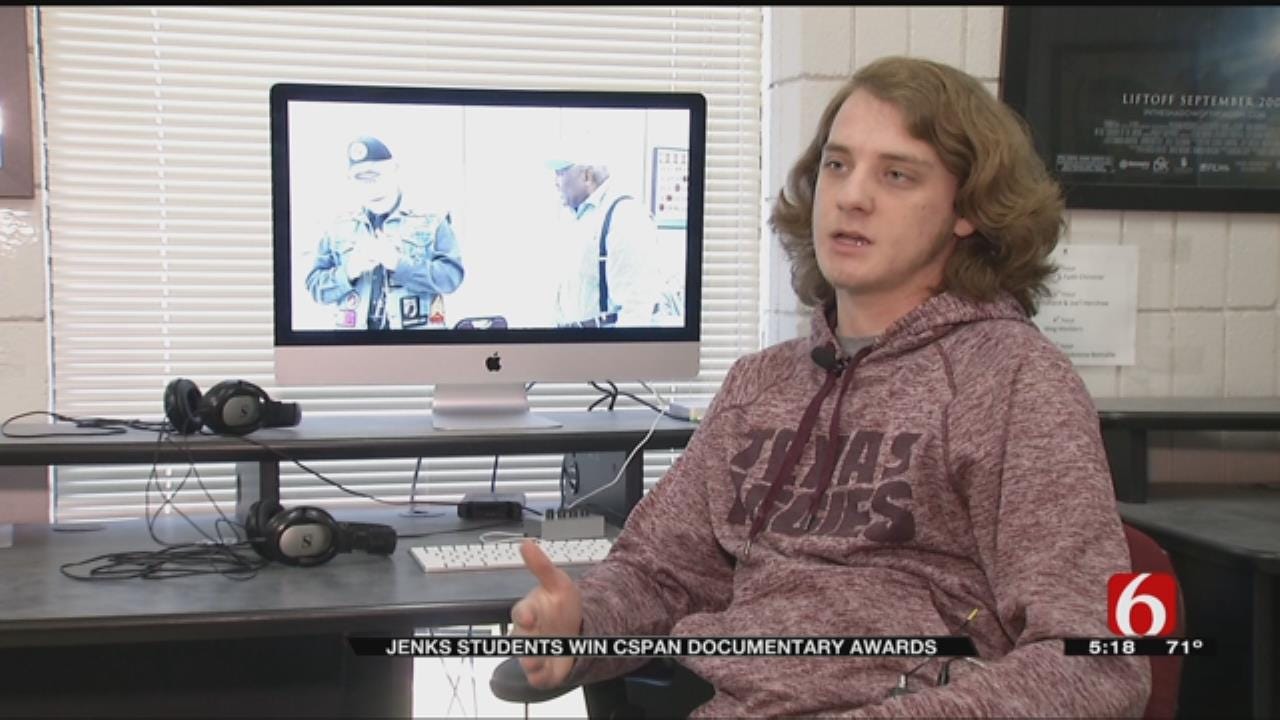 Jenks High School students are getting national attention for documentaries they made about important issues impacting our state and the country.

Edwards said that was the advice she got while working on her documentary "Behind the Bite," which focuses on how your food is made.

"Where the animal came from, how it was grown, how was it, you know, developed into the product that it is, how the sandwich became a chicken sandwich and what kind of went into that process," Edwards said.

Senior Frank Muller focused on the VA, going to facilities in Talihina and Okmulgee to see what issues were facing Oklahoma's bravest.

"There was a patient with maggots in his arm and his wounds and the VA said 'well, there's no harm in maggots," Muller said.

In the end, Jenks had 11 winning entries, with Edwards winning second place in her division and Muller tying for third.

"I was just, like, grinding through this project until the end," Edwards said. "I think one week, I even was at the school for, like, 65 hours including the weekend."

Hundreds, maybe thousands, will watch their stories and both students hope it'll inspire change nationwide and here at home.

"A lot of us have things we care about and today, a lot of people just push us aside and say 'we don't really have opinions on these issues," Muller said.