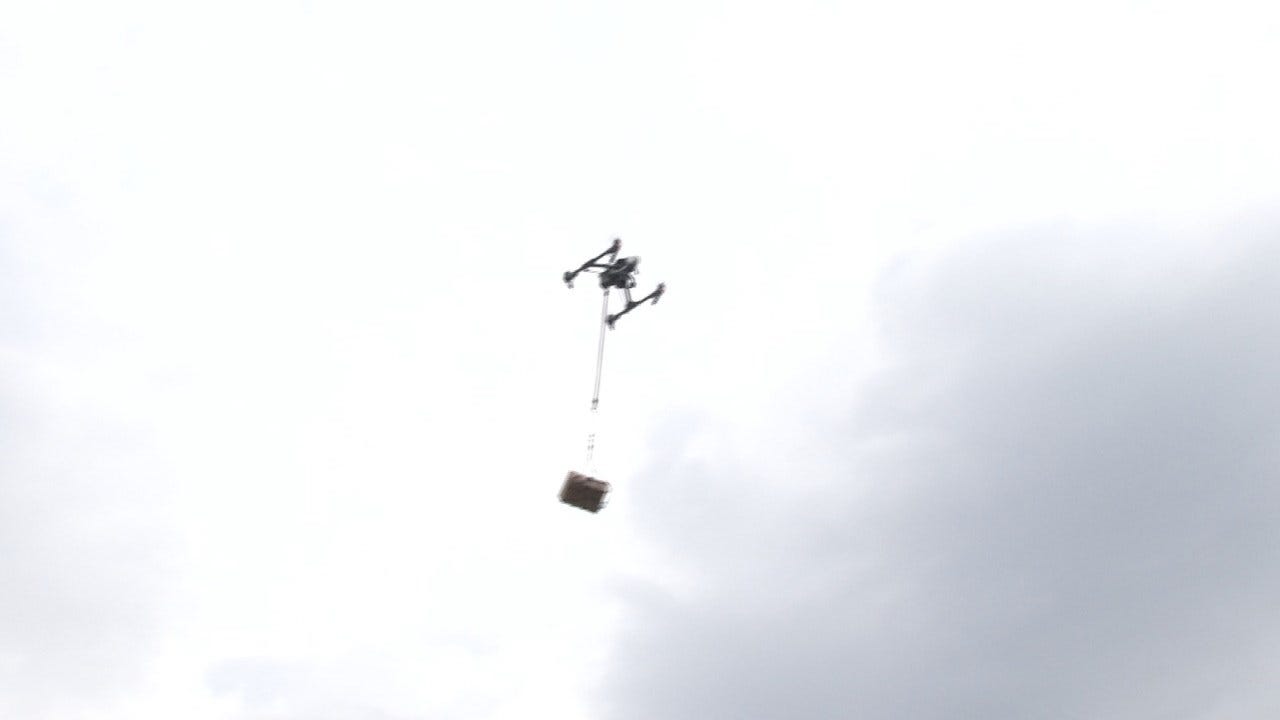 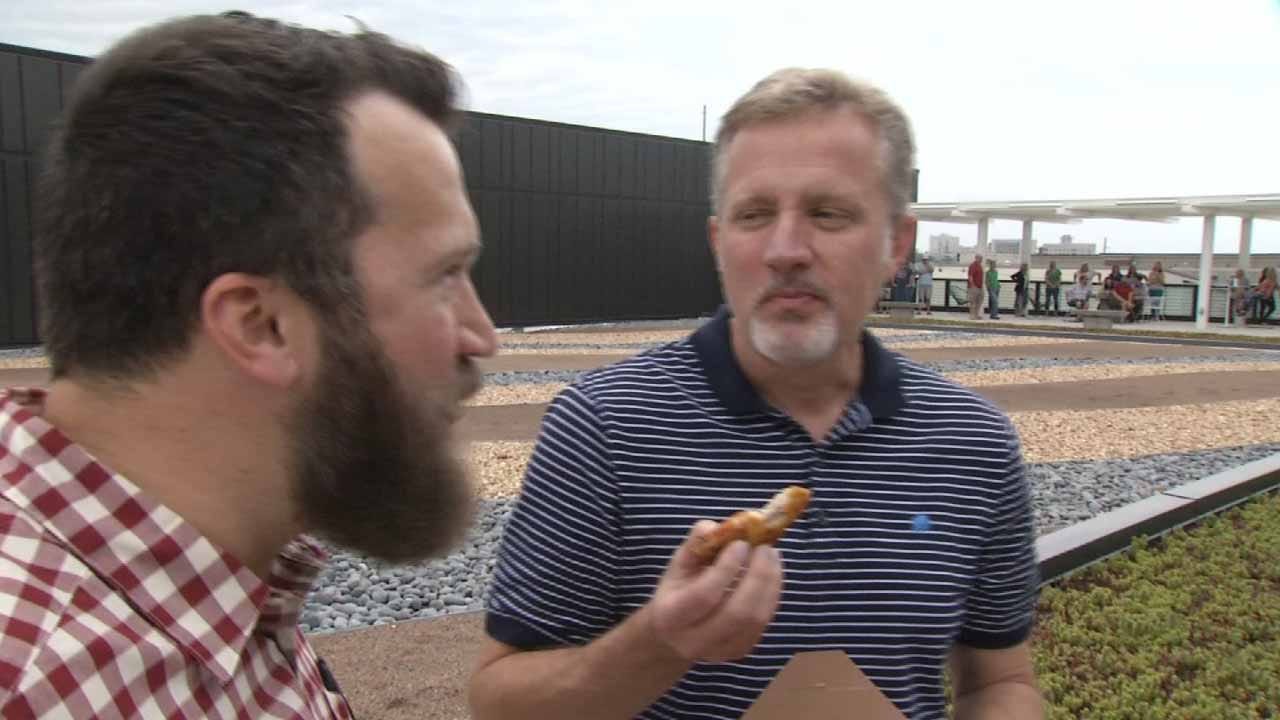 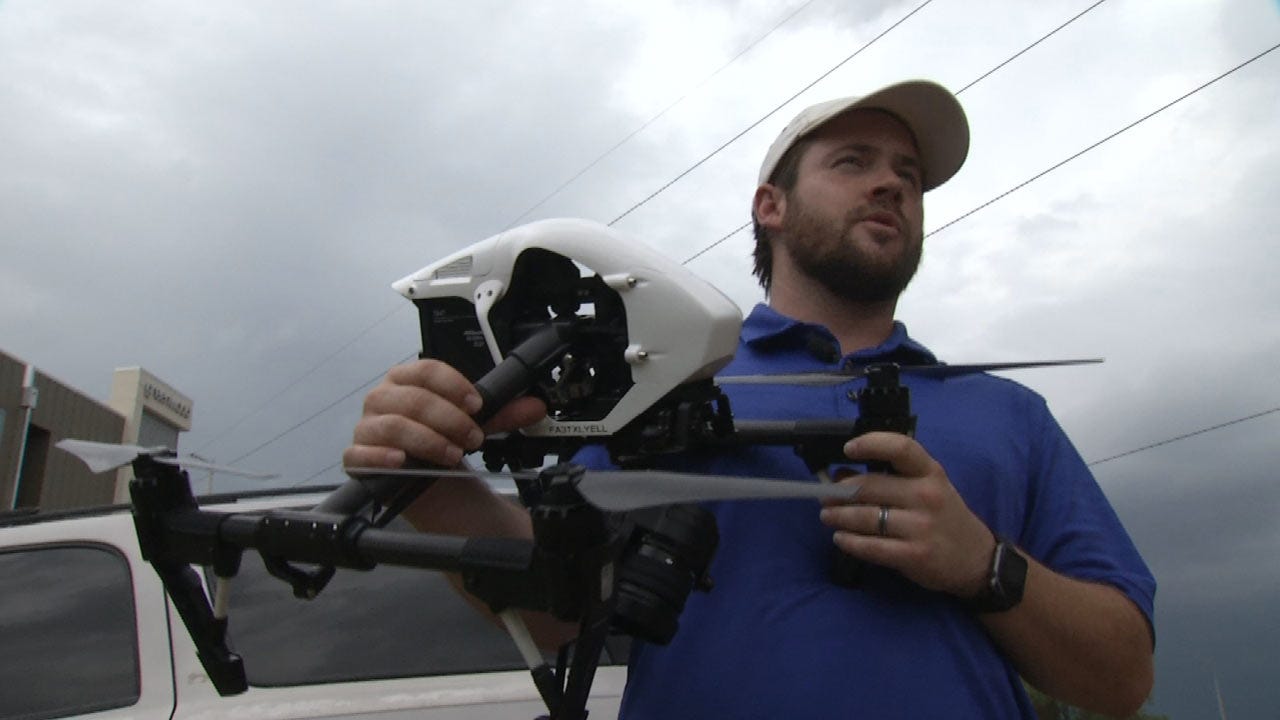 A few Tulsa companies demonstrated a drone delivery this week to start a conversation, locally, about the evolving technology.

The drone traveled about a quarter of a mile before delivering lunch on the roof of the Hogan Assessments building downtown.

A box of chicken wings took flight Thursday, with the help of a drone. As Chris Kingham and Jacob Johnson waited for lunch to descend, the drone landed safely - and one pound of Rusty Crane wings was ready to eat.

The companies Gitwit Creative and Press Pause Films made the delivery possible.

Johnson, with Gitwit Creative, said, "So this dude's gonna be able to say to his kids, ‘I was one of the first people in the world to legitimately get lunch delivered via drone."

Greg Bollinger with Press Pause Films guided the wings through the sky, but said drones are serving a bigger purpose than delivering lunch.

"Delivering medicine to someone that's in a rural area that you can't get to, a life jacket to stranded people on the water, so there are uses for it, but food delivery is not there yet," he said.

Bollinger said it will be soon, he just hopes the skies don't get too crowded.

He said, "I'd like to be able to keep flying, hobby-wise, without any worries of hundreds of drones flying through."

While the three companies didn't have any plans for a drone-delivered dinner, it's possible they'll be having some more fun in the future with drones.