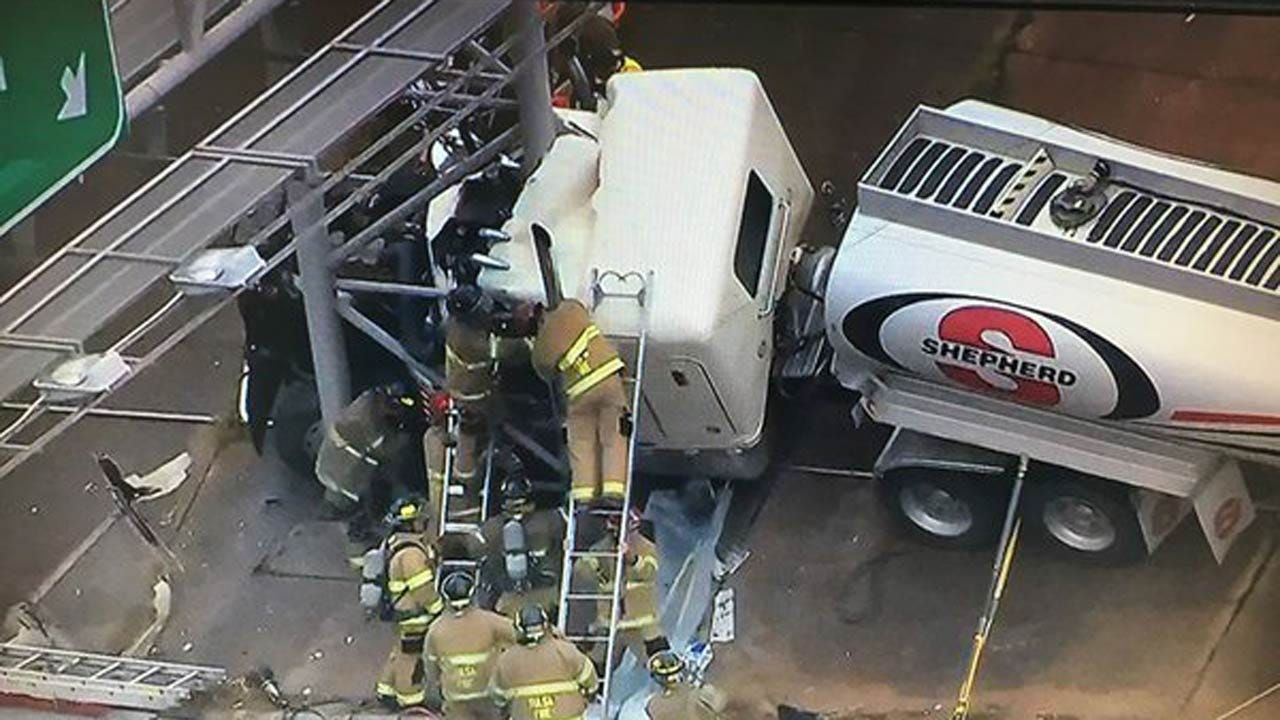 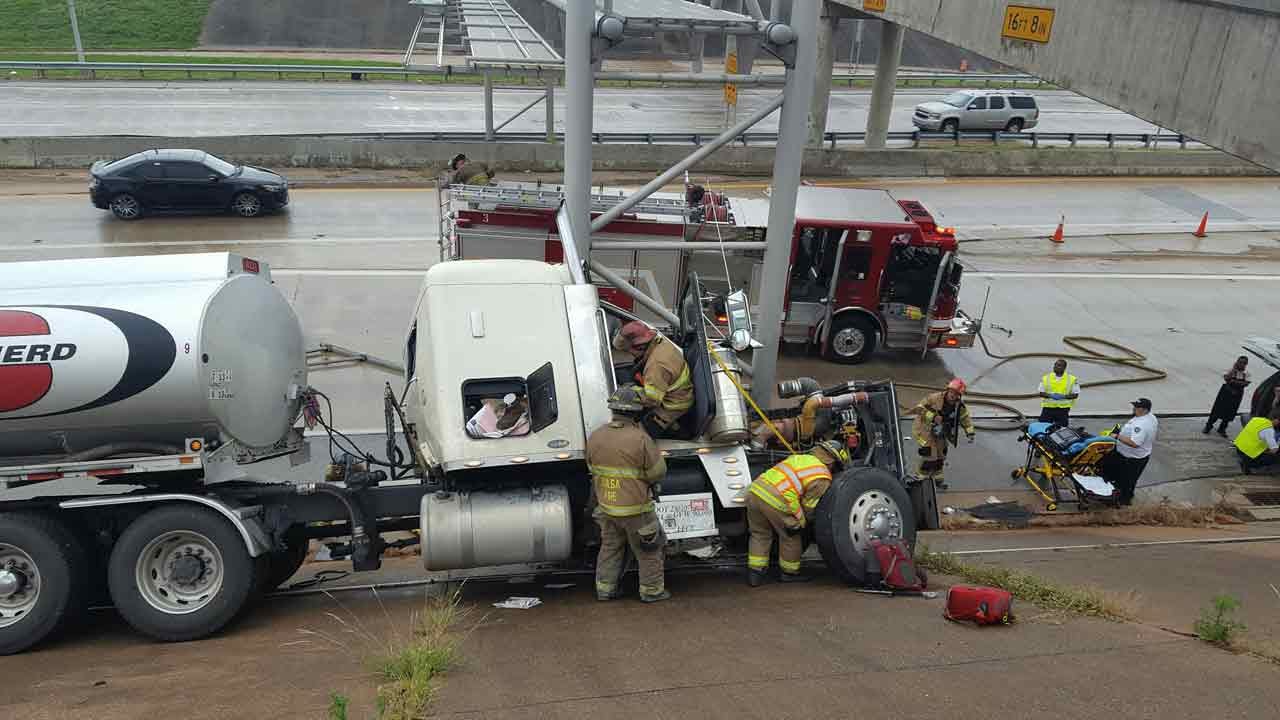 An emergency crew worked for almost two hours to free a driver after a semi hit a highway sign near downtown Tulsa Monday afternoon.

The crash happened at about 3:20 p.m. on the southwest corner of the Inner Dispersal Loop near the OSU Medical Center. The OHP said the location is I-444 westbound to I-244, where westbound traffic on the IDL turns north to head toward the Sand Springs Expressway.

The semi ran up onto the concrete embankment and then impacted the base of a large truss sign next to the highway.

The angle of the impact caused the structure to push into the cab area, making it very difficult for the emergency crew to get the driver, Rick Hughes, out of the cab.

As seen live on News On 6, firefighters finally freed him from the truck at about 5:05 p.m. Firefighters said Hughes was alert and talking when they carried him up the slope to an ambulance. They said the reason it took so long to remove him from the truck was that his foot was caught by the sign structure.

The truck is owned by Shepherd Oil Company in Blackwell. Troopers said the truck was empty.

The OHP said the wreck happened when a Nissan Maxima caused traffic to slow down. A pickup slowed down to avoid the Maxima and a minivan collided with it, according to the OHP. Troopers said the driver of the semi swerved off the highway to avoid that wreck.

The OHP said troopers are looking for the driver of the Maxima.

OHP reopened the road around 7:30 p.m. after a little more than four hours.