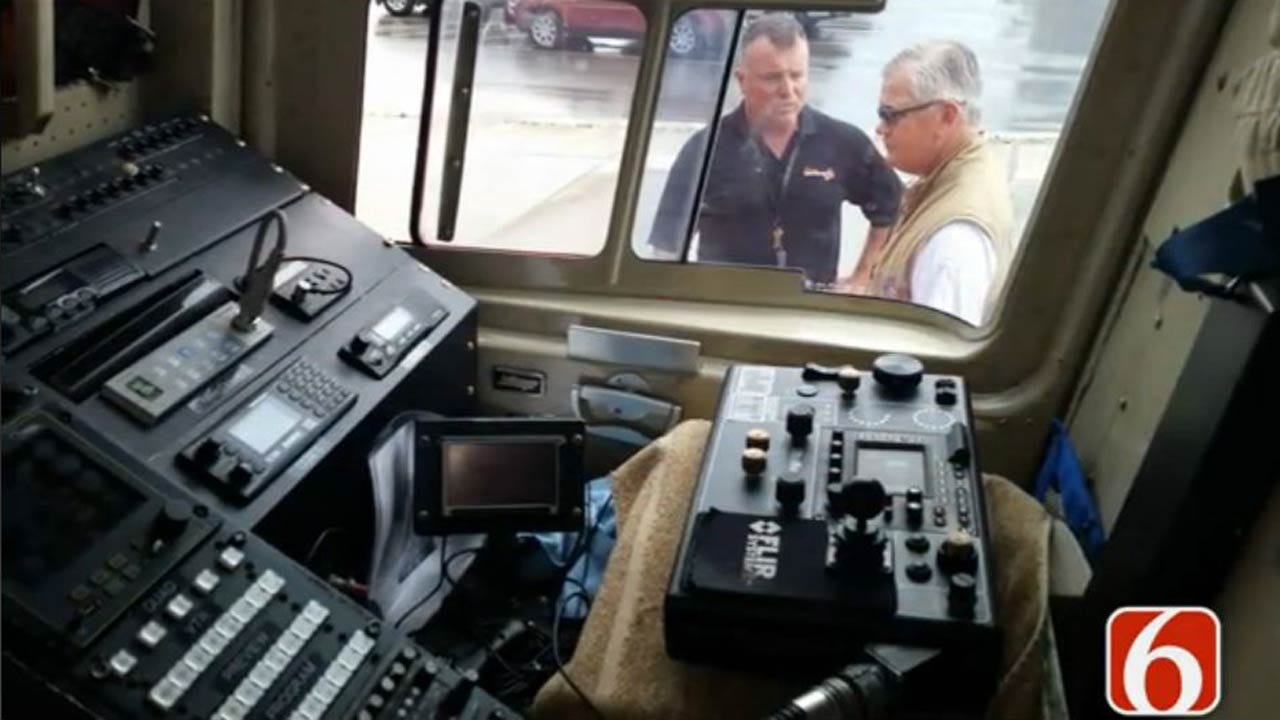 Osage SkyNews 6 HD has proven itself to be a powerful tool in tracking Oklahoma storms.

Pilot Will Kavanagh and the photojournalist working with him can get views of the storms and the damage they cause that just aren't possible on the ground.

On Tuesday, Kavanagh and photojournalist Michael Woods took Oklahoma Insurance Commissioner John Doak along as they tracked the storms that blew through Oklahoma.

On March 30, 2016, Kavanagh and Woods shot unforgettable video of the tornado that ripped through North Tulsa, Owasso and the Claremore and Verdigris areas.

When he's flying in the helicopter, Woods actually sits in the back seat. He uses a control panel on his lap to control the high-tech camera on the nose of the helicopter. The two then work together to safely and quickly get the chopper and its camera into position to get the best video possible of the story.

By the way, Woods says the view from Osage SkyNews 6 HD is fantastic.