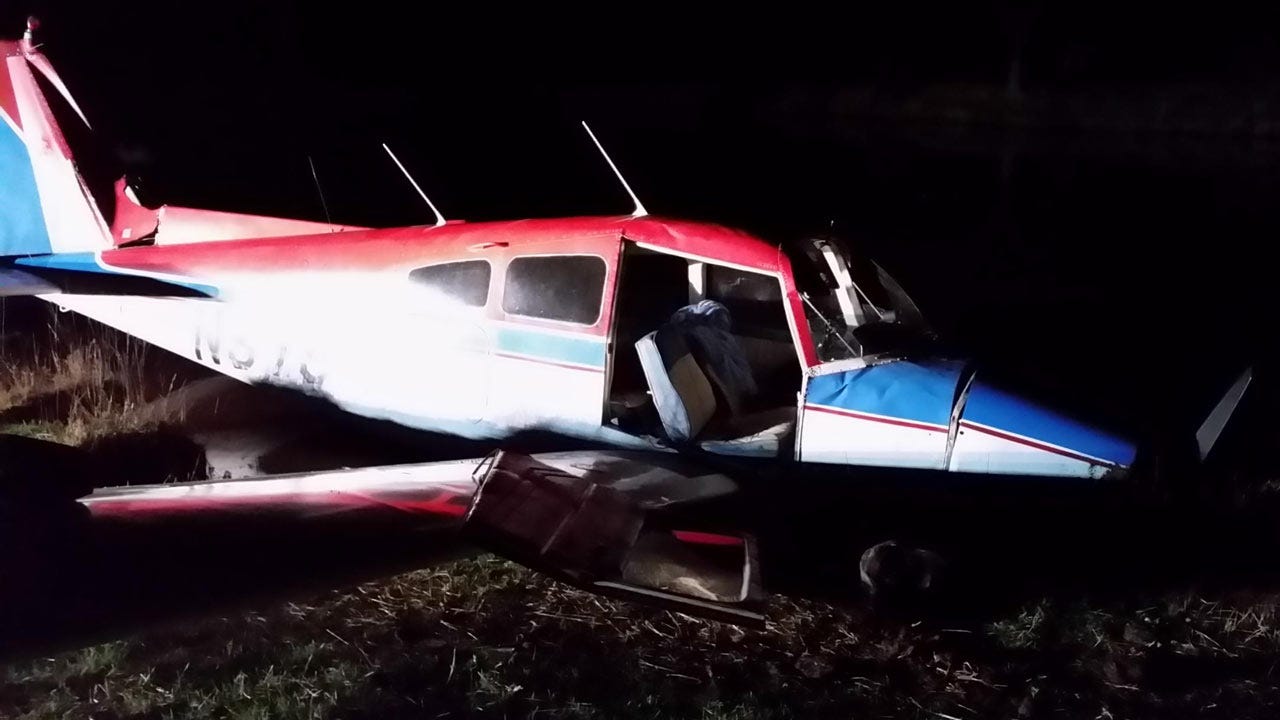 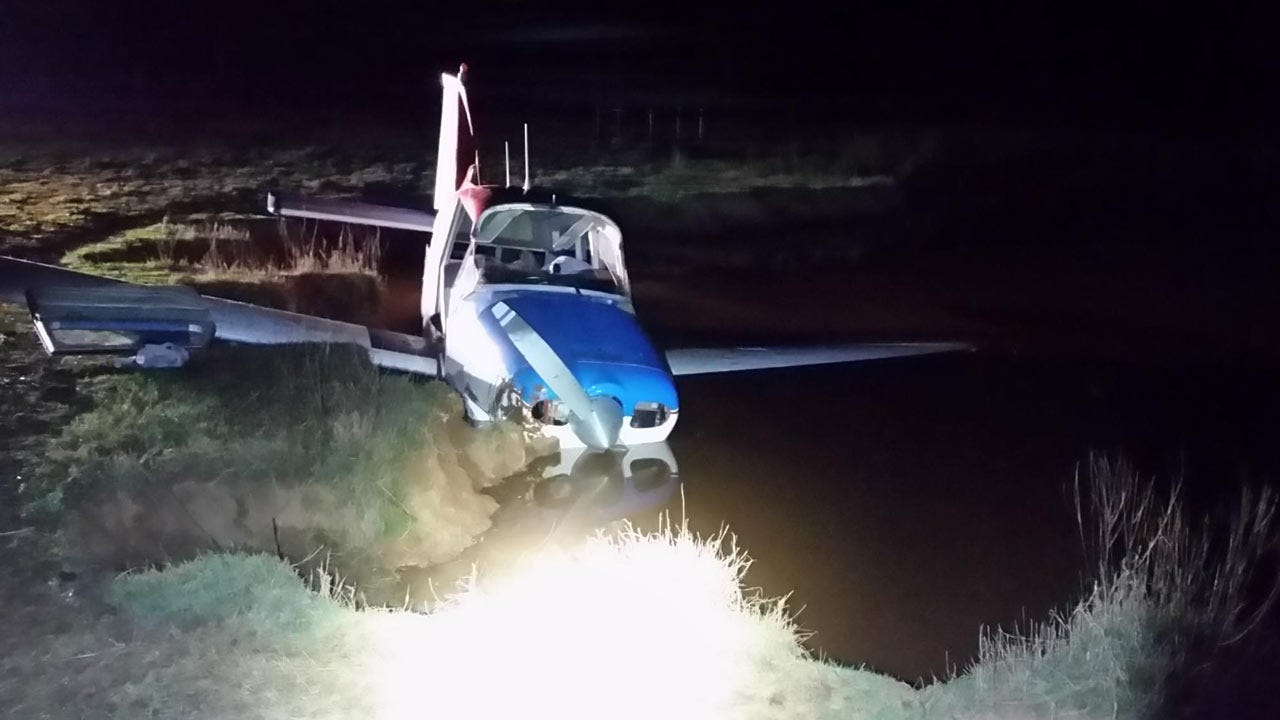 The Oklahoma Highway Patrol says an airplane pilot and his passenger escaped injury after a hard landing in a field in Cherokee County early Tuesday.

Troopers said the pilot, 59-year-old Mark Button of Brookfield, Missouri, reported the plane's engine was powering down just prior to the landing northwest of Tahlequah near the Cherokee-Mayes county line at about 1:15 a.m.

Button and his passenger, Shaun Besson, 30, of De-Pere, Wisconsin were not injured.

The OHP says Button was flying a 1966 Beechcraft Musketeer single-engine aircraft from Alabama to the Tulsa area.

The FAA is investigating.