Former Tulsa BBB CEO: I Knew I'd Get Caught 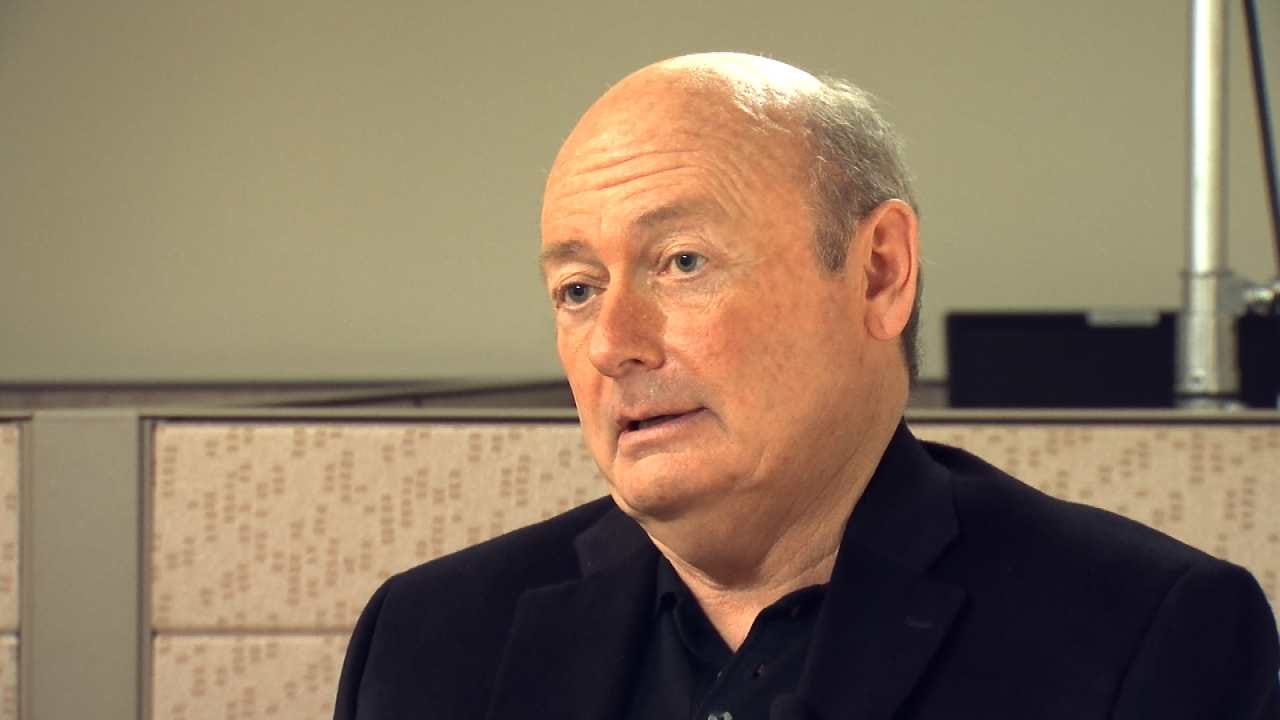 Former state senator Rick Brinkley reports to federal prison in three weeks to serve a three-year sentence for stealing almost $2 million from the Tulsa Better Business Bureau, where he was the COO.

For the first time since this scandal broke a year ago, Rick Brinkley sat down for an exclusive interview.

Brinkley's fall from grace has been long and public, from preacher, business leader and state senator to gambling addict and now convicted felon. He says he hid his addiction for nine years and it all started at a slot machine.

"So you look back on your life and say, 'That was the moment that hooked me?'" I asked him.

"I realized no one knew who I was, nobody wanted anything from me and I could vanish," he said. "For that one hour or 16 hours, I had escaped the realities of the world."

"People are going to say, he's a successful, a preacher, making 6 figures, state senator, head of the BBB, what the heck are you escaping from?" I asked him.

"I had everything. I had everything but peace in my life. For me, quitting gambling was the easy part. Dealing with the garbage that made you want to go gamble, that was the hard part," Brinkley said.

He says that garbage is a childhood trauma that made him feel like damaged goods. He says the more people praised him, the more his hands shook with the need to place a bet.

"They were telling me how great I was and I was thinking, 'You don't know what's on the inside,' and all I wanted to do was get to a casino so I could prove to myself how bad I really was."

With gambling came big wins and bigger losses and one night, after maxing out his ATM withdrawals, he pulled out a credit card used for Better Business Bureau expenses and got a cash advance.

"In the beginning, it never entered my mind, 'I'm doing something wrong.' It was, 'I'll pay it back tomorrow, after I win,' then you begin chasing your losses."

I told him, there are people sitting at home saying, "It's not an addiction, it's a choice, you're just a criminal."

Brinkley said, "It's definitely an addiction that caused me to make criminal choices."

I asked him, did it ever occur to him that he was going to get caught?

"I always knew I would eventually get caught," he said. "I never was able to imagine the complete fallout from it all. I'm not saying poor, pitiful me, I created that mess."

He said his lowest point was when he considered suicide.

"There are those moments where you have those thoughts of suicide, where you'd go, 'If I could just get it over with right now, this would never come out and my family would be protected.'"

But it did come out, a huge public scandal, fired from the BBB, lost his senate seat and pleaded guilty. But then came rehab followed by nearly a year of at least four Gambler's Anonymous meetings a week and next, federal prison.

He says the thing that scares him the most about prison is missing family events.

"I'm going to miss my grandson's graduation... I know the reason I'm going there is my own creation... to spend your entire life with a child from day one and to miss that moment, is the hardest part for me."

Rick says he's been clean for one year. Thursday night, what he says about paying back that $2 million, what he plans to do while in prison and after he gets out.

If you have a family member or loved one who is a compulsive gambler and you don't know what to do, find a meeting here.

If there aren't meetings in your area or if you are looking for a private counselor, visit Oklahoma Association for Problem & Compulsive Gambling.