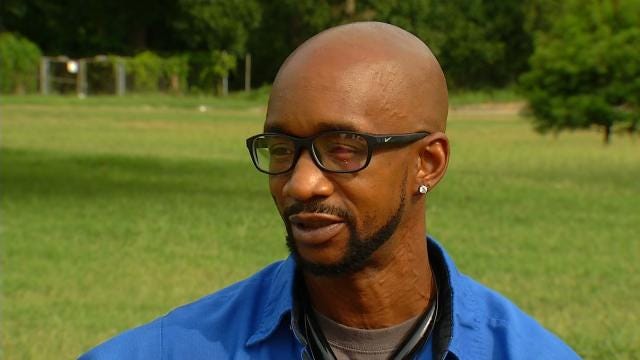 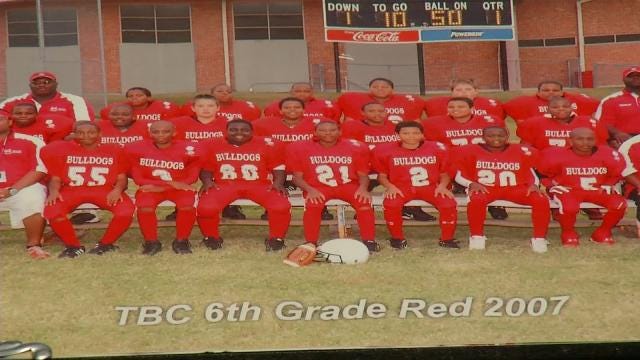 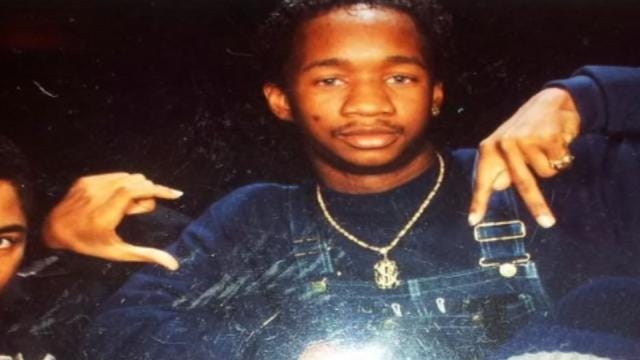 Gang shootings and killings are a big problem in Tulsa.

Most gang members end up dead or in prison, but a few manage to turn their lives around. One that made the change to his life is now trying to convince young people to do the same.

As a former gang member, Robert Jones committed several crimes, was shot twice and was in prison three times before he finally decided enough is enough.

He left the gang and is now a hard-working, church-going, family man.

Jones doesn't look like it now, but he was a criminal to be feared when he was a teenager; a Crip, wearing blue, ready to die for his colors and his gang.

He didn't come from a broken home; in fact, his parents are still married. He also grew up in church, so he wasn't alone and forced into a gang, he said it was a choice.

"You get a lot of attention from the girls, kinda like fame. A lot of people in the neighborhood never get to see fame or feel glory, but they see it on TV, and if you can get it in the hood, that's enough for a lot of people," Jones said.

He liked that people were afraid of him. At 16, he and others jumped a guy who later shot at them with a shotgun. Jones wasn't hurt bad, so he kept at it.

Two years later he was shot again, this time in the face.

But that still didn't slow him down, and neither did the fact that he was putting his parents in danger.

They still have the bullet holes in their house from the days when rival gang members drove by and opened fire, not caring who was inside.

"My mother's house has been shot up so many times I can't count. Cocktail bombs have been thrown at the house; people kicked doors in and laid my parents down with guns to their heads. To see they're still here, their lives spared, my life spared, it's a blessing," Jones said.

He went to prison three times for drugs, guns and violating his probation. His longest stint was 18 months. They made him get up every day and work and paid him $7.20 a month.

“Once I got out the last time, I told myself, ‘If I can work in there for this, I am going to get out and get a job and go to work,’" Jones said.

Which is exactly what he did; and he's been working hard, staying out of trouble and raising his eight children ever since.

He's come full circle; some of the kids he was friends with in grade school, who later became bitter enemies because they chose a different gang, are friends once again and even go to church together.

"Life is important. Life is real good, just slow down a bit. A lot of people you think is your enemy can be your best friend later in life," Jones said.

He tells kids it's not worth it and that they need to learn to walk away, to think past the current moment and to choose a different future before it's too late.

"It's not going to ever stop, so you could be winning today, but a day is going to come when you're going to lose," he said.

Now the pictures that Jones is most proud of are of all the kids he's coached over the years - young boys he's helped become better athletes and better men.

The photos of him in gangs, he said, are his greatest regrets.

"These are all my friends that died - a lot of females, innocent bystanders," he said.

So many people dead, and he wonders, for what?

Nothing. They gained nothing, but they missed out on raising their children and getting to know their grandchildren.

And of those who did live, so many are in prison, many of his family members included, and some will never come home.

Jones prays some of the kids get the message that if they want to be part of something, choose something positive, not something destructive.

Jones is part of a group in Tulsa called Stop the Violence, made up of former Crips and Bloods who are trying to get young people to choose a different life.