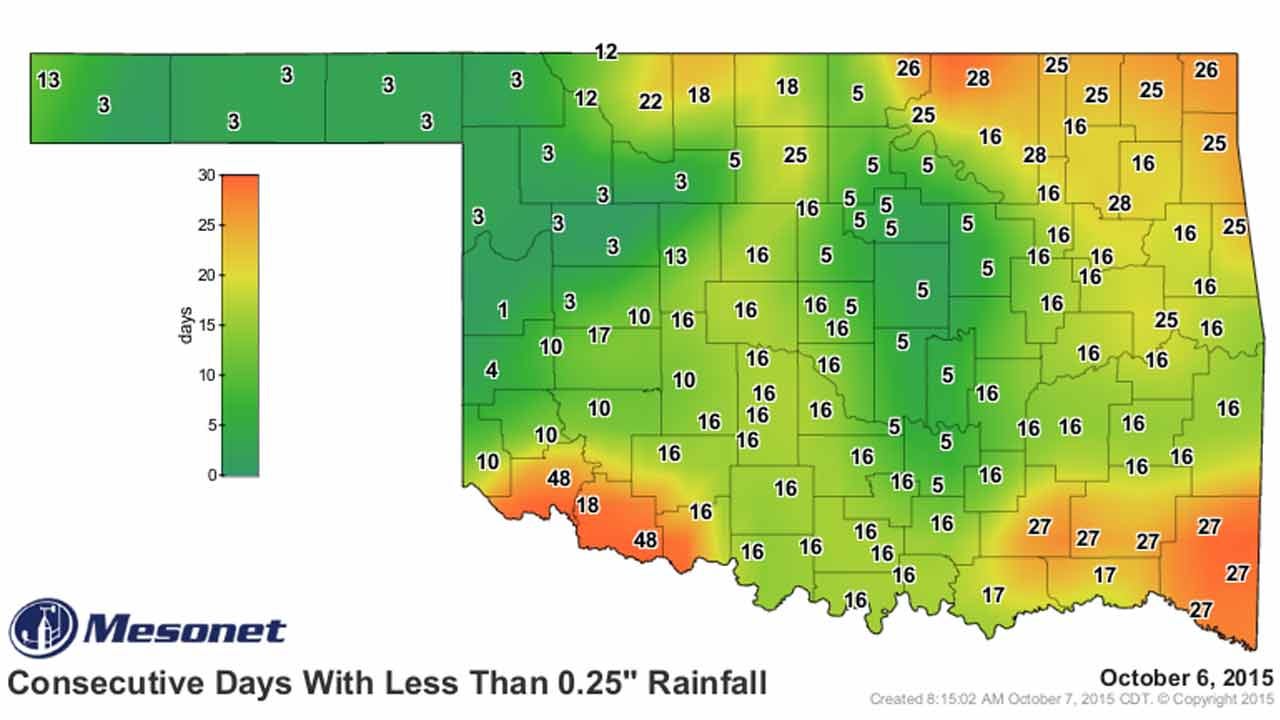 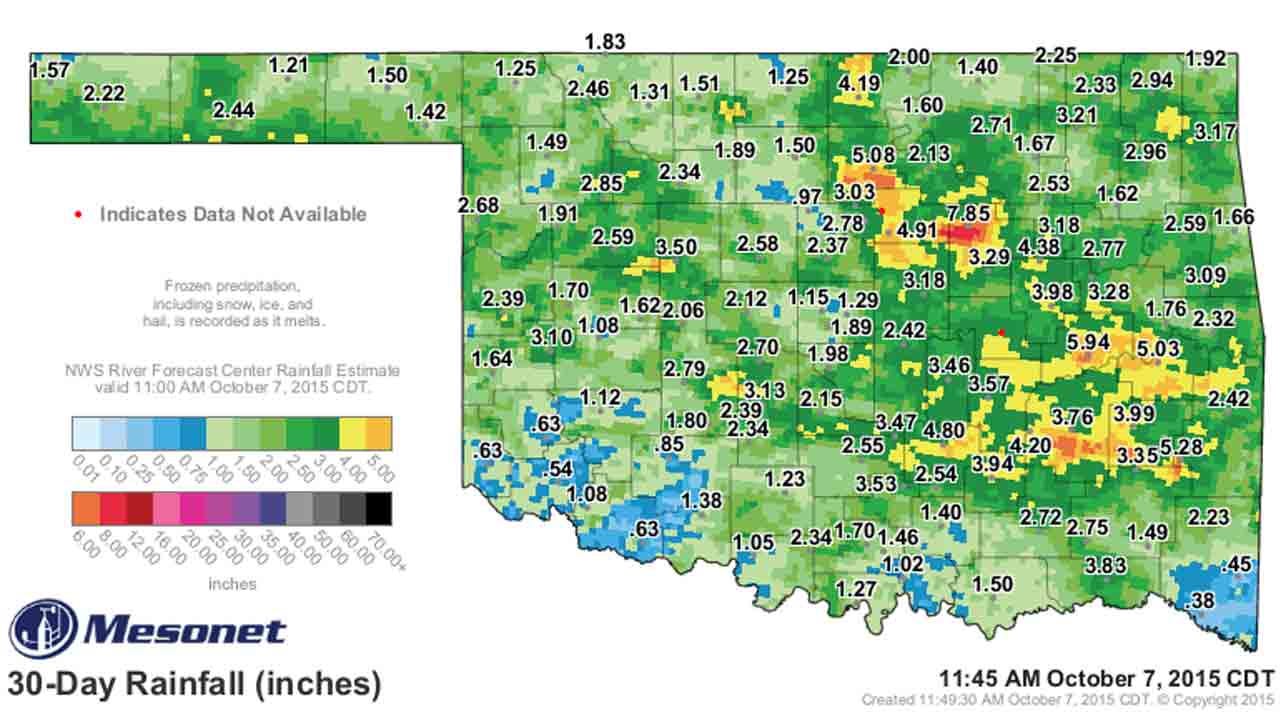 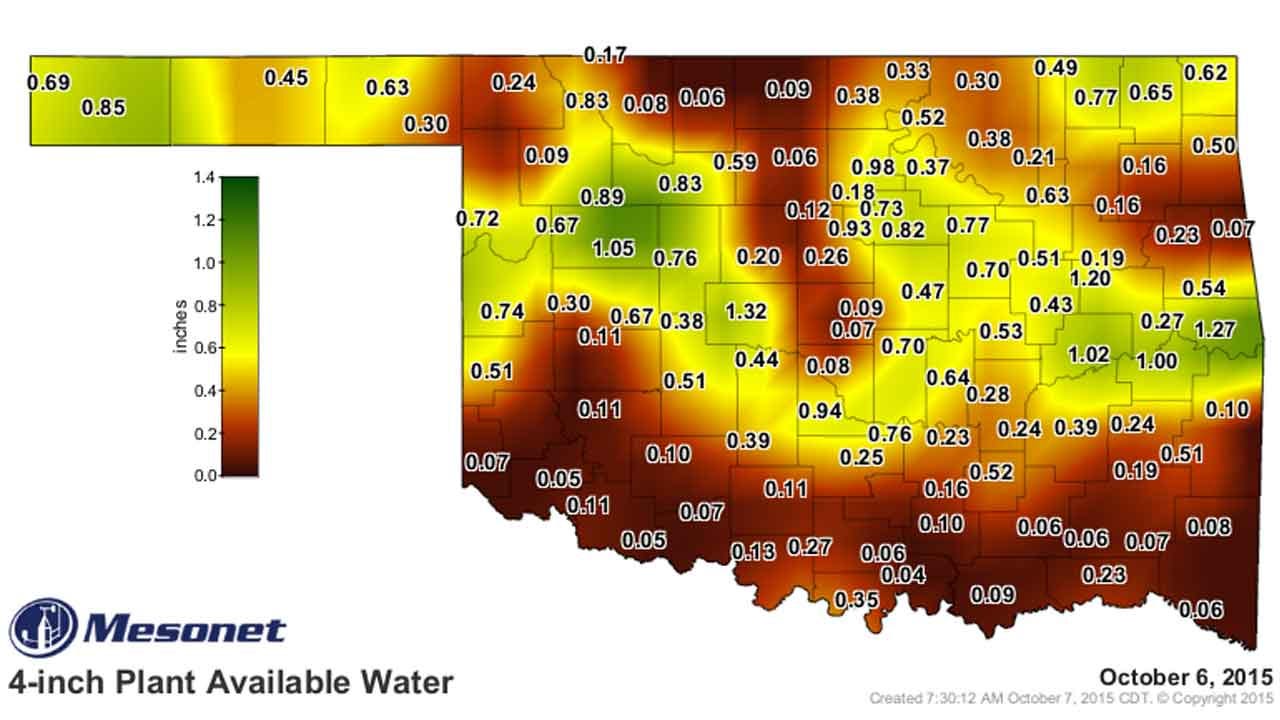 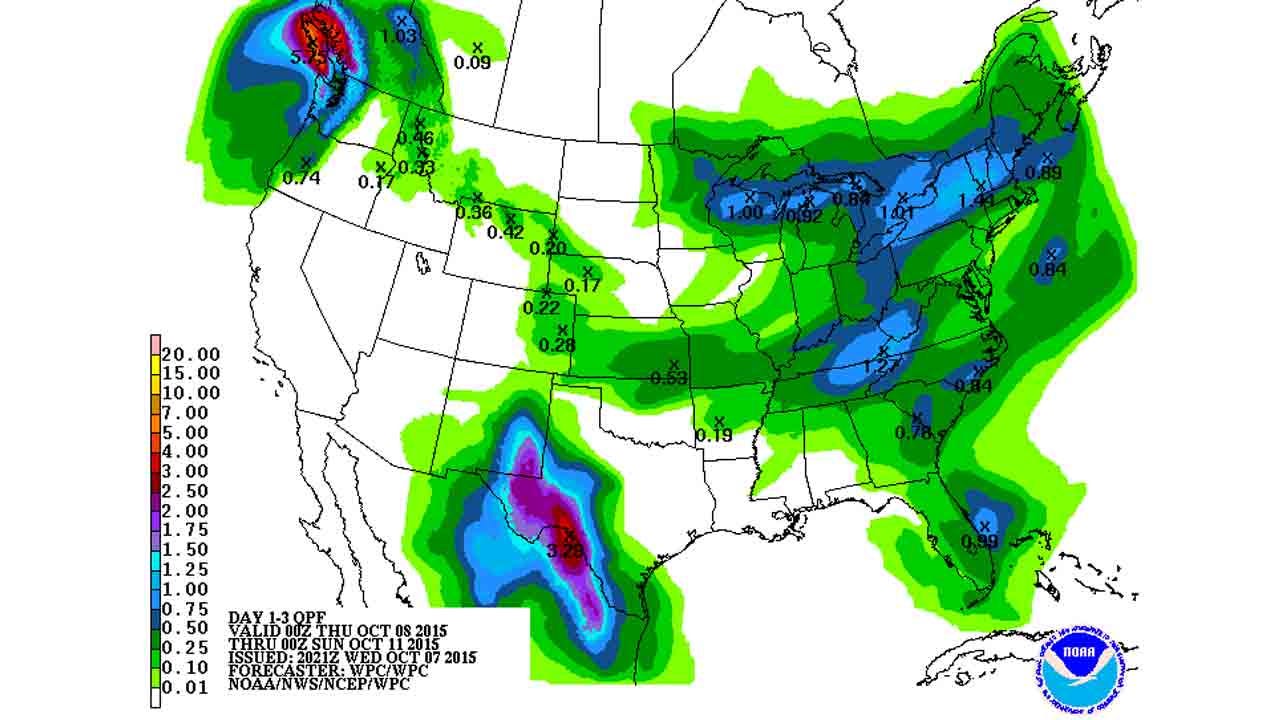 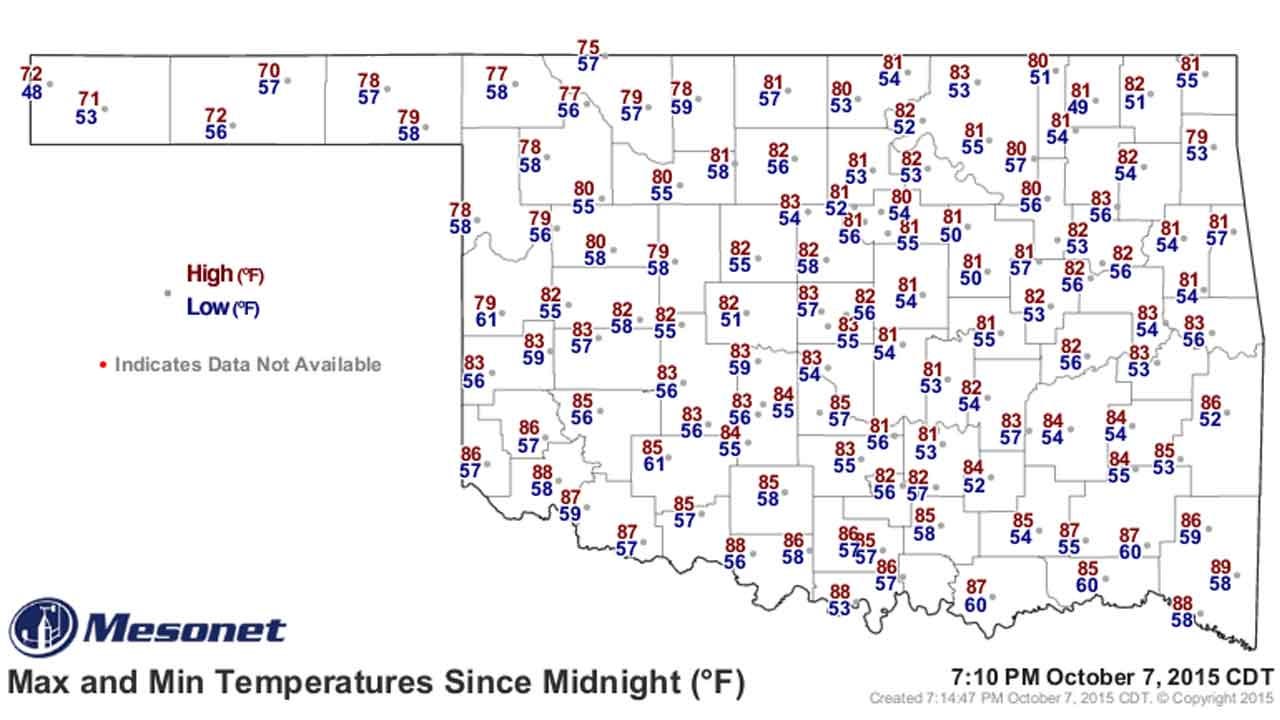 As mentioned in yesterday’s blog, thought I would take a closer look at the developing flash drought across the state that is now taking place. The drought monitor is updated on Thursdays, so will have that tomorrow, but in anticipation of the worsening drought situation, let’s take a look at some of the numbers to date. By the way, all of these rainfall, temperature, soil moisture maps, plus a lot of other products, are courtesy of the OK Mesonet and can be accessed here.

To begin with, notice the number of days across the state since as much as ¼” of rain has been recorded at the various Mesonet sites - far too long for most. Looking at the data specific for Tulsa as recorded out at the airport, the last time there was as much as ½” of rain was all the way back to Sep 14 when 0.60” fell. Since then there has only been about ½ inch of rain and it has not rained at all out at the airport for the last ten days of September, and, of course, there has been no rain recorded so far in October.

The next Mesonet map shows the total rainfall over the last 30 days. There have been a few locations that picked up a good soaking back in September, but those were rather spotty, and most of us are getting very dry. Notice some locations have received less than 1” over that time frame. That shows up in the surface soil moisture map as well, and those are the same areas in which the flash drought is becoming problematic.

As mentioned, the updated drought monitor will come out Thursday and from the above it is very apparent that the drought designation will be expanding across the state.

What about our prospects for some decent rainfall in the days ahead? Unfortunately, they are not very promising as a weak cool front will be arriving early morning Friday but does not appear to be much of a rainmaker. There will be showers and some thunder, but that will only provide some brief relief at best.

In fact, as you can see from the 3-day QPF map, the showers that do fall will be mostly on the light side, with around one tenth to one quarter of an inch, and primarily over the more northern counties. Again, a few lucky locations could pick up a little more, but that will be very spotty. Other than that, the weekend going into next week looks dry.

So, that leaves temperature as the primary forecast variable over the course of this forecast cycle. As you can see on our forecast page, those numbers will be quite warm; in fact, well above normal in contrast to how the month of October has started. Yesterday was the first day, so far, in October in which temperatures were above normal, but above normal temperatures will be the general rule for at least the next week or two.

As you can see on the max/min temperature map, it was a warm day today with most of us on this side of the state in the 80s. 80s will prevail again on Thursday, followed by a brief cool-down behind the front that arrives Friday morning. Even so, that will just bring us back to near normal conditions for Fri/Sat, followed by much above normal conditions again for Sun through early next week.

Even though another weak cool front now looks to arrive early Monday, this system will not cool us off too much, and above normal temperatures are still anticipated through at least the middle of next week. That boundary also looks to be moisture starved with no rain currently in the forecast.