6 In The Morning Anchor, TPD Officer Reunite 10 Years After Katrina 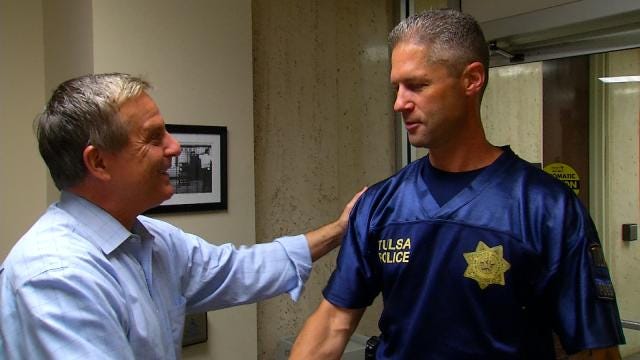 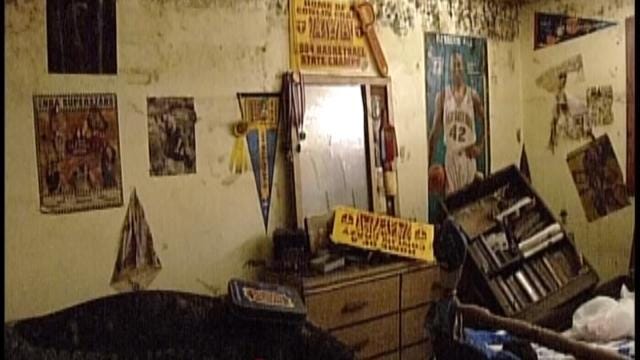 It's been nearly ten years since Hurricane Katrina hammered New Orleans and the Gulf Coast. We all remember how the levees protecting the city couldn't hold back the water.

Most people went looking for safer and drier ground; many headed to Texas and Oklahoma.

Thousands of homes and businesses have been rebuilt, but it's going to take a lot more than a decade before the Big Easy is back to the way it was.

6 In The Morning anchor Rich Lenz, was a sports anchor in New Orleans when Katrina hit, and for the tenth anniversary of the devastating storm, he returned to the city where he not only covered Katrina, but was a victim.

If there’s one cardinal rule of journalism, it’s, “report the story, don’t become part of the story.” Well, Hurricane Katrina broke a lot of things, and it certainly shattered that rule.

Ten years ago, Rich was personally, professionally and literally immersed in Katrina’s floodwaters and, ironically, it was a Tulsan who helped him start to pick up the pieces.

Ten years later, they’re both a little grayer, but back in the same city, and sat down to meet and remember that time in their lives.

"You know what's funny? I did it in rubber boots. Yeah, I remember wearing a rubber boot trying to kick that thing in," Sean recalled kicking in Rich’s door back in 2005.

In September of that year, Sergeant Sean Larkin worked in Tulsa and Rich was in New Orleans as the sports director at WDSU.

Three weeks after Katrina roared ashore on August 29, 2005, Rich was allowed to return for the first time to his house, located just a football field or two away from a huge breach in the London Avenue Canal.

Sean and he met for the first time that day. Back then Sean was a member of Tulsa’s SWAT team but was hired by Rich’s station to provide security for reporters venturing out into what was a largely lawless, out-of-control city.

"The whole situation was surreal, obviously the damage, the water, seeing people walk around with rifles on their backs. It looked like something you see in another country, almost like uh, a war was going on," he said.

As bad as it was, there were lighter moments.

"Oprah Winfrey I remember was there and her limousine was parked up there. It was so hot that her driver was letting us rotate and take naps inside of her limousine," he remembered.

Sean went from limousines to walking through a dark house that had sat in seven feet of rancid, toxic water for almost a month.

"Watching you guys having to look at what was your house and your belongings and things that you know, you as a family man cherished that were important to you, it's heartbreaking. I mean it's terrible seeing that for you guys," he said.

That’s the last Rich saw of Sean for several years until 2007, when he moved to Tulsa and 6 In The Morning.

One evening, Rich said, a fellow walked up to him in a restaurant and said, “Hey, I’m the guy who busted down your door! Small world, isn’t it?”

The 18-year veteran is now a supervisor in TPD’s operational drug unit.

Sean said, "I like to think we go after the worst of the worst and that's essentially why I became a police officer, I want to put bad guys in prison."

A decade ago he was protecting Rich from the bad guys.

Sean thought he’d only be in New Orleans a few days - it turned out to be 22 days.

"To actually see it firsthand and, I mean, was a once-in-a-lifetime experience you know, watching it on television or, even now, seeing stuff on TV about it, it doesn't do it any justice," he said.

Sean was just one of hundreds of Oklahomans who traveled to New Orleans to help after Katrina.