Arrest Made In Wrong-Way, Triple-Fatality Crash On U.S. 75 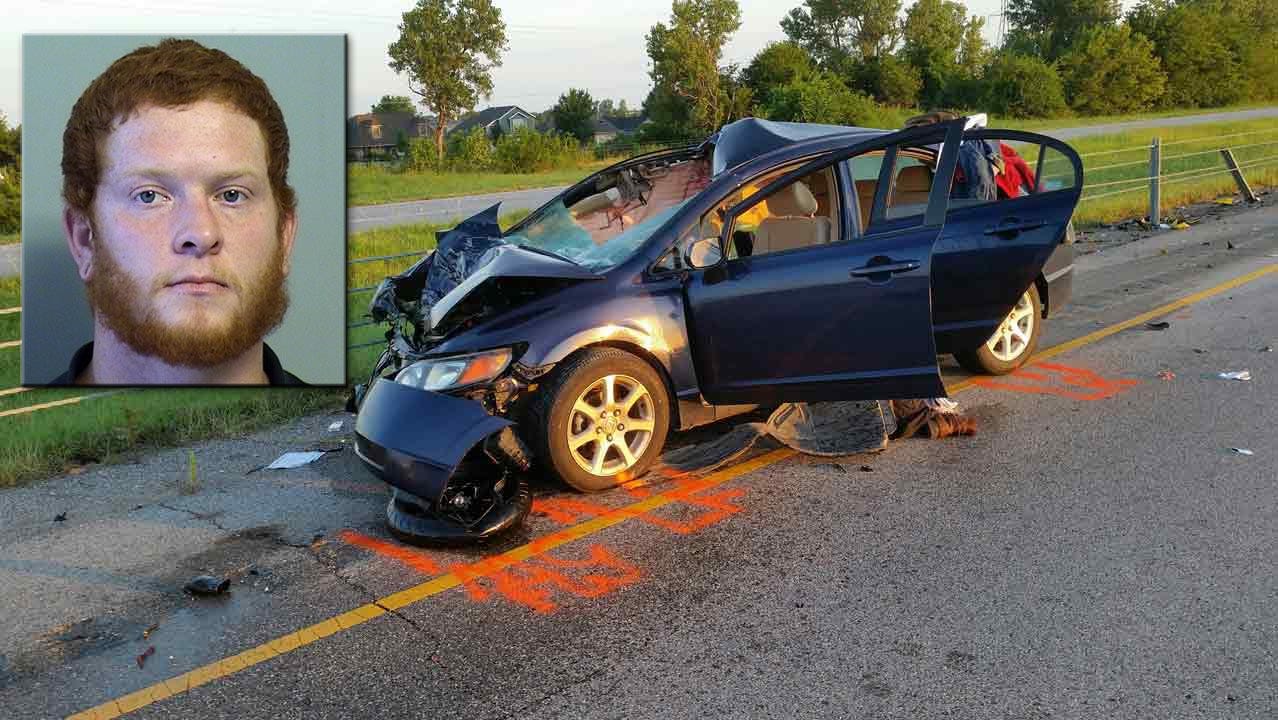 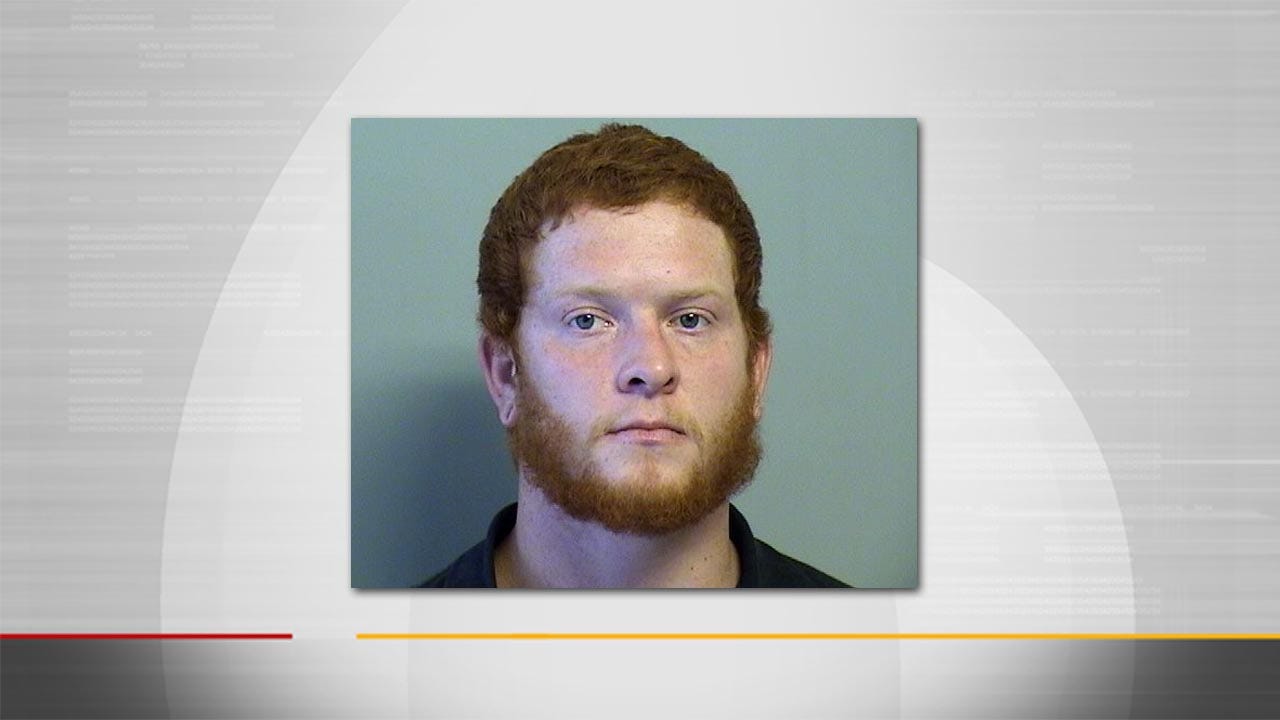 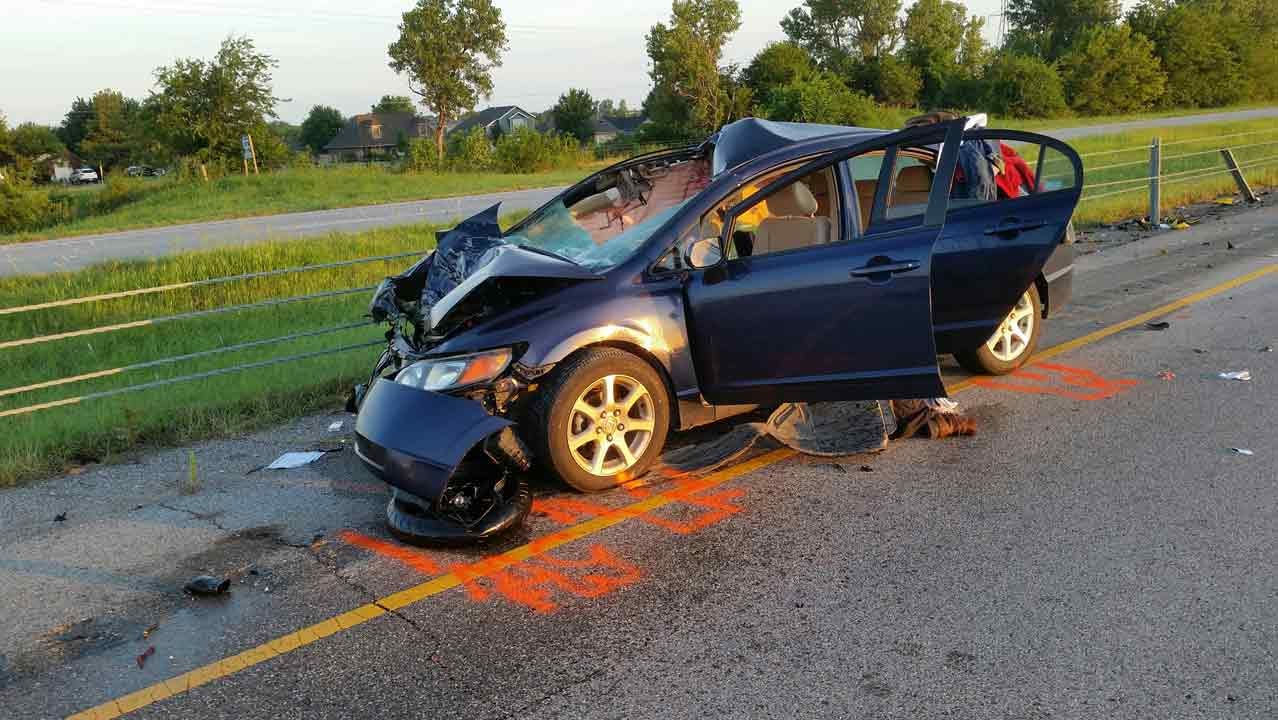 A 21-year-old Collinsville man has been arrested in connection with a Saturday morning triple-fatality wreck.

An arrest report alleges Christian Jonathan Loiler was the driver of a car that was going the wrong way down U.S. Highway 75 and crashed into a motorcycle about 3 a.m. on Saturday.

Both motorcycle riders were killed, and a woman in the car also died.

An arrest report released Sunday says first responders found both the woman and another man in the car nude at the crash scene, one of the pieces of evidence investigators claim led them to figure out who the suspected driver was.

The Oklahoma Highway Patrol says Loiler, of Collinsville, Zachary Cole Fuller, of Bartlesville, and Misty Dawn (Thirion) Morgan, of Collinsville, were in a Honda Civic that was southbound in the northbound lanes of U.S. 75 near 96th Street North.

The car crashed head on into Brandon Dale Allen and a female rider who were on a motorcycle, OHP says. Authorities have yet to release the motorcycle passenger's name. Friends tell News On 6 the couple were killed while returning home after working the evening shift at a local factory.

According to an arrest report, Loiler has been booked on three counts of first-degree manslaughter, DUI, causing great bodily injury accident while driving under the influence, no driver’s license, driving/passing on the wrong side and obstructing/interfering with a police officer.

OHP said on Saturday troopers still were piecing together crash site evidence and trying to figure out who was driving the car. By Sunday afternoon, Loiler had been arrested.

In the initial hours after the crash, and before troopers arrived, witnesses said they came upon the scene and found Loiler behind the car on his hands and knees, sobbing and emotional, while Morgan was found outside of the vehicle, near the cable barrier, the arrest report says. Fuller was found in the back seat of the car with head trauma.

The witnesses said Loiler told them he was driving the wrong way when he hit the motorcycle.

However, when troopers arrived to question him, Loiler lied multiple times, saying he was riding in the back seat asleep when the crash occurred and the other two were in the front seat, the report says.

Fuller and Loiler were transported to a hospital by ambulance. Fuller remains in critical condition, according to the report. The trooper said Loiler suffered only minor, superficial wounds and was released from the hospital shortly thereafter.

Troopers at the scene said they immediately could tell Loiler had an “obvious odor of alcohol about his breath and person, slurred speech, bloodshot watery eyes, unsteady on his feet and emotional.” Another trooper made contact with Loiler at the hospital and “noted a very strong of odor of an alcoholic beverage upon entering Loiler’s hospital room,” according to the report.

When he was questioned at the hospital, Loiler claimed he and his friends were drinking at Owasso bar Fishbonez and that he was “real drunk,” but he continued to deny driving the car and said again that he was in the back seat alone while the other two were in the front seat, OHP says.

The driver’s side air bag had been deployed, as well as the passenger side curtain air bag, according to the report. Although police redacted the names from the report, it appears as though Loiler told investigators Fuller was the one driving, and Morgan was in the front passenger seat.

“The damage was so severe; [the trooper] would expect to see extreme injuries to any occupant of that position. [The trooper] noted that although [name redacted by police] was located deceased, her injuries appeared mostly internal, and not as would be expected had she been occupying the front passenger seat,” the report says.

Loiler was interviewed again at his residence on Sunday morning.

Troopers say he had marks on his shoulder consistent with wearing a seat belt in a crash, and the only seat belt with evidence of use was the driver’s, according to the report.

“Loiler continued to deny driving and was adamant that [name redacted by police] was driving.”

Troopers arrested Loiler for multiple complaints, including three counts of first-degree manslaughter and DUI. He is being held at the Tulsa County jail in lieu of $163,300.

“Further, Loiler failed to cooperate in the investigation, lying and misleading investigators,” the report says.

Governor Stitt Delivers State Of The State To Tulsa Chamber