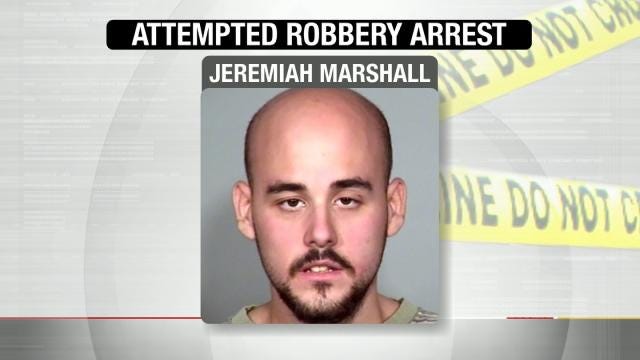 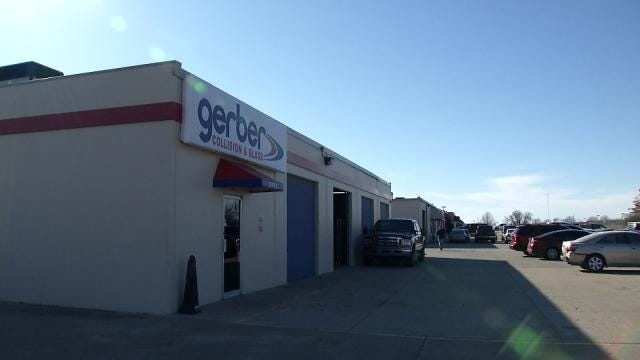 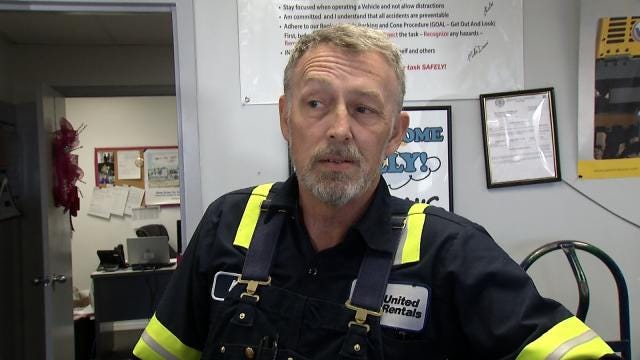 The employees weren't giving in – some thought it was a joke - and police weren't letting him get away.

Police said 24-year-old Jeremiah Marshall targeted a strip of businesses along North Elm Tuesday morning, but the employees had a hard time taking him seriously.

They said it was like he was trick-or-treating the way he hopped from store to store.

Around 9:45 Tuesday morning business had just started picking up along the busy corridor of North Elm Place in Broken Arrow.

Police said Marshall wasn't ready to take no for an answer.

“He said something else and I was like, ‘What,' and he said ‘This is a stick up,'" White said. "He took his hands and he made that motion like he had a weapon."

Investigators said Marshall never had a weapon, but White and other employees didn't know that.

What they did know, was that he seemed to be under the influence of something.

"He started to the door and turned around the second time there and my heart dropped, ‘cause I thought I just made a mistake letting him get that far away from me," White said.

Marshall kept walking to the business next door, Gerber Collision and Glass, where they had a lobby full of customers.

"I'm robbing you {he said} I'm robbing you. I said ‘What,' he said 'I'm robbing you,' ‘You're robbing me? Right, that's not a good idea,'" said Gerber Collision and Glass employee, Song Bui.

They ushered Marshall out of the building and told him to get lost, calling the would-be robber the lucky one for not having a weapon.

Store employee, Chris Helm said, "I'm glad it didn't go that way and he didn't have that cause we have guys that have equipment to take care of that."

"Makes you think a little bit about life and everything,” White said. "When people are wacked out like that you never know what they're gonna do."

The third business police said Marshall hit was an apothecary where he was also unsuccessful.

As soon as he left, police were waiting for him in the parking lot to take him into custody.