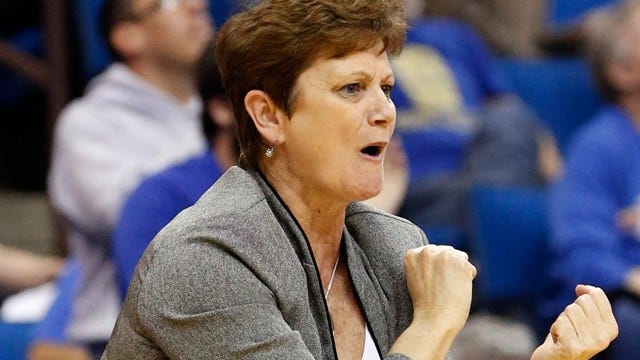 Five Tulsa players scored in double-figures to lead the Tulsa Golden Hurricane to a 78-55 lead over the New Orleans Privateers Thursday night in front of 695 fans at the Donald W. Reynolds Center. Tulsa evened their season record to 5-5, while New Orleans fell to 1-6 on the season.

Tulsa tallied 42 points in the paint, had 20 second-chance points and totaled a 20-4 advantage on fast-break points in a game in which the Hurricane led from start to finish. Tulsa had 21 assists in the game and forced 22 Privateer turnovers.

“If we shot the three better, it would have been a really fun offense, but early on we weren't making three's and that does something to your confidence. Fortunately, we were able to attack and get the ball inside. Defensively, we had too many lapses and we had too many turnovers. Some good things happened, some bad things happened, but bottom line we got the win and scored a lot of points, and now we can use this to get ready for Sunday,” said Head Coach Matilda Mossman. “When you are two rebounds away from two people having a double-double that is really good, but I am just excited we were able to out-rebound someone as that is not a common occurrence for us.”

The Privateers got as close as 12 points as Yasmin Taylor's layup made the score 61-49 at the 5:47 mark. Tulsa out-scored New Orleans 17-6 the final 5:41 to take the 23-point victory, the largest margin of the game for the Hurricane.

Tulsa scored the first six points of the game, all on layups, and went out to an 11-2 lead with 17:11 on the first-half clock on a Grovey three-pointer. The Hurricane used a 12-0 run to sprint out to its biggest first half lead at 25-8 with 10:20 left on the clock.

The scrappy Privateers went on a 7-0 run to cut the Hurricane lead to 10 points at 27-17 with 5:48 remaining in the first half, as Tulsa went scoreless for 3:10 until Teanna Reid's layup broke the Hurricane drought. A three-pointer by Randi Brown cut the UNO deficit to single digits at 29-20 at the 3:59 mark. Tulsa scored six points the reminder of the half to take a 35-21 lead at the intermission.

The Hurricane shot 46.9 percent from the field, and scored 24 of its points inside the paint. Grovey led the way with nine first-half points, while Brown led the Privateers with seven points.