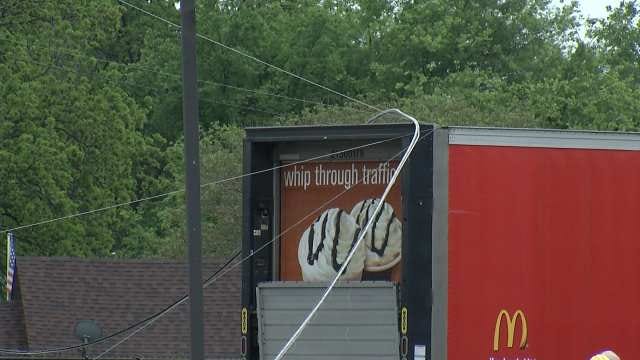 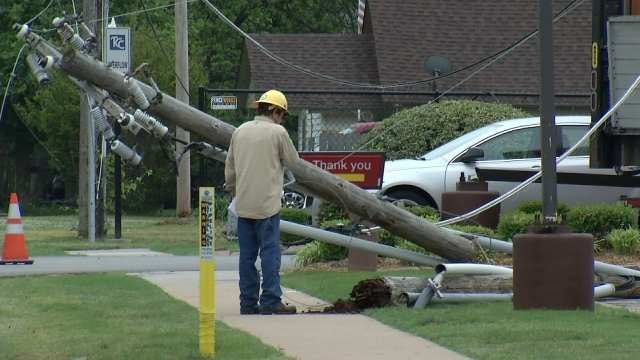 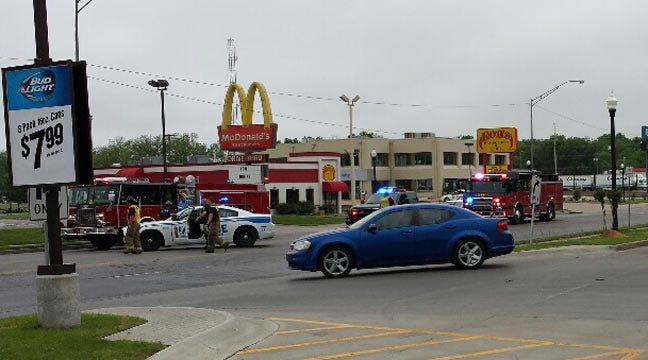 Early morning traffic snarled temporarily in Glenpool after a semi driver took out a power pole. It happened at 141st Street and Barber shortly after 8 a.m.

A semi truck pulling into the McDonald's snagged a low-hanging power line and pulled a pole down. The downed line fell across Barber Street, just east of the fast food restaurant.

The driver of a Jeep ran over the line which became tangled up underneath the vehicle.

Crews were able to clear the scene quickly, and no power outages were reported.