WEB EXTRA: Scenes From The 71st And Elwood Accident 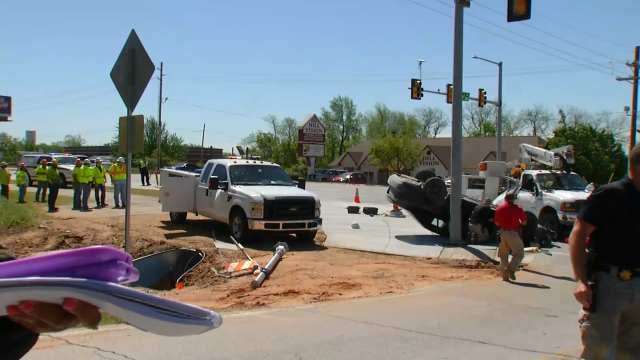 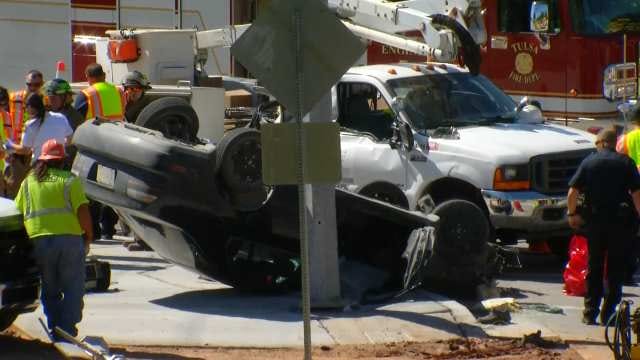 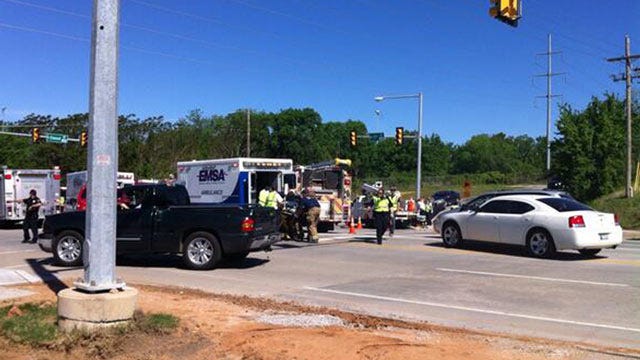 Police say the second of two city contractors has died after a car hit them in south Tulsa Monday morning.

Police say a car was traveling west on 71st Street when it hit a curb and rolled over, then hit two people who were doing contract work for the city of Tulsa.

One worker died at the scene, the second died Monday afternoon at the hospital.

Police are still investigating what caused the driver to lose control. They are waiting on blood work to determine if charges should be filed.

Sergeant Lance Eberle with the Tulsa Police said, "It looks like the vehicle, for some unknown reason, left the roadway headed westbound, struck a concrete embankment and went airborne, struck the two contract workers and their vehicle."

They were working on the traffic lights on the north side of 71st Street, according to police.

One worker was pinned between the car and the workers' truck, the other worker was thrown by the impact.

Witness Brooke Hatten was first on the scene and called 911. She said, "We got out of our cars and ran across 71st Street and came up on the scene, and there was a worker laying on Elwood on his back. The two men in the black car were just laying there, seemingly lifeless, and then another worker under the work truck."

Hatten said they started taking pulses and getting other people to help with CPR.

The driver of the car that hit them is also in critical condition. Police say the passenger in the car was not seriously hurt.