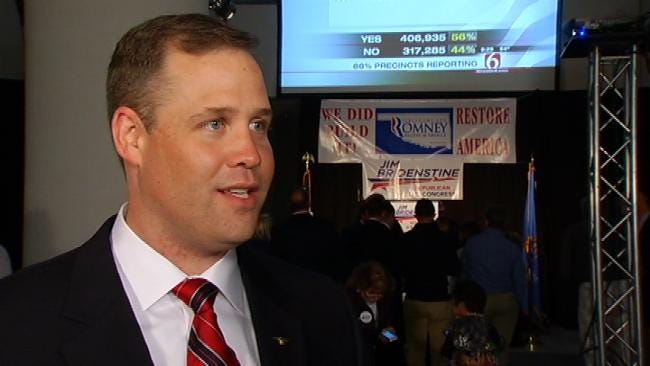 Congressman Jim Bridenstine appears to have won re-election without a single vote being cast.

View All The Candidates Here

According to the state election board, no challengers - Democrat, Republican, or otherwise - filed before Friday evening's deadline in the first district, but the state's list isn't official until lunchtime Monday.

Bridenstine filed his paper work to see his second term earlier in the week. The 38 year old knocked off five-term incumbent, John Sullivan, in 2012 to gain his first term.