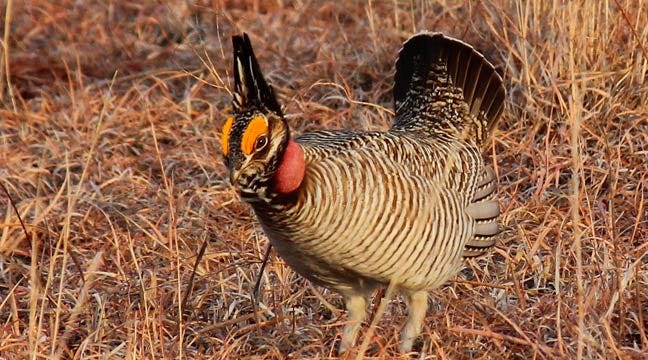 The state of Kansas has joined Oklahoma in a lawsuit challenging the process used by the federal government to list the lesser prairie chicken as a threatened species.

Kansas officials contend that the listing isn't necessary because the five states with lesser prairie chicken habitats have developed a conservation plan. They are Kansas, Oklahoma, Colorado, New Mexico and Texas.

The U.S. Fish and Wildlife Service says the lesser prairie chicken's population has decline dramatically since 2012.