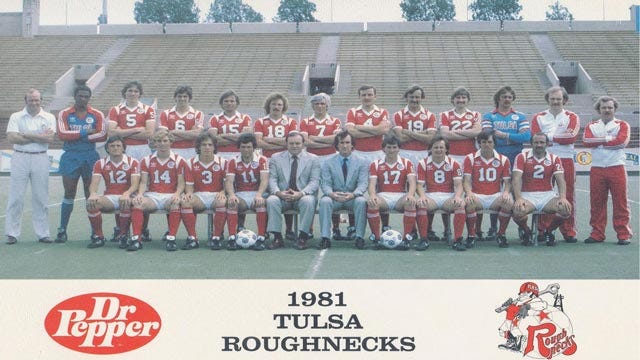 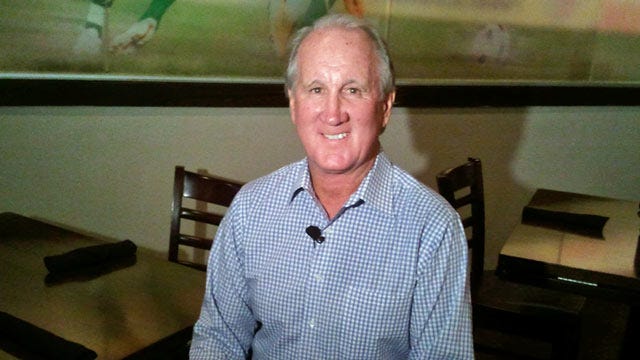 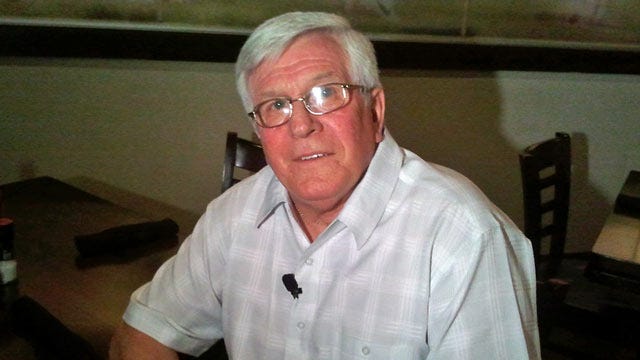 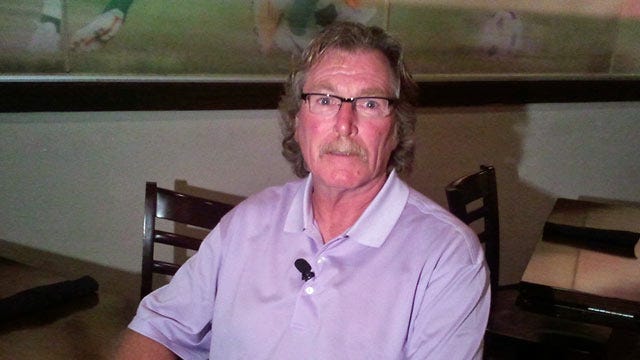 Several members of the Tulsa Roughnecks professional soccer team will commemorate the team's victory in the 1983 Soccer Bowl, by reuniting at a charity event this month.

The underdog Roughnecks defeated the Toronto Blizzard 2-0 on October 1, 1983 to win the team's only championship of the old North American Soccer League.

Thirty years later, players will reunite for a charity dinner at H.A. Chapman Stadium, the same stadium where the team played its home games from the late 70s until 1984 when the league folded.

The Roughnecks became one of the most popular teams in the NASL after moving from Hawaii to Tulsa in 1978. The only player to make the move with the team was Charlie Mitchell, a defender from Scotland who would eventually become the team's coach.

Mitchell and former players Victor Moreland and Alan Woodward sat down with News On 6 on the 30th anniversary of the team's Soccer Bowl victory to talk about how they came to Tulsa and why they've stayed.

Mitchell said the first image that popped into his head when he heard the team was moving to Tulsa was tumbleweeds. He was thrilled, because he'd been to Dallas and knew the weather would be warm. He's not a fan of the weather in his native Scotland.

In the early 80s, he opened pubs in Tulsa that bore his name. At the same time, he founded the Bixby Highlanders football club, before becoming head coach for both the men's and women's teams at Northeastern State University in Tahlequah. After 10 years, he resigned and went back into the restaurant business.

He's still involved with the Highlanders, and still loves Tulsa.

"I've figured this out. I've actually been here longer than I've lived in Scotland, so I'm two years more American. I became an American citizen when my daughter was born in 1976, so I consider myself American-Scottish, but mostly I'm an American and I'm proud of it."

Mitchell says he keeps in touch with former Roughnecks Victor Moreland, Alan Woodward, Alex Skotarek and Steve Earle, among others.

He says he doesn't get back to Scotland much, because his family comes to the U.S. instead. He's thrilled to see soccer so popular in his adopted state.

"I think it's terrific," Mitchell said. "It's just a perfect sport for young kids to play."

"I just fell in love with the place, that's why I'm still here," said Alan Woodward, who became a fan favorite thanks to his powerful shots on goal.

He says the weather in Tulsa is much better than his native Sheffield, England, but he also appreciates the convenience.

"Anything that you need here, no matter what time of the day, you can get it. Back home, you run out of bread or milk at five or six in the evening, you're stuck with it until the next day."

Woodward said he last visited England three years ago and doesn't plan to go back.

He's not surprised at how popular soccer has become in Oklahoma. He said the same day he stepped off the plane in Tulsa, he conducted a soccer clinic in Bixby.

"I just got here from England. Where's Bixby? I mean, 71st Street, it was wilderness out to Bixby, wasn't it?" he joked.

The children at that clinic are now adults with soccer-playing children of their own now. Woodward said he knew from a very early age that he would be a professional soccer player. His advice to young players now: "Just keep playing, take the ball to bed with you."

Mitchell and Moreland were inducted into the Oklahoma Soccer Hall of Fame in 2012.

Victor Moreland said he arrived in Tulsa on a Thursday night as a youngster who couldn't even grow facial hair. The next day, he and the Roughnecks traveled to New York to play the Cosmos.

His first memory of Tulsa was the hot, dry weather. He didn't see rain all summer until he returned to the United Kingdom after the season was over.

Moreland said his best friend is former Roughnecks player Billy Caskey, who moved back to the United Kingdom after his stint in Tulsa.

The team that won the Soccer Bowl was not the best team on paper, Moreland said. He said the coach wasn't on the flight to Vancouver, because he was still celebrating in the Roughnecks office, so the players reacted accordingly.

"All the players get on the plane and we went off and true professionals as we are, we thoroughly enjoyed ourselves before the coach arrived," he said with a big laugh.

Moreland is still impressed with the fans who supported the team, especially during its championship season. Their devotion became obvious after the Roughnecks defeated Montreal in the semifinals.

"As soon as that game was over, we had fans get in their cars and drive to Vancouver. That's a drive. I like to drive, but I don't think I would have driven that far."

Moreland hopes soccer continues to grow in popularity in Oklahoma. He said it's important for kids to set goals if they want to get to the top levels of soccer.

Moreland's roots in Tulsa are deep. He pointed out that he married a Tulsa girl, even going so far as to exchange vows with his bride on the field at a Roughnecks game, hours after they'd been married at a chapel on the University of Tulsa campus.

Moreland and the other former players will take part in a reunion at H.A. Chapman stadium on October 14, 2013, sponsored by Tulsa Sports Charities.

Get more information on the reunion.

Tickets cost $75, with proceeds benefiting the Dr. George Mauerman Scholarship at the University of Tulsa and Street Soccer.