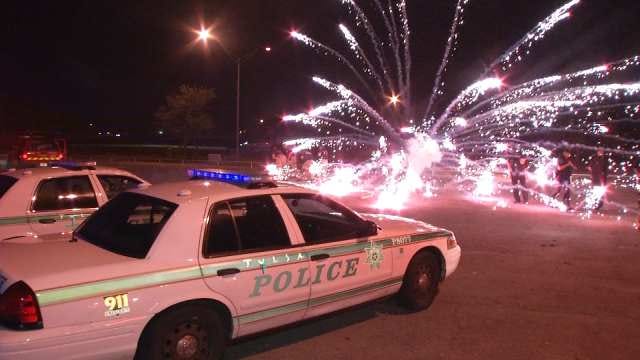 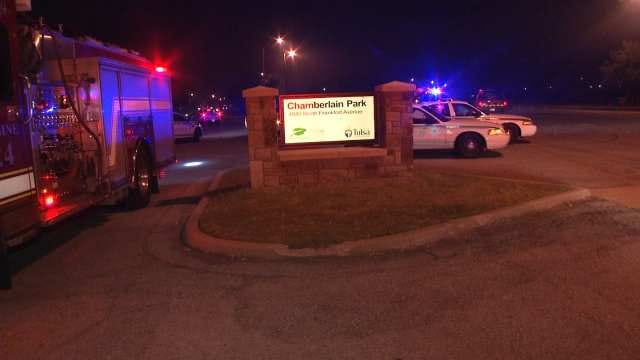 For the second year in a row, a crowd with fireworks got out of hand in Tulsa during Independence Day celebrations.

A group shot fireworks onto the roof of the Chamberlain Park Recreation Center, which sparked a fire.

The fireworks were being shot at first responders when the News On 6 camera arrived at the scene.

Officials appeared to be briefly stunned by what was happening before they took off running after at the culprits.

The police helicopter was called in and several extra police cars arrived.

Police didn't catch anyone, but they did shut down the party.

"It took several officers out there to get the situation under control," TPD Officer Leland Ashley said. "I don't show any arrests or anything at this point, and we were able, after about an hour or so, to clear that location."

On Friday, the entire park was littered with firecrackers, Roman Candles and all sorts of other fireworks.

There was more on the surrounding streets, and all of it is illegal to have in the city limits, not to mention shooting at police officers.

Somewhere in the middle of all the fireworks being fired, a Roman Candle went up on the roof of the rec center and set it on fire.

The contractors who were out before the Fourth of July working on replacing the roof were out again on Friday looking at the damage and planning the repair.

There was a small hole burned into the new roof, but they were surprised it wasn't worse because there was fresh tar around where the fireworks landed.

The damage to the community center is minor.

Practically the same thing happened in 2012 when a crowd of people shooting fireworks didn't stop when police asked them to.