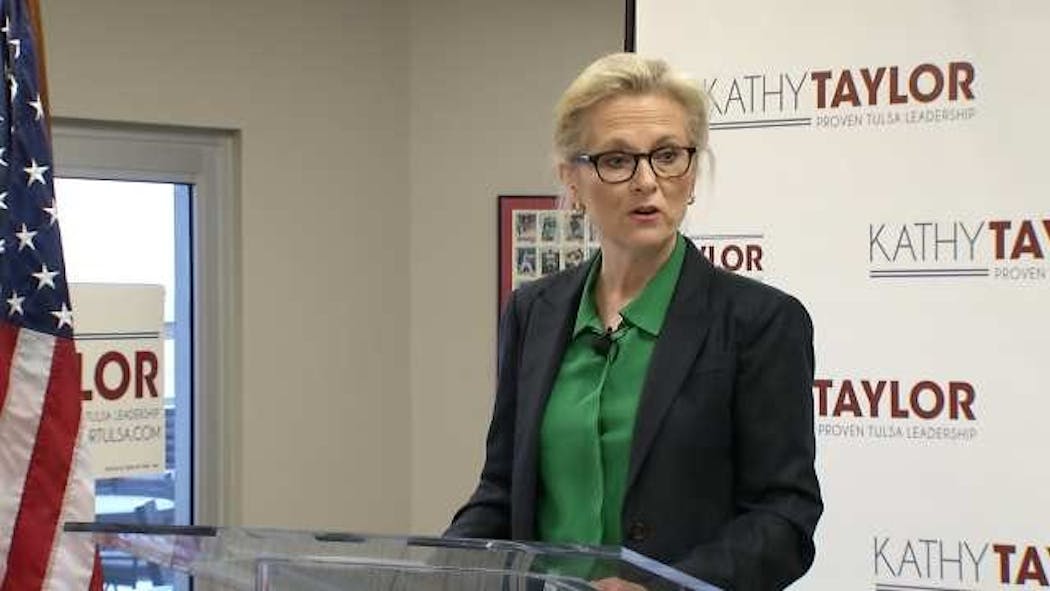 Former Mayor Kathy Taylor took supporters out to the ballpark to kick off her run for a second term.

Hundreds of people showed up at OneOK Field to launch the Taylor for Tulsa campaign.

They were treated to free popcorn, hot dogs, and Taylor's assurances that she is the right candidate to move the city forward.