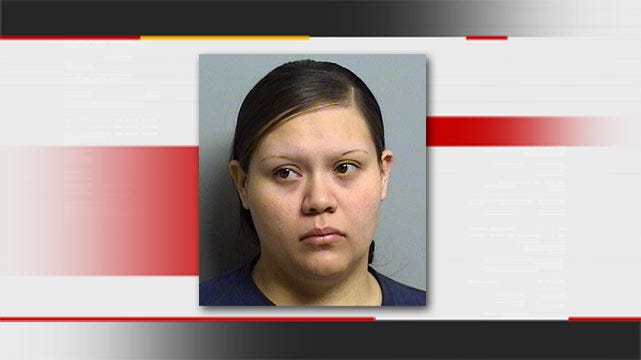 An argument over loud music landed a Tulsa woman in jail and her two children in Department of Human Services custody.

Tulsa Police arrested Veronica Thompson, 21, Thursday evening after officers were called to an apartment complex in the 1000 block of North Irvington.

Neighbors called police after asking Thompson to turn down the music. A short time later, they say, Thompson and several men began kicking the door to the neighbors' apartment.

The neighbors told police one of the men pointed a handgun at them and said he "was going to shoot."

After getting permission to go inside Thompson's apartment, police say they discovered a marijuana plant, a growing light as well as children's toys and clothes, all in a bedroom closet.

Both children were in the apartment at the time.

Thompson was arrested on complaints of cultivation of marijuana in the presence of a minor, two counts of child endangerment and an outstanding warrant for larceny.

Thompson remains in the Tulsa County jail on a $55,300 bond. Jail records show a court appearance set for February 22nd.