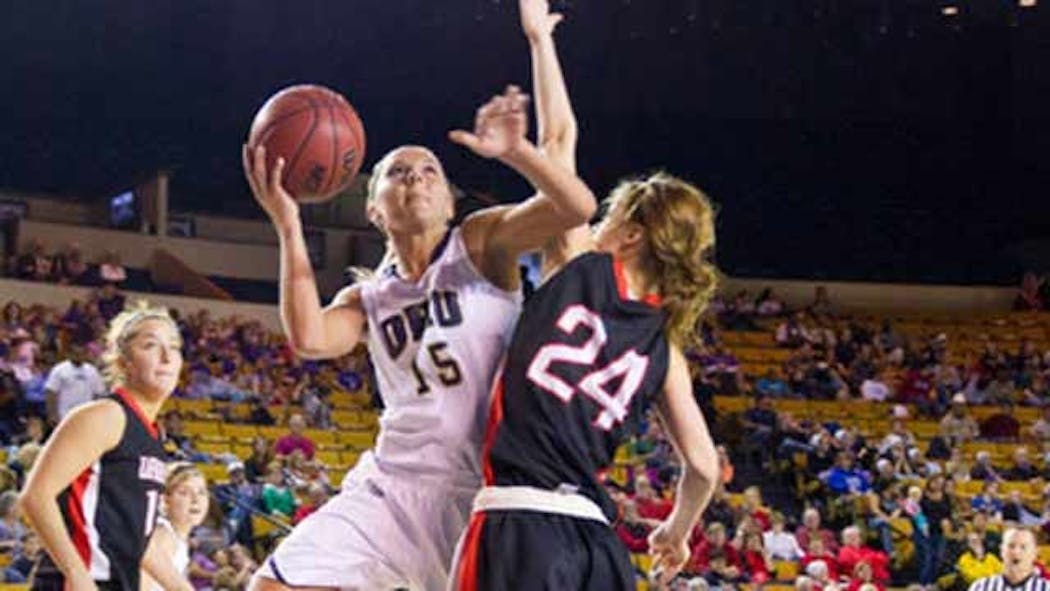 ORU held the Bearkats to a 19.6 percent field goal percentage, a new program record for lowest shooting percentage allowed in a game.

The Golden Eagles used a balanced scoring attack to rout Sam Houston. Jaci Bigham led the way with 17 points, while Taylor Cooper added 16, Christian Key had 15, Kevi Luper chipped in 13 and Savanna Buck scored 11 on the night. ORU put five players in double-figures for the second time this season.

Britini Martin was the only SHSU player in double-figures, with 10 points.

The Golden Eagles shot 43.5 percent as a club, including a 55.6 percent mark in the second half.

Later, a 16-4 run gave the Golden Eagles some breathing room. Key scored five straight points on her own to cap the run and give ORU a 22-10 lead with 8:29 left in the half.

ORU closed the half on a 9-0 rally to take a comfortable lead into the locker room. Cooper scored the last five points of the period, giving the home team a 36-19 lead.

Cooper and Key scored 11 points each to pace the Golden Eagles in the opening period, while SHSU shot just 19.2 percent from the floor.

The Golden Eagles started the second half with a 7-0 run, blitzing the Bearkats and building a 24-point lead. Two free throws from Bigham at the 18:02 mark gave ORU a massive 43-19 edge.

ORU used a 14-0 run midway through the half to put the game out of reach. Bigham and Luper each hit a pair of three-pointers during the run, which gave the home team a 63-27 lead with 11:45 left.

The Golden Eagles pounded Sam Houston on the boards, 53-33, including a season-high 20 offensive rebounds.

Buck's 11-point outing is a personal high in SLC play. The senior was 4-for-9 from the floor and 3-for-3 from the free throw line.

SHSU had just five field goals in each half and was just 2-for-15 from three-point range for the game.