Previewing The Liberty Bowl Between Tulsa And Iowa State 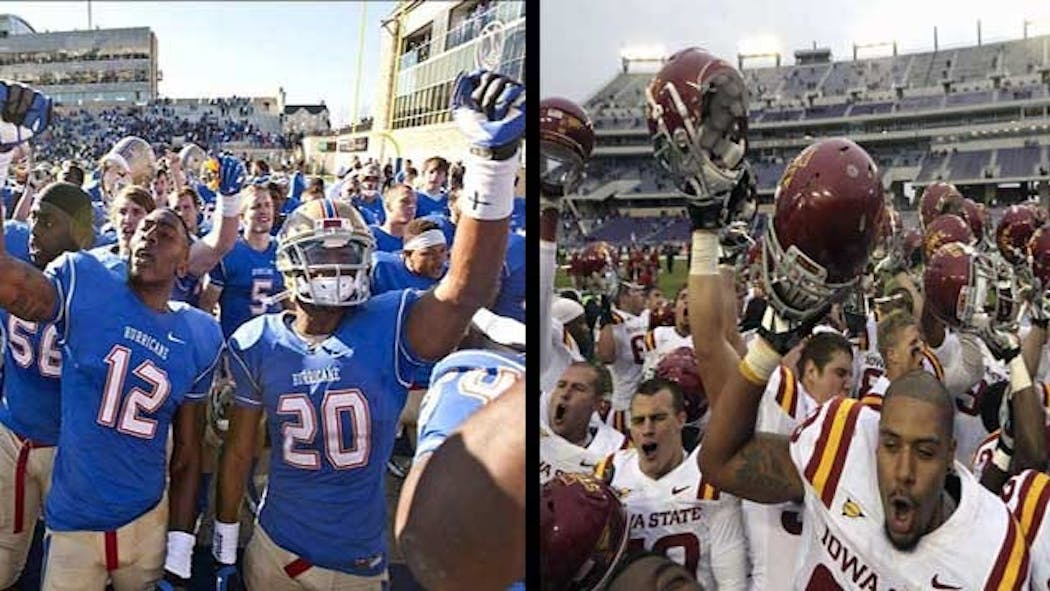 It's been one of the most successful seasons in Tulsa football history, and it's not over quite yet.

Regardless of the outcome, the 2012 Liberty Bowl will make some history. Since the NCAA expanded the FBS regular season to 12 games in 2006, this will mark the very first time a team has played its first and last game of its season against the same opponent.

The book-ended schedule not only provides nice symmetry, it gives the Golden Hurricane a chance to redeem their worst performance of the season: the 38-23 loss back on Sept. 1.

That game was the only time this season TU has looked confused and genuinely frustrated for a long stretch of play. Part of that had to do with a new quarterback and general first-game sloppiness, but those weren't the only factors. The Golden Hurricane defensive unit has become much more consistent since that game while the offense has found its identity through the run.

Both teams ran the ball well the first time around, each gashing the opposing defense for 160 yards. Trey Watts had a huge day for the Hurricane with 122 rushing yards on just 10 carries while also returning two kicks for 80 yards. Shontrelle Johnson carried the ground game for the Cyclones, racking up 120 yards on 18 carries and a touchdown. While both teams will probably run it often, their attacks will look mighty different. TU has incorporated the size and strength of Alex Singleton into the game-plan while Johnson won't play due to injury. Tulsa should hold a heavy advantage on the ground.

The quarterback matchup will be another fun factor to watch. Nothing has changed on the Cody Green front as Green must simply continue to make the necessary throws while limiting mistakes. The big change comes on the Iowa State side as freshman Sam Richardson has taken over the starting role from Steele Jantz. Richardson's mobility adds a new dynamic to the Cyclones' attack. In his two starts, Richardson has thrown for 412 yards, seven touchdowns and zero interceptions, while also rushing for 162 yards and a score. If the TU defense can get some pressure on Richardson it might force him into some crucial freshman mistakes.

Win or lose, TU should be proud of what it has accomplished this season. With that said, tying the school's single-season win record by getting redemption for the season-opening loss in Ames would be a fitting end to this championship season.

Iowa State is just 3-6 in its past nine games while Tulsa is on an absolute roll. While I completely agree with the decision to start Richardson and build for next season, I think it might cost the Cyclones. Despite Richardson's impressive scoring numbers, he was just 13/31 passing against a terrible West Virginia defense, and if that accuracy doesn't improve, the TU secondary will make him pay.

This should be a tight game that comes down to fourth-quarter execution. I'll go with the team that has made winning the expectation, not the hope.