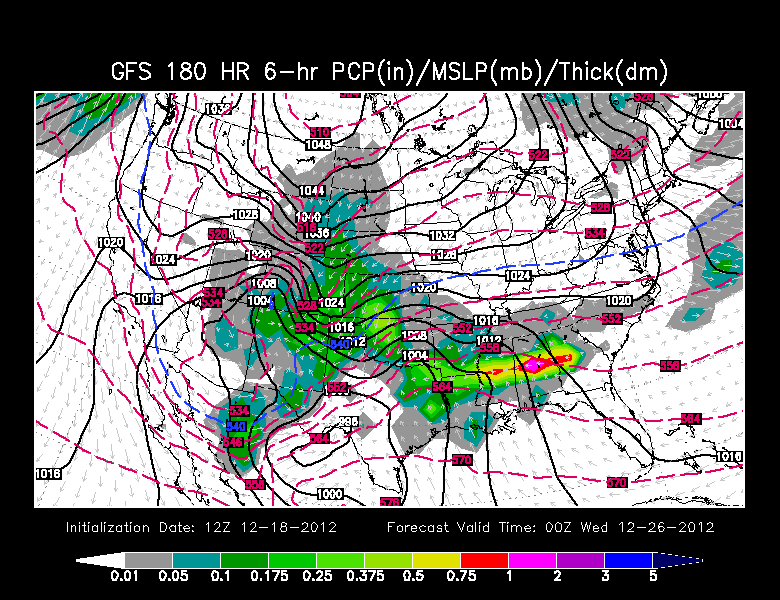 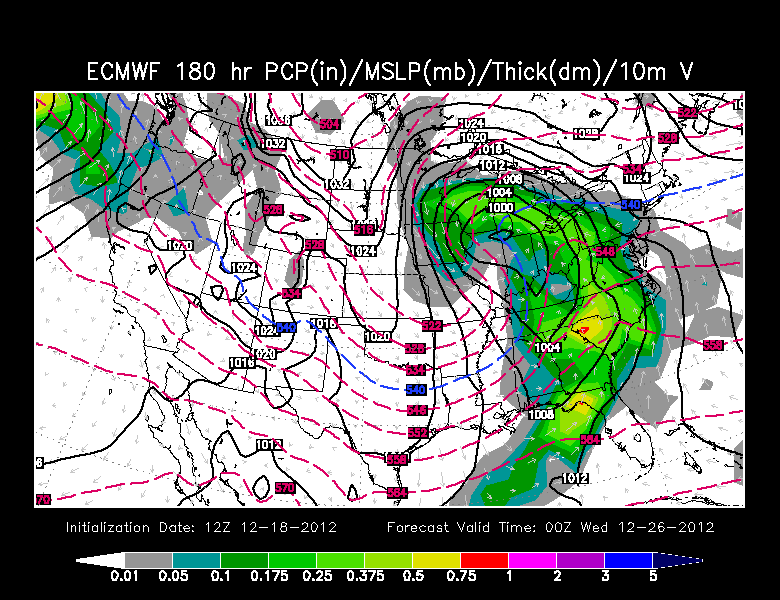 If you happened to catch my last blog post, I mentioned that while snow and rain are hard to come by with our current drought and upper-level pattern, the jet stream is still very active. An active pattern means lots of energy to create storm systems, which our computer models are now doing in a big way next week. Before we get ahead of ourselves, I'll tell you about our first chance of some wintry weather.

The next 24 hours will continue our pattern of unseasonably warm and dry weather. The south winds will pick up feverishly Wednesday as a strong storm system draws near. This one promises to bring lots of snow and wind to our north across the Midwest and potential severe weather just to our east. We are at the fringe of both threats. As the cold front sweeps through that evening, gusty northwest winds (at times, up to 40 mph) will usher in a biting cold air mass along with a few snowflakes. The best chance of seeing a passing light snow shower or some flurries are near and north of the Highway 412 corridor after midnight into early Thursday morning. Accumulations outside of a very minor dusting aren't expected, but the wind-driven snow could reduce visibilities for awhile just north into Kansas.

After that cold snap Thursday, we are back to quiet and mild conditions by December standards. There is already quite a bit of talk surrounding the next storm system, which may be stronger and take a more southerly path. As early as Christmas Eve, we may see some light rain showers in association with the storm. It's doubtful we'll be cold enough for any frozen precipitation until late Christmas day or even later. Thus, an official White Christmas is still fairly doubtful. Regardless, the timing of the system has grabbed the attention of many, even this far out. The big travel days following Christmas may be impacted here in Oklahoma IF this system takes a certain path. Which path this low-pressure system takes is the million-dollar question.

I've attached two computer model images of surface pressure, wind, and precipitation valid at 6pm on Christmas Day. The first map is from the GFS and hints at rain through this time. The map below is from the EURO and the system is centered much further north as it passes us by with NO snow. Both the timing AND the track are significantly different. That is why you should be extremely wary of bold claims and forecasts for this system this far out in time. (This is also why forecasting is such a challenge!) The GFS model goes on to bring us a substantial amount of snow and wind that would snarl travel from Wednesday on through late week.

The one thing that seems fairly certain is that this will be a major storm system. Somewhere will likely get quite a snowstorm out of this. We can't even rule out severe weather! With this great of uncertainty, the best plan is to be prepared. Maybe you or someone you love could use a snow shovel for Christmas! Keep an eye on the changes, as there are bound to be plenty. We'll be working hard to give you all the latest information as the time draws closer. Be sure to follow me on Twitter: @GroganontheGO or "like" me on Facebook for further updates!