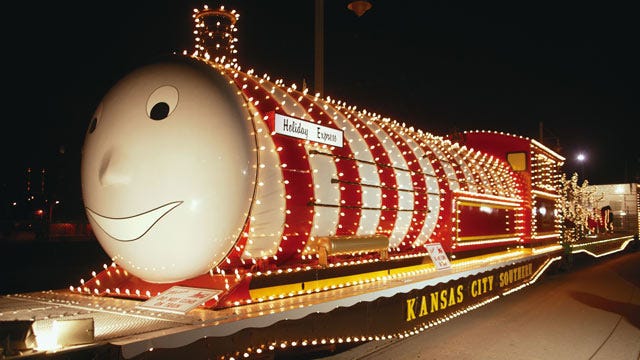 A special train bringing holiday cheer is winding up its journey through Arkansas and Oklahoma and now headed to Kansas City.

It's already made stops in Louisiana and Mississippi. Last week it visited Arkansas and Eastern Oklahoma with stops in Heavener and Stilwell.

Final stops are scheduled this week in Joplin, Missouri on Tuesday and Pittsburg, Kansas on Wednesday.

The trip ends Friday at Kansas City's Union Station, where the train will be on display through Sunday.

The train features a specially decorated engine dubbed "Rudy," a gingerbread boxcar, a flatcar carrying Santa's sleigh, plus reindeer and a miniature village. There's also a snow-covered stall filled with model train displays, the elves' workshop and even a little red caboose.