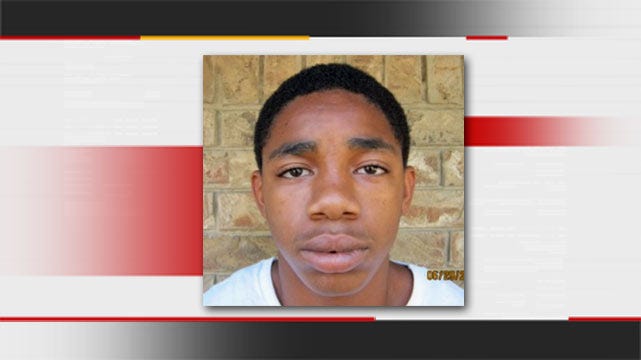 A Tulsa teenager wanted in connection with a July 2012 murder in Joplin, Missouri is believed to be back in Tulsa.

Joplin Police say Marcus Stephens, 17, was one of five people burglarizing a Joplin home on July 6 when one of them shot and killed 23-year-old Jacob Wages.

Joplin Police say the shooter was Daniel Hartman, 17, who's also from Tulsa. He's in the Jasper County, Missouri jail charged with first-degree murder in the case.

The other suspects in the case are from Joplin and are in custody.

Tulsa Police said Marcus Stephens also goes by the name of Marcus Hill. He is a black male, 5-foot-9 and 130 pounds with black hair and brown eyes.

Anyone with information on Marcus Stephens is asked to call Crime Stoppers at 918-596-COPS.