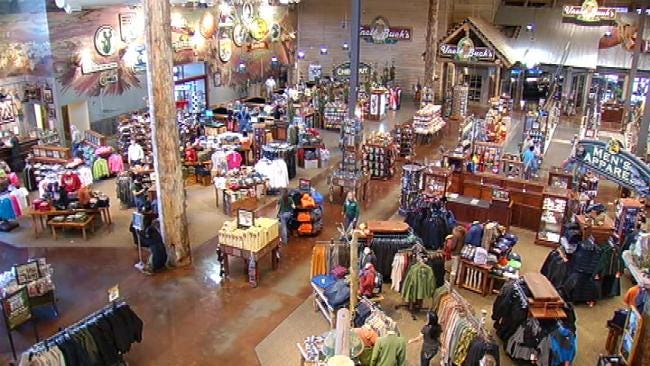 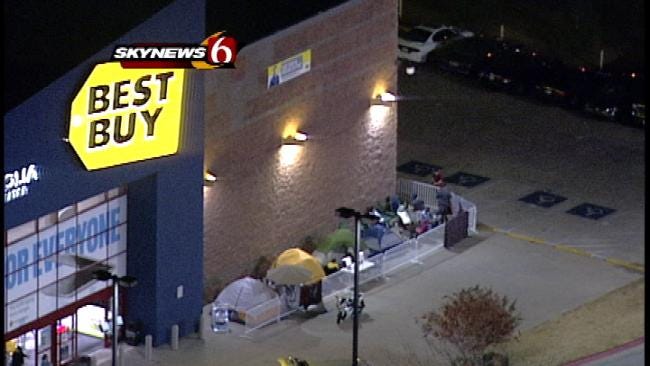 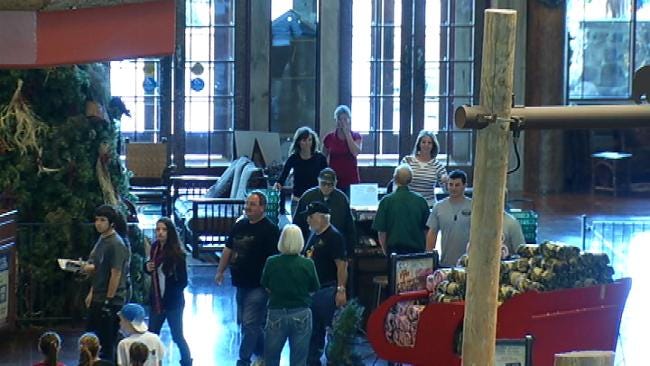 Some folks barely put the leftovers into Tupperware before they hit the stores, this Thanksgiving.

Bass Pro Shops in Broken Arrow opened their doors at 8 a.m. Thursday, in hopes people would step away from television and food long enough to cash in on a few of the deals.

One store manager said the real rush began yesterday, with more than 7,000 people coming through the doors.

The lines have thinned out, but the people we talked to said they were expecting a packed parking lot and longer lines in the checkout isle.

"We usually come here every year, because of the Santa thing, so it was a little shocking to see the parking lot so empty," said shopper Josh Tuck.

"Everybody was closed, and we knew they were open, so we thought, ‘Man, it will be packed,' but it was empty," said Derek Brown.

Bass Pro is also hoping to cash in on the Black Friday phenomenon. They plan to open their doors at 5 a.m., one hour earlier than they did last year.

And their not the only ones opening their doors earlier this year....

Tonight a number of retailers are turning Black Friday in Black Thursday-- opening their doors at 8 o'clock tonight.

As for other stores, Walmart, Sears, K-Mart and Toys 'R Us kick off shopping at 8 p.m.

Best Buy, Old Navy, Kohl's and Macy's will open at the stroke of midnight.