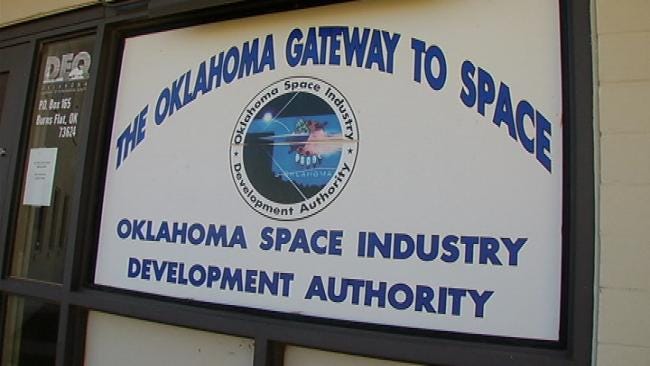 Thirteen years ago state lawmakers made an investment to start a space industry in Oklahoma that, so far, hasn't taken off. Now - almost $30 million later - some say it doesn't take a rocket scientist to tell it's time to pull the plug on The Oklahoma Space Industry Development Authority. But others say it's not a good idea to quit now because the industry is about to take off.

The Race To Space

The race to space has begun and Oklahoma is falling behind. Private rocket companies are looking for places to land their operations as they test their many different types of rockets for commercial use. Oklahoma does not have an anchor tenant at its spaceport. Virgin Galactic with its eccentric leader, Richard Branson, is poised to be the first company to launch its customers into space, but its launch pad is in New Mexico at Spaceport America. Other companies have landed their operations in states like Florida, California and Texas, bringing jobs to those states and the possibility of creating an entirely new industry there.

The race is not just to launch people into space via space tourism. There are several markets emerging with the advent of commercial sub-orbital launches, including the satellite launch market, research and development and even high-speed port-to-port shipping.

But what about Oklahoma?

Oklahoma was one of the first states to have a designated spaceport and, according to many within the space industry, it has a lot going for it compared to other spaceports. It's run by the Oklahoma Space Industry Development Authority at the Clinton-Sherman Industrial Airpark in Burns Flat.

Bill Khourie is the Director of The Oklahoma Space Industry Development Authority (OSIDA), and says the space corridor is an extremely important asset to Oklahoma, because other spaceports will have to wait for federal approval for each launch. Because Oklahoma's corridor is not within restricted or military airspace, no permission is needed to launch rockets. Khourie, and others in the industry, believe some companies may run into trouble when they start asking the feds for permission to launch.

We're paying for it

When lawmakers voted to create OSIDA, the state projected the space agency would create 22,000 new jobs as it created a space industry. That hasn't happened. Fewer than 50 jobs can be attributed the agency and its facilities. (Khourie says OSIDA's contract with the US Air Force to use its runway helps sustain all of the jobs at the Vance and Altus Air Force Bases.)

State lawmakers have approved annual appropriations and some rainy day funding for OSIDA, totaling nearly $9 million, since 2001. The state agency will receive about $400,000 in 2013. Critics say that investment is not paying off.

"It's clear that space travel is not creating a large industry payback for the state of Oklahoma," said Jonathan Small of the Oklahoma Council of Public Affairs.

Small is leading an effort to raise awareness about OSIDA, hoping lawmakers will strip it of its state funding.

"It's completely understood that it's failed and no one that looks at it realistically believes that it hasn't failed. So I think that the idea that the taxpayers should foot the bill for an industry that can't get started is just not right," said Small.

But Khourie says not so fast.

Khourie said OSIDA is paying for itself by contracting with the Air Force to use its runway and he believes it's only a matter of time before the runway is used to launch rockets.

It's a Pay-to-Play Industry

Khourie said, because of the state's investments, Oklahoma's Spaceport now has everything rocket companies need.

The only thing holding them back, he said, is more money.

"That's what they're looking for... in conjunction with a place to operate," said Khourie.

X-COR's Chief Operating Officer, Andrew Nelson, told us in a phone conversation that he'd love to set up shop at Oklahoma's spaceport but he needs an investor.

He said that investor would be more like a customer. He said to consider X-COR the Boeing of space. His company needs a customer, like American Airlines in the aerospace industry, to use his rockets. He said that customer could be private, public, or a combination of the two.

But the state could be a tough sell. After an $18 million tax credit was lost to the state's first spaceport hopeful, Rocketplane, in 2010, many lawmakers have tried to shut down OSIDA altogether. The agency has narrowly survived.

Space industry insiders told us the Rocketplane debacle not only cost Oklahoma tax dollars, it created a lack of confidence in OSIDA that continues to keep some investors from taking our state seriously in the race to space.

Oklahoma's Secretary of Science and Technology, Stephen McKeever, says he believes our state will find an investor and someday have a successful space industry. He's advised lawmakers to continue funding that dream.

"I would say people need patience in this endeavor," said McKeever. "We have a tremendous facility out there and for us to turn our back on all of that, I think, would be very foolish."

McKeever believes state lawmakers were actually visionaries when they created OSIDA--perhaps too visionary. He said the technology hasn't developed as quickly as the vision. But when it does develop, he said, Oklahoma's Spaceport will be busy.

"There's a whole new world out there and we are in the position where we can go for it if we stay the course," said McKeever.

McKeever also points to another key industry the spaceport could be used for. You may have heard Governor Fallin pushing to make Oklahoma the premier state for unmanned aircraft - or drone - technology. Right now, that industry has its sights on Oklahoma's spaceport, using the space agency as its incubator. 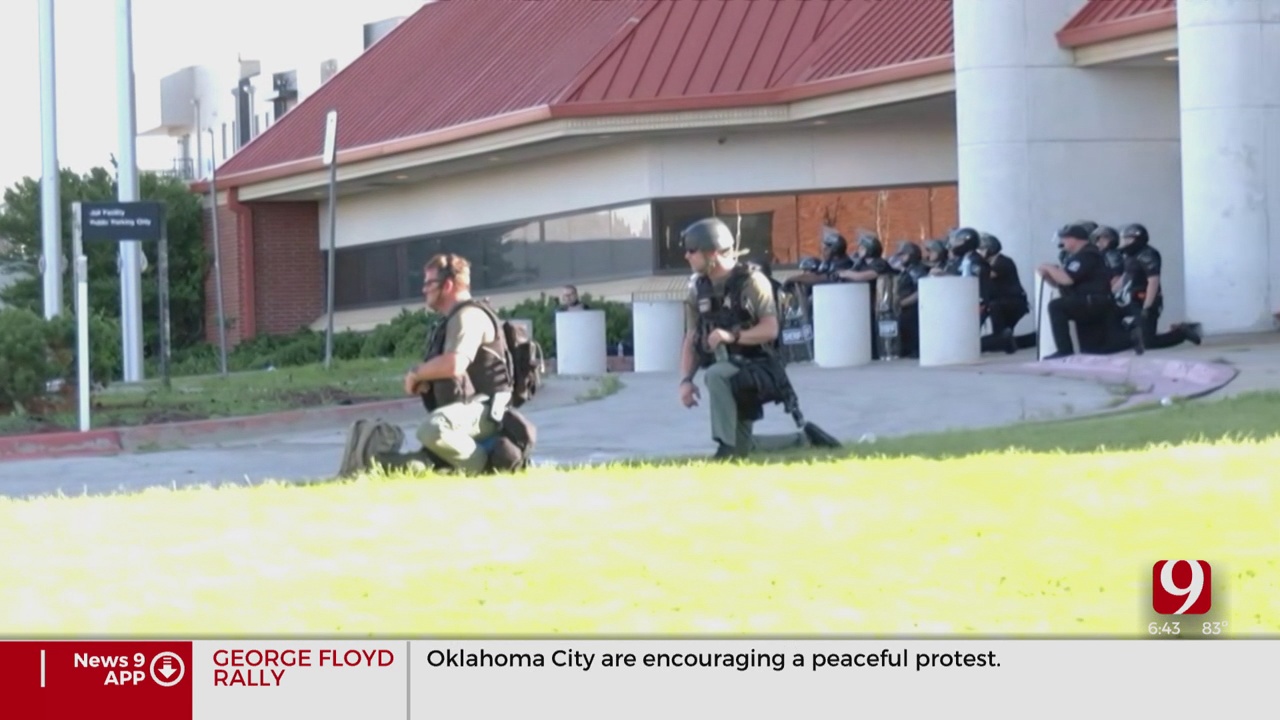 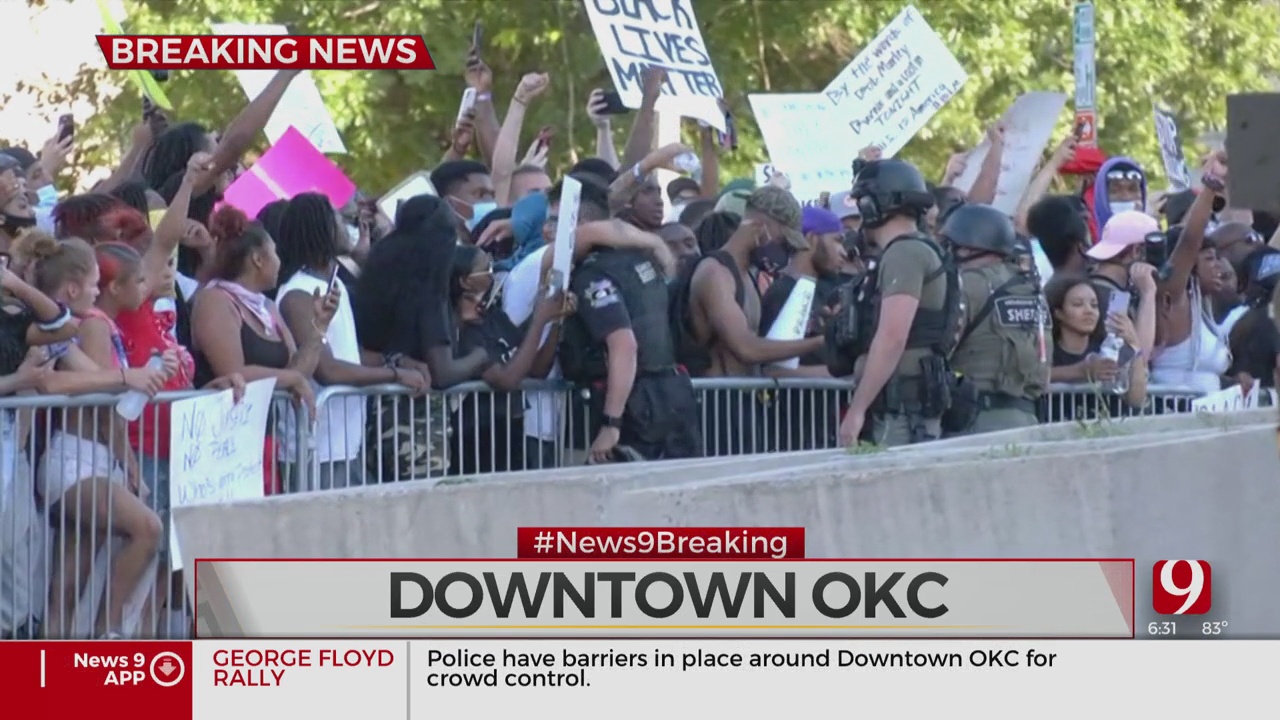 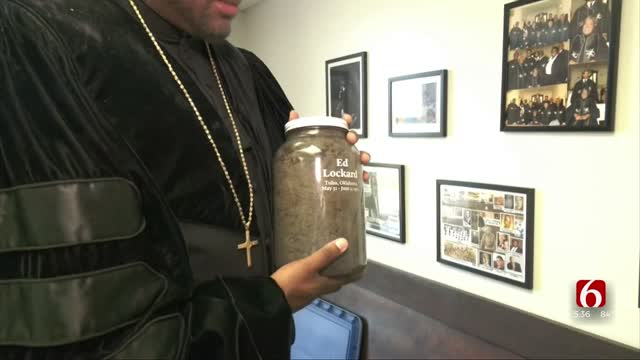