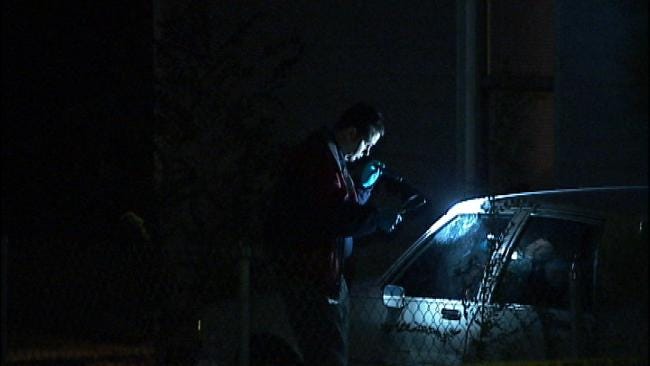 Tulsa Police are investigating the deaths of two people whose bodies were found inside a home in the 6900 block of East Newton Thursday night.

Police were dispatched to the house after getting a 911 call at about 11:55 p.m. on November 1, 2012. When officers arrived they found 20-year-old Deyonta Dunn and 19-year-old Phoenicia Dorsey dead in the living room.

Police say they appear to have died from gunshot wounds. Authorities say there didn't appear to be any forced entry into the house and little signs of a struggle.

The pair were discovered by a relative of Dunn's. Family and friends of Dunn say they had been looking for him all day and hadn't been able to reach him by phone.

Deyonta Dunn was the second of four children. Police say he had a storied past and did have past felony convictions, but to his mother he was the little boy with a big heart - a young man trying to get his life back on track.

Deyonta Dunn's mother says he was outgoing, the one who kept the family laughing. She says he was generous, took care of his family and was willing to give his last dollar to someone in need.

"Deyonta had a big heart," said Beverly Foster, Deyonta's mother. "He was a good kid. He had his troubles, yes, he did, but he was trying to turn himself around, to do right."

She says he had been hoping to start a tire shop, and she's been asking herself why someone would do this.

Sergeant Dave Walker with the Tulsa Police Department released the woman's identity late Friday afternoon.  Police say the 19-year-old woman was shot just because she was there.

He said the time of death was late night or early morning on November 1.

Tulsa Police do not believe this was a random crime and that the shooter or shooters were after Dunn.

Police say Deyonta has quite a history with them.

"We're very familiar with him, in the homicide unit, the robbery unit, the gang unit and the narcotics unit. We could look at any of these groups as a motive," said Sergeant Dave Walker, Tulsa Police Department.

Police say the street network is alive with information, evidenced by the fact that people at the scene knew the name of the young woman who was murdered. No one told police, so they spent hours getting her identified.

Both detectives and Deyonta's family want those people to step up and tell what they know.

"Is nothing more hurtful than to have to bury your own child. My child should be burying me. I shouldn't have to bury my child, so if you know anything, please, please help us," said Beverly Foster, mother of murder victim Deyonta Dunn.

Deyonta's mother says she didn't know Miss Dorsey, but her heart certainly goes out to that family as well.

Police say these deaths are Tulsa's 41st and 42nd homicides of the year.

Anyone with information about these two murders is asked to call Crime Stoppers at 918-596-2677.