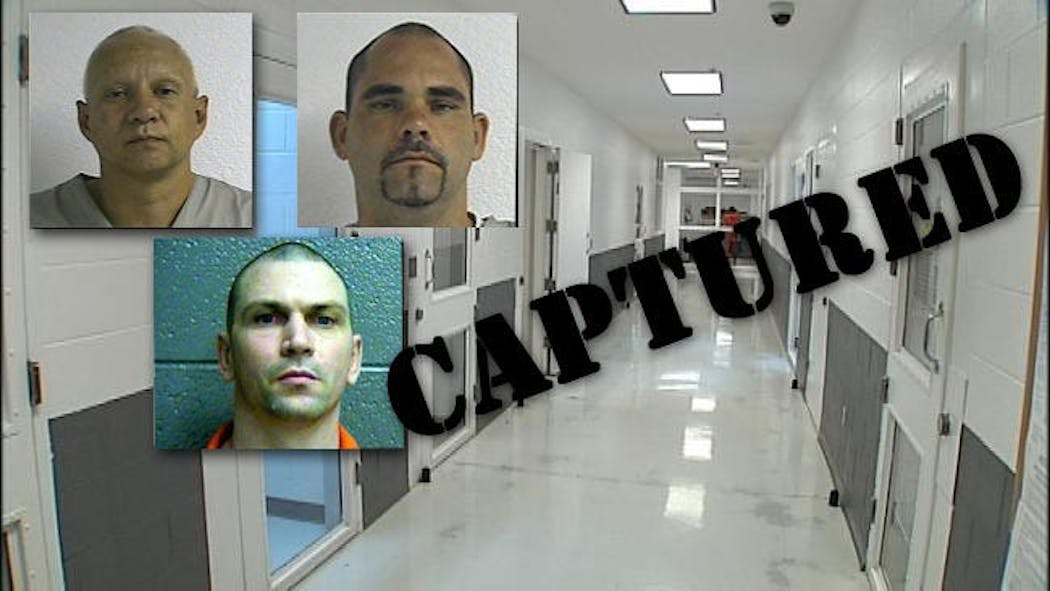 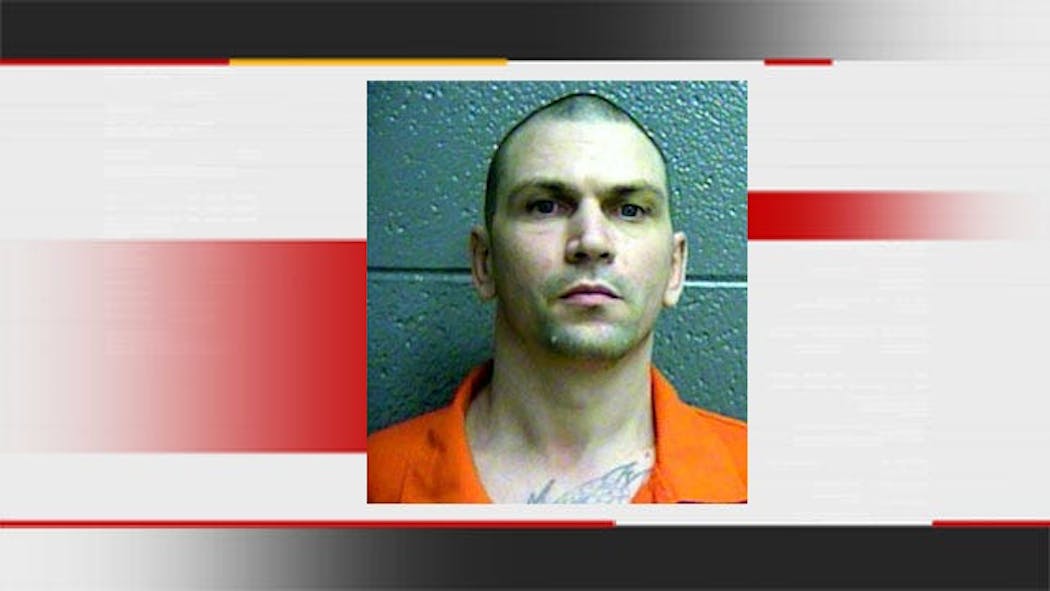 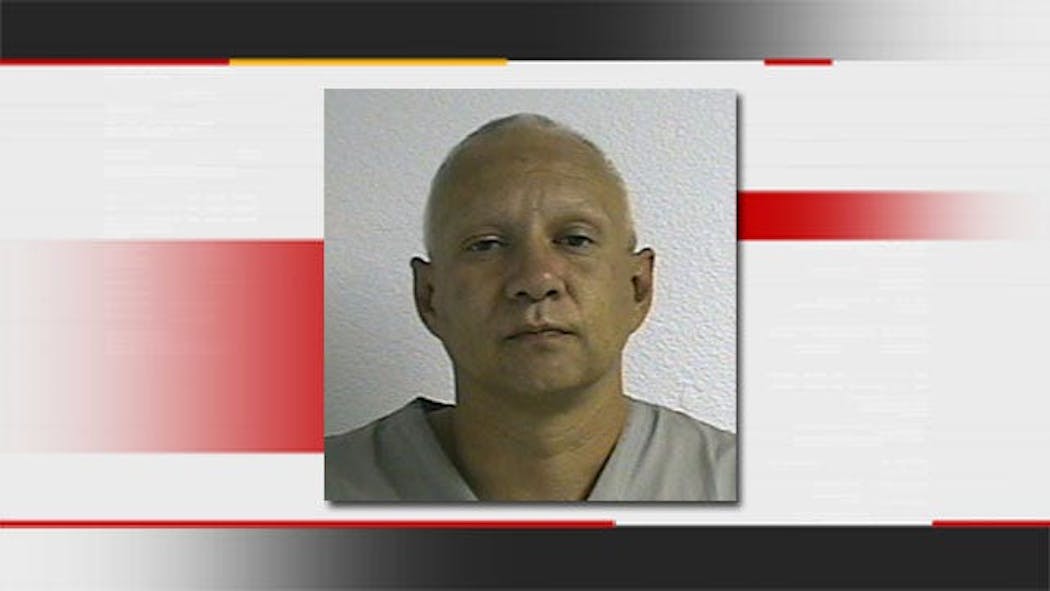 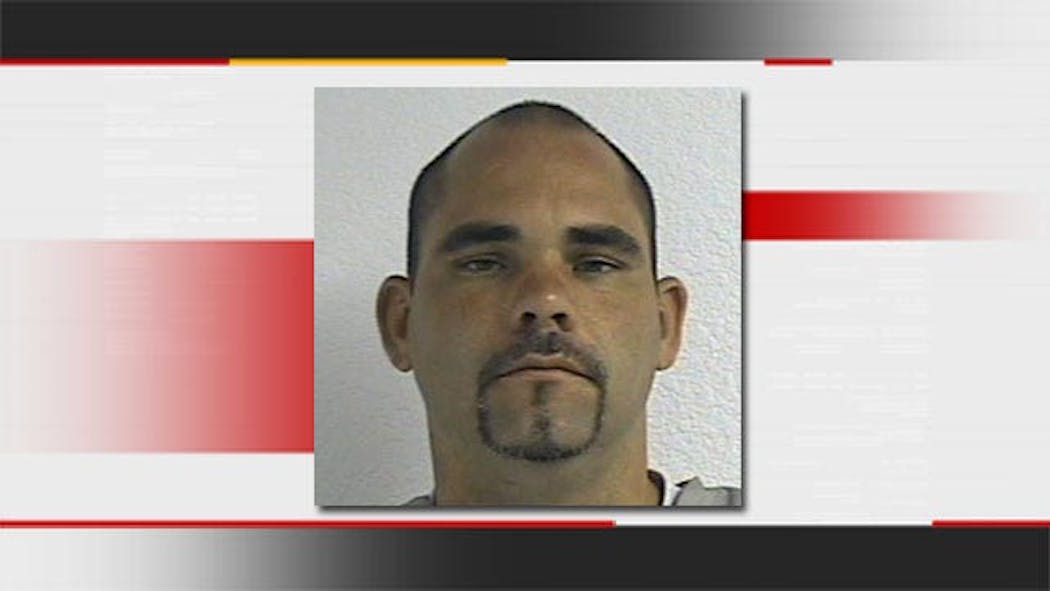 Three prisoners that escaped from a Vinita prison are back in custody, the Oklahoma Department of Corrections announced Sunday.

Bryce Agnew, 43; Jeffery Bradshaw, 41; and Daniel Dolezal, 31, had been missing from the Northeast Oklahoma Correctional Center since about 8:30 a.m. Saturday.

Craig County Sheriff's Office deputies took the men into custody east of Vinita, according to Heather Harrison with the correctional center.

Agnew is serving a 15-year sentence for possession of a controlled substance. He is a 6-foot white man who weighs 169 pounds and has brown hair, blue eyes and a scar on the back of his head. Agnew has a tattoo of a dragon and a reaper on his chest and a skull on his right arm.

Bradshaw is serving a 20-year sentence for grand larceny. He is a 5-foot-11 American Indian man who weighs about 145 pounds and has black hair and brown eyes. He has several tattoos, including both arms with inked "sleeves," his last name emblazoned across his abdomen, "I hate cops" across his back and various symbols on his calves.

According to online DOC records, this makes the fourth time Bradshaw, a longtime convict, has either escaped or attempted to escape prison.

While serving time for second-degree burglary in 1991, Bradshaw received an additional three years for escaping a penal institution. In 1997, he was also convicted of escape in while serving time for assault and battery with a dangerous weapon, and later, he attempted another escape.

Dolezal is serving a 10-year sentence for assault and battery with a dangerous weapon. He is a 5-foot-10 American Indian man, who weighs 189 pounds and has black hair and green eyes. He has a tattoo on his back of a kid playing and the word "Skyler" on his shoulder.