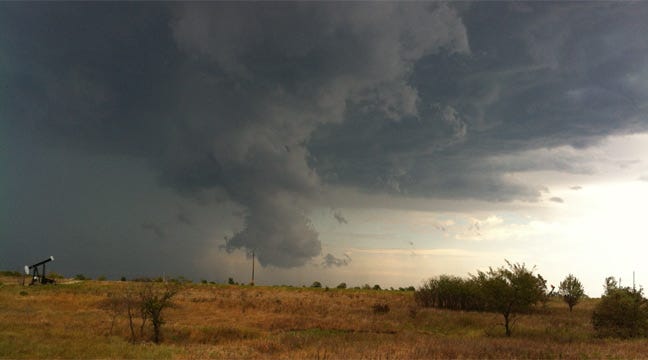 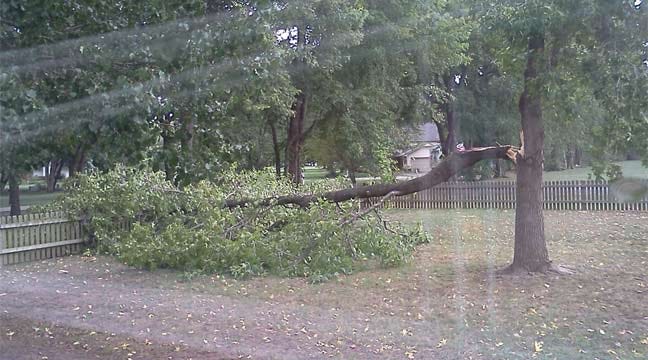 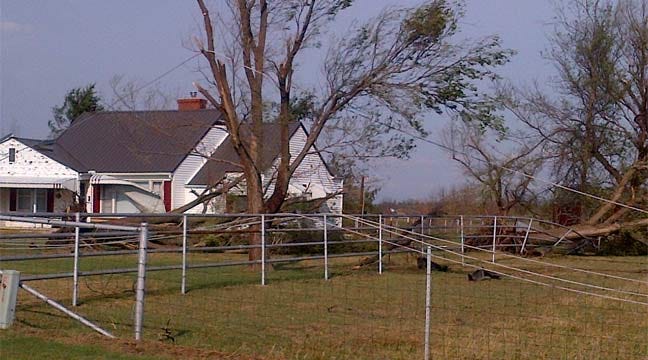 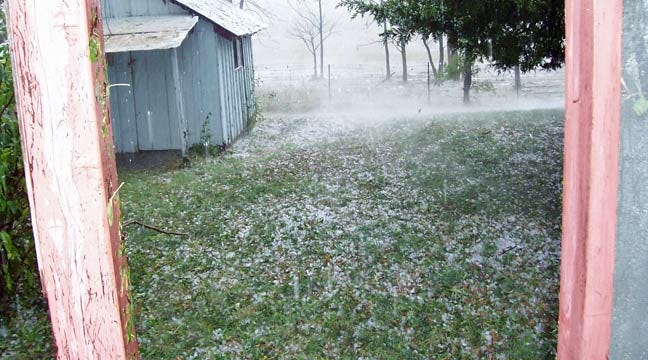 There have been four confirmed deaths in connection with this storm. Three people died in Nowata County when their mobile home was destroyed. Also, a Missouri semi truck driver died on the Will Rogers Turnpike near Miami, when straight-line winds caught the trailer of the semi and pushed it over onto its side, on top of a cement retaining wall.

Temperatures ahead of the front hit triple digits, while temperatures behind it fell into the low 70s and even the high 60s in places.

The front spawned severe thunderstorms in southern Kansas, as well as one that blew through Washington and Nowata Counties, and even one in the Oklahoma City area.

UPDATE 6:30: The Will Rogers Turnpike at mile marker 308, eastbound, has one lane open now. At mile marker 315, westbound, one lane has opened. Also, U.S. Highway 169 north of Nowata has re-opened, northbound and southbound.

UPDATE 5:45: Relatives are reporting that three people are dead in the storm front that moved through Nowata Friday afternoon. The three people are believed to have been in a mobile home that was destroyed in high winds. News On 6 reporter Ashlei King is at the scene, and we will have more as it is confirmed.

UPDATE 4:50 PM: All lanes of north and southbound U.S. Highway 169 are closed north of Nowata due to wind damage. Crews are working to clear downed power lines and trees from this area, and also to move an overturned semi.

This closure is expected to last several hours. Drivers can use State Highway 28 and U.S. Highway 60 as a detour around this closure.

Share storm damage pics at pics@newson6.net. Include name and location of photo.