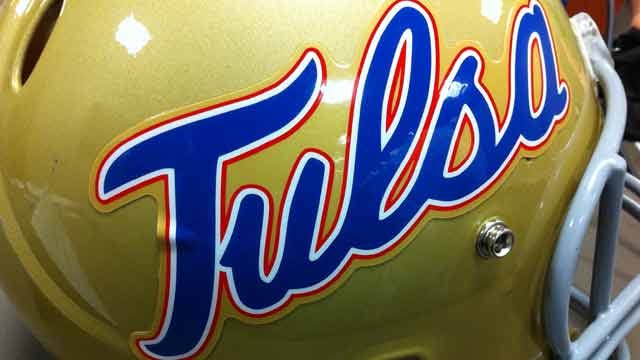 The Tulsa Golden Hurricane is just one week away from hitting the field in Ames, Iowa to begin the 2012 football season. The Hurricane finished 2011 with an impressive 8-4 regular season record, with all four losses coming to AP Top-10 teams. A disappointing 24-21 loss to BYU in the Armed Forces Bowl left Tulsa with a sour taste in its mouth, and the Hurricane is ready for redemption in 2012.

Tulsa finished 7-1 in Conference USA play last season, and won those seven games by an average of 25 points per. The nonconference schedule remains tough this season, but isn't the death trap that last years' was. The Hurricane plays road games at Iowa State and Arkansas and host Nicholls State and Fresno State.

TU has high hopes for 2012, so let's take a game-by-game look at how the Hurricane should fare this season.

Below is the breakdown of Tulsa's first-half schedule.

The Golden Hurricane will have to be in mid-season form right off the bat in 2012 when they hit the road to take on the Cyclones. Iowa State is coming off a season that included a shocking win over undefeated Oklahoma State and just the school's second bowl appearance since 2005.

I cannot emphasize how important this game is for the Hurricane in 2012. After this game, Tulsa will likely be double-digit favorites in each of its next seven. This means if they can find a way to beat Iowa State, the Hurricane could very easily head into their November 3 matchup at Arkansas undefeated.

As far as the game itself, new TU quarterback Cody Green will be making his first start for the Hurricane, but this won't be the Nebraska transfer's first trip to Ames. Green started for the Cornhuskers at Iowa State in 2010, passing 7-12 for 79 yards in a narrow 31-30 overtime win. Having a quarterback that has been there/done that should provide TU with confidence as the program looks to end an eight-game road losing streak to Big 12 teams.

The Hurricane lost its only matchup against the Cyclones back in 1961. May the more powerful wind prevail.

The Golden Hurricane opens up the 2012 home schedule with a pitiful Tulane squad that hasn't had a winning season since 2002 and has only won five conference games since 2006. This is the perfect week two matchup for Tulsa. If they beat Iowa State, Tulane is so bad that the Hurricane could likely avoid a letdown loss even if they played poorly. If they lose to Iowa State, the Green Wave provides assurance that a 0-2 start wouldn't happen.

Tulsa won easily at Tulane in 2011, 31-3, improving its all-time mark against the Wave to 7-1. The Hurricane's offense should have a field day against a Green Wave defense that allowed 37 points per game in 2011.

Not too much needs to be said about this game, if the Hurricane show up and play ball, the fans will head home happy.

In case week two wasn't easy enough, the Nicholls State Colonels come to town in week three. When it comes to FCS teams, there's the handful that could put a scare into you, (Appalachian St., Montana, Villanova) and then there's…Nicholls St. The Colonels finished 2011 at 1-10, including a 0-7 mark in the Southland Conference. Tulsa could likely show up at halftime and still win this game by double digits.

With that said, this will be an important game for the Hurricane. It marks an opportunity to correct mistakes from the first two games and practice some packages they might not be executing as well as possible.

In Tulsa's final nonconference home game, Fresno State comes calling in an old WAC reunion. The Bulldogs had the Golden Hurricane's number in the early 2000's, going 4-0 against TU. The Hurricane finally defeated Fresno 31-24 in the 2005 Liberty Bowl in TU's first season in C-USA.

But times have changed for both the Bulldogs and the Hurricane. The early 2000's was a long time ago. Back then, David Carr was the Bulldogs' star QB and Americans got their sports info from the newspaper. Now, your grandmother is better than Carr and you can watch this game live on your iPad.

Speaking of Carr, his younger brother Derek is now quarterbacking Fresno, and doing quite well. He threw for 3,500 yards last season with 26 touchdowns and only nine picks. The Bulldogs return plenty of offensive talent around him, including four starting offensive linemen and one of the better running backs in the country in Robbie Rouse.

The Bulldogs' defense returns seven starters, but having allowed over 35 points per game last season, that may not be a good thing.

Make no mistake, the Bulldogs will pose a threat. After playing back-to-back cupcakes, TU will need to refocus and take Fresno seriously. If the Hurricane is able to do that, add one to the win column.

Game five marks the road conference opener for the Golden Hurricane, and also marks the C-USA home opener for UAB. The Blazers are coming off a 3-9 season, but were able to take down the same Southern Miss team that beat undefeated Houston. Tulsa will attempt to stay unbeaten all-time against UAB.

The Blazers haven't had a winning season since 2004, and this year is unlikely to be any different. UAB will enter this contest coming off road games against South Carolina and Ohio State, so will likely be hungry for a winnable game.

Tulsa committed four turnovers in last season's matchup and still won by 17 points. If the Hurricane shows up ready to play and limits the giveaways, UAB will have to wait another week to play a winnable game because this one won't be close.

Last year's game was one of the highlights of TU's season, a 59-17 thumping of the Herd at Chapman Stadium. G.J. Kinne threw for 300 yards and four touchdowns before getting pulled in the third quarter, and Marshall trailed by 38 at halftime.

Don't expect the same result this season. Marshall is expected to challenge Southern Miss for the C-USA East crown in 2012, and you can bet they'll be out for revenge for last season's embarrassment when the Hurricane comes rolling into town.

Tulsa is 3-0 all-time against the Thundering Herd, but you can expect this to be the toughest test yet. This has everything a trap game should have. It's mid-season, on the road, in the middle of a weak stretch of games against a team that hasn't recently been good. Tulsa has the better team, but they'll have to prove it.

News On 6 Tulsa police are reporting an overnight homicide at the Seminole Hills Apartments near Virgin and Highway 75.

News On 6 Tulsa police are reporting an overnight homicide at the Seminole Hills Apartments near Virgin and Highway 75.
View More Stories

News On 6 Tulsa police are reporting an overnight homicide at the Seminole Hills Apartments near Virgin and Highway 75.

Community Comes Together To 'Back The Blue' In Tulsa

News On 6 A “Back the Blue” community organization came together to walk, ride, and march in support of law enforcement on Saturday. The crowd carried flags with blue lines and signs of encouragement proudly for several miles. The community was invited to attend to walk or ride a bike through LaFortune Park or ride a motorcycle along the outside of the park.