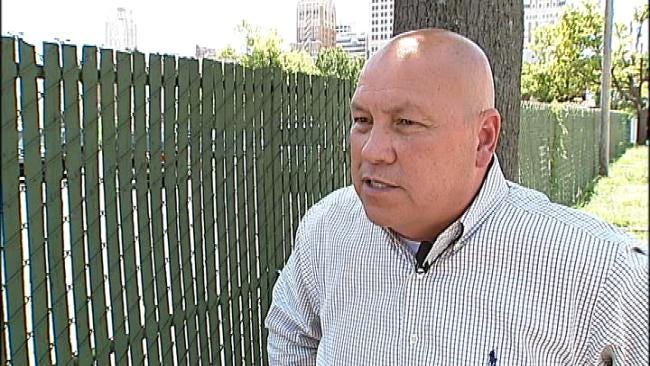 Six fires were started Wednesday afternoon in the Chelsea and Foyil area, and officials are looking for a vehicle of interest, the Rogers County Sheriff's Office said on Thursday.

A witness spotted someone in a mid-90s white Lincoln Continental, who is believed to be the person who started one of the fires, RCSO said.

The Chelsea Fire Department was able to put out the grass fires before major damage was done, but, sheriff Scott Walton said, "if there had been any wind at all, it would have been devastating."

The recent historic fires that ravaged Creek County, presumed to be the result of people burning trash during the burn ban, have caused officials all over the state to step up patrols. In Rogers County, Walton said, deputies are patrolling in marked and unmarked cars, hoping to catch those who are violating the ban.

"In Rogers County, these are intentional fires, not just those started by negligence," Walton said. "People are out there setting these on purpose."

The RCSO is asking citizens to have a heightened sense of awareness and to report anything suspicious. Walton said being aware can make the difference in people losing their belongings and even their lives.

Of the fires set in Rogers County, Walton said, it "could have been much worse, because we're talking about an area that lends itself to a bunch of different terrain. We are lucky."

Walton reminds that even people who aren't doing anything criminal can start a fire unintentionally. Riding a motorcycle or all-terrain vehicle in dry grass can ignite flames.

"They have spark arrests on the exhausts, but driving in a grassy area during times like these -- the dry, hot weather -- should be avoided," Walton said. "And even driving a car in the grass, the catalytic converter can cause a fire."

"We are relying heavily on concerned citizens to notify us of anyone doing anything that can be a fire danger," Walton said.

If you see a fire or see someone set a fire, to call 911 immediately. If you have information about a Rogers County fire and would like to remain anonymous, you are asked to call the RCSO tip line at 918-341-3620.