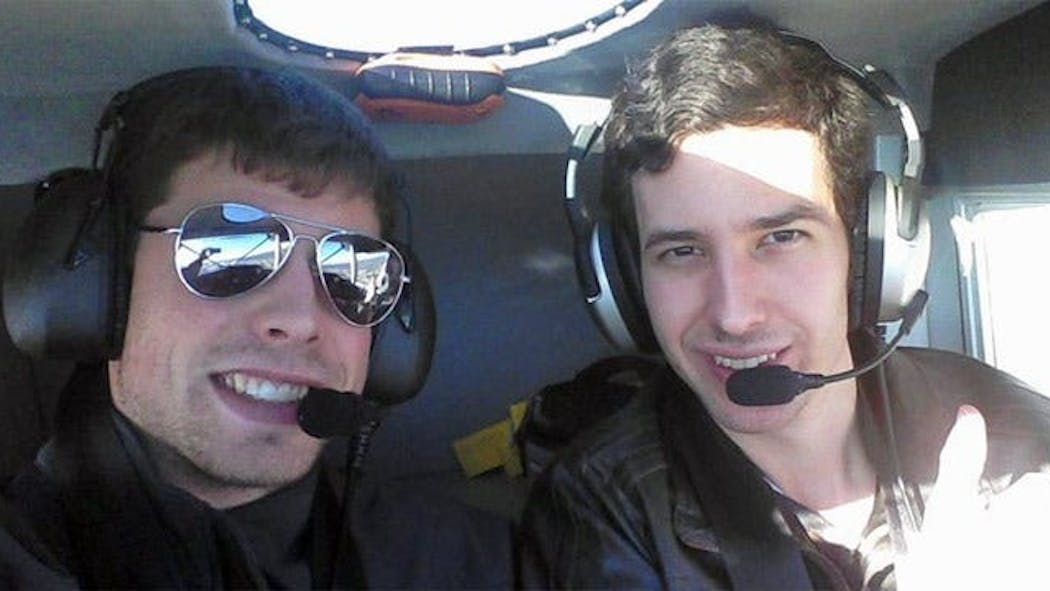 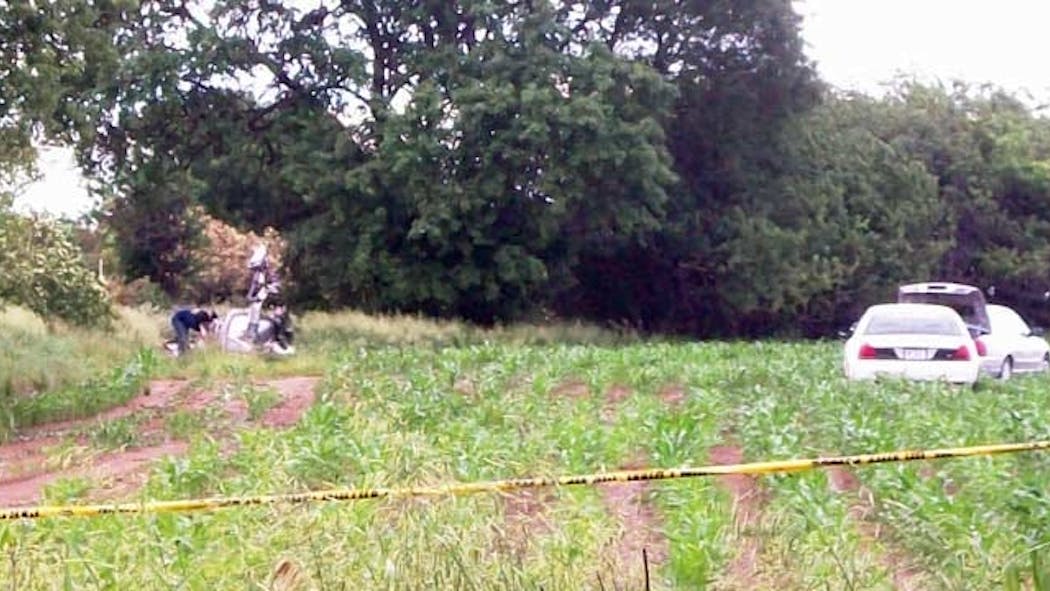 When Craig and Debra Sheets met, he was a commercial pilot and she was a flight attendant.

Their love of aviation helped bring them together, and 30 years later, they are traveling the continent in their family plane, speaking to others about the importance of a Christ-centered marriage.

Their most recent flight, which took place last weekend, was bittersweet. But, Debra said, they faced it like every other challenge in their lives – together.

On May 12, the Sheets boarded their Piper Meridian, bound for their home in Ephriam, Wisconsin. They had been notified hours earlier that their oldest son, Luke Sheets, died when the plane he was piloting went into an emergency landing in a Kansas field, skidded 200 feet, hit a tree line and burst into flames.

The trip Craig and Debra took from Calgary to Wisconsin would have shaken most – but not the Sheets.

"Flying home was bittersweet," Debra said. "But in the sky, I felt closer to Luke. I needed that time."

The couple, interviewed by phone Friday morning, said they were eager to get back to their youngest son, Blake, 20. Blake Sheets was home alone when he was notified of his brother's death.

"The courage Blake showed, it is just astounding," Craig Sheets said. "He stood up and handled an impossible situation. He was a strong man; he was there alone and was making phone calls. He showed such grace and strength."

Luke Sheets, 23, was a recent graduate of Oral Roberts University. It was a place his parents entrusted to "continue training him in the Lord, to follow the foundation we set as parents," Debra said.

The Sheets are certain the foundation of faith their son professed aided him in his last moments.

The lone survivor, Hannah Luce, is recovering at a Wichita hospital, where she is receiving skin grafts for burns on 28 percent of her body.

Luce also is an eyewitness to the tragedy that rocked many, and her ability to offer details is cathartic to the other families, Debra Sheets said.

"As a mother, I have many questions, so with there being a survivor, someone to maybe help answer those questions… I prayed the Lord would do that for me," she said. "But I'm not focusing all my energy on what happened during that emergency landing. My focus is on what happened after Luke passed. Through that I have assurance and peace."

While recovering, Luce's memory has helped to piece together last week's events. She relayed to her father that Anderson, a veteran who served two tours in Iraq with the United States Marine Corps, was alive after the plane crashed into the trees.

Luce said Anderson carried her from the wreckage. He was badly burned and died the next morning, and his fiancee told News On 6 she barely recognized him in the hospital.

Another detail, as first reported by the Sheets' hometown newspaper, the Door County Advocate, provides more tales of heroism.

Before Anderson led Luce to safety, it was pilot Luke Sheets who gave them a fighting chance, the paper reported.

Hannah Luce, according to the Sheets, told family that before the plane went into its emergency landing, the cabin was filled with smoke or fumes, probably from a malfunctioning heater that had been switched on when the plane grew cold after reaching cruising altitude, the Advocate reported.

The official report from the National Transportation Safety Board is still pending.

"It would have been very difficult for Luke to see, so I believe he turned off the plane's electrical power before descent," said Craig Sheets, who was an Air Force pilot in the Vietnam War and a commercial pilot for nearly three decades. "One or two breaths of that toxic smoke and you're dead.

"Luke showed true grit in a life-and-death battle. It was a feat that he was able to get the plane down fast. If the trees hadn't been there to compromise the fuel tank and if the silly heater didn't malfunction... it is a tragedy."

According to flightaware.com, Luke Sheets was at 10,000 feet at 30-degree temperatures. The site also shows the plane had just flown through an area of rain for about 5 to 10 minutes.

The expert said he thinks the cabin got cold, the heater was on, and it must have been letting fumes/smoke out. He said that particular Cessna model -- 1991 401 fixed wing multi-engine plane -- does not have an emergency fuel shut-off valve, so there is no way to shut off the fuel manually if the electric valve sticks open.

Luke Sheets loved flying, was experienced at it, and it was "his gifting from God," his father said.

Luke, like Craig, learned to fly when he was in high school, worked at a local airport and then spent his free time crafting his passion. At the time of the crash, Luke was both a licensed private and commercial pilot. As a teenager, Luke would practice landing in farm fields, so the Kansas landing itself wasn't difficult for him, Craig said, but the circumstances were.

His mother is proud that even though Luke's life was short, it was filled with doing things he loved.

"He loved aviation," Debra Sheets said. "As a mother, when you see how happy your child is in living out his gift, his talent, how could I ever tell him not to fly? He died doing what he loved the most."

The Sheets openly discussed their son's zest for life and his place in what they called "the frontline of God's army."

Luke's friends, Luth, Coble and Anderson, were young men who were poised to accomplish great things in the world, Craig Sheets said.

"They were all from the same cut," Craig Sheets said.

Debra Sheets added, "They were all horses at the gate, ready to burst out and run the race."

Many people over the last week, Craig Sheets said, have mentioned the way he and his wife appear strong and unwavering, despite such tragedy.

"I tell them, we have been blessed with grace and strength through our faith," he said. "But you aren't supposed to have it until it happens to you -- that's why you don't know your own strength, because it hasn't yet been tested like this."

Luke Sheets will be laid to rest at 2 p.m. Saturday in Ephriam. Services for victims Anderson and Coble were held earlier this week in Oklahoma; Luth's funeral was Friday in Iowa. Luke Sheets' funeral will be the last of the four.

"The parents didn't coordinate these services," Craig Sheets said. "But just like the captain of a ship, you're the last one off the ship. As the pilot, Luke did his job and he will be honored after his friends. 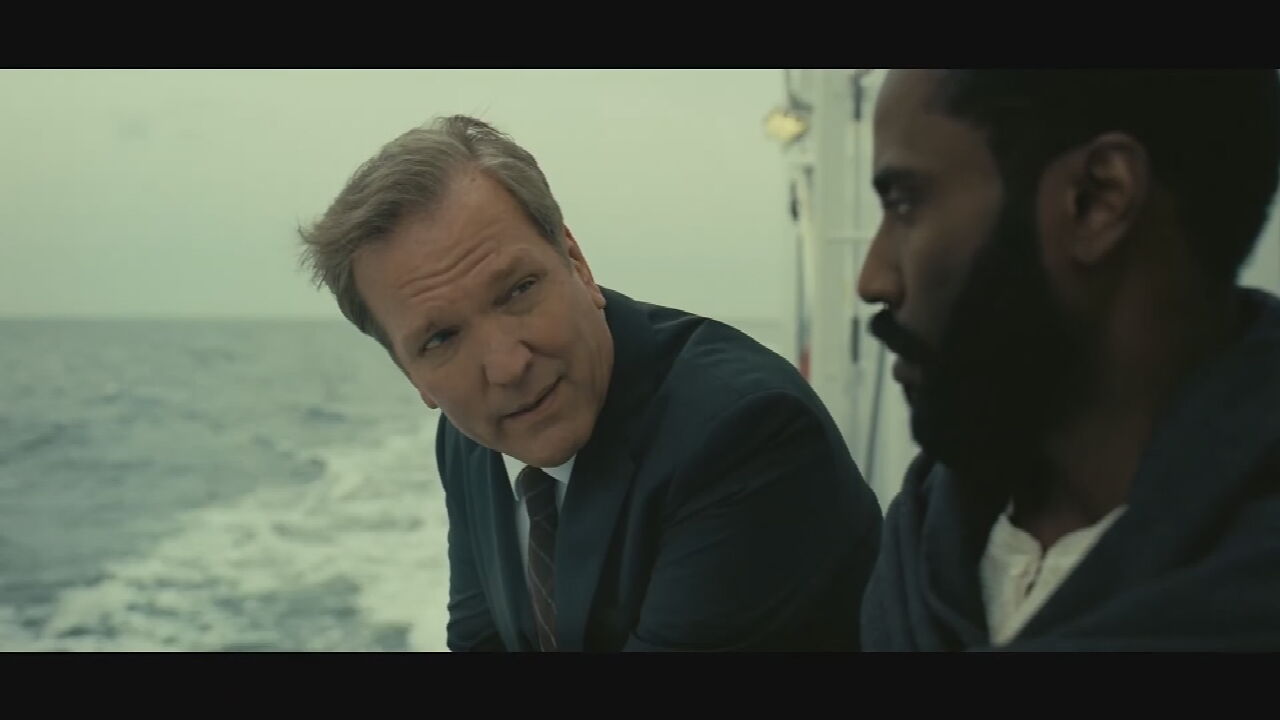 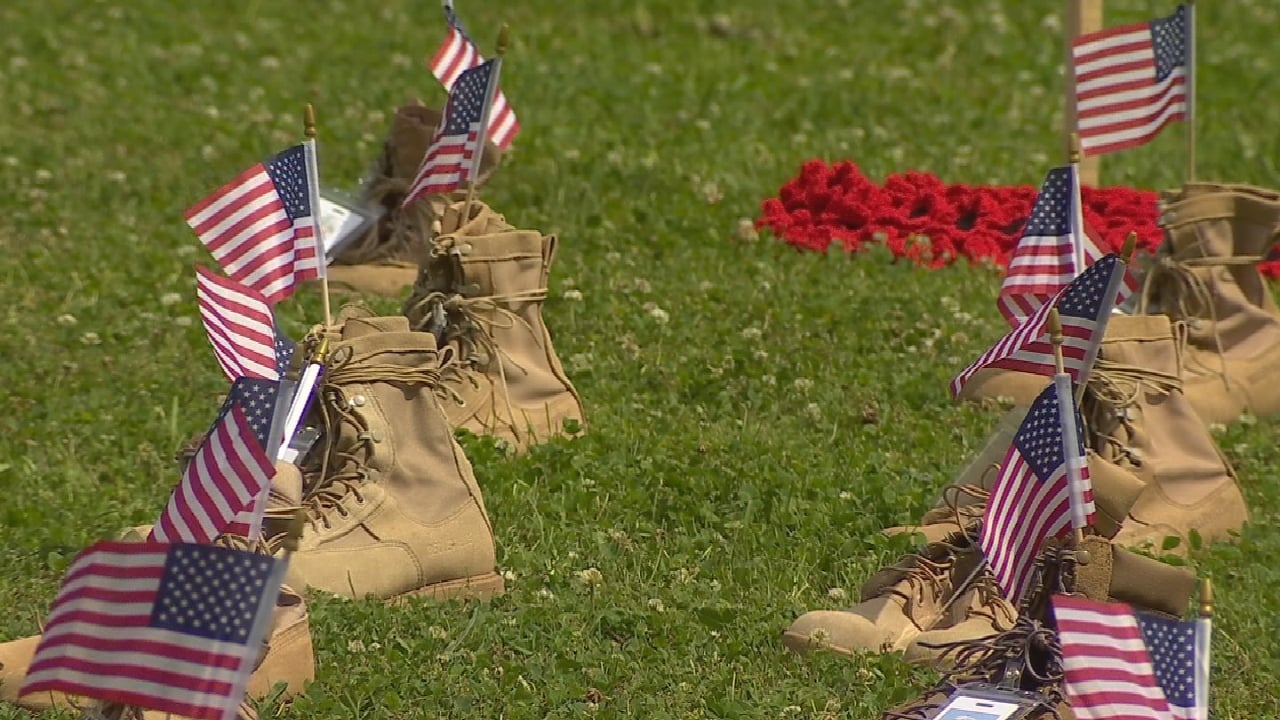 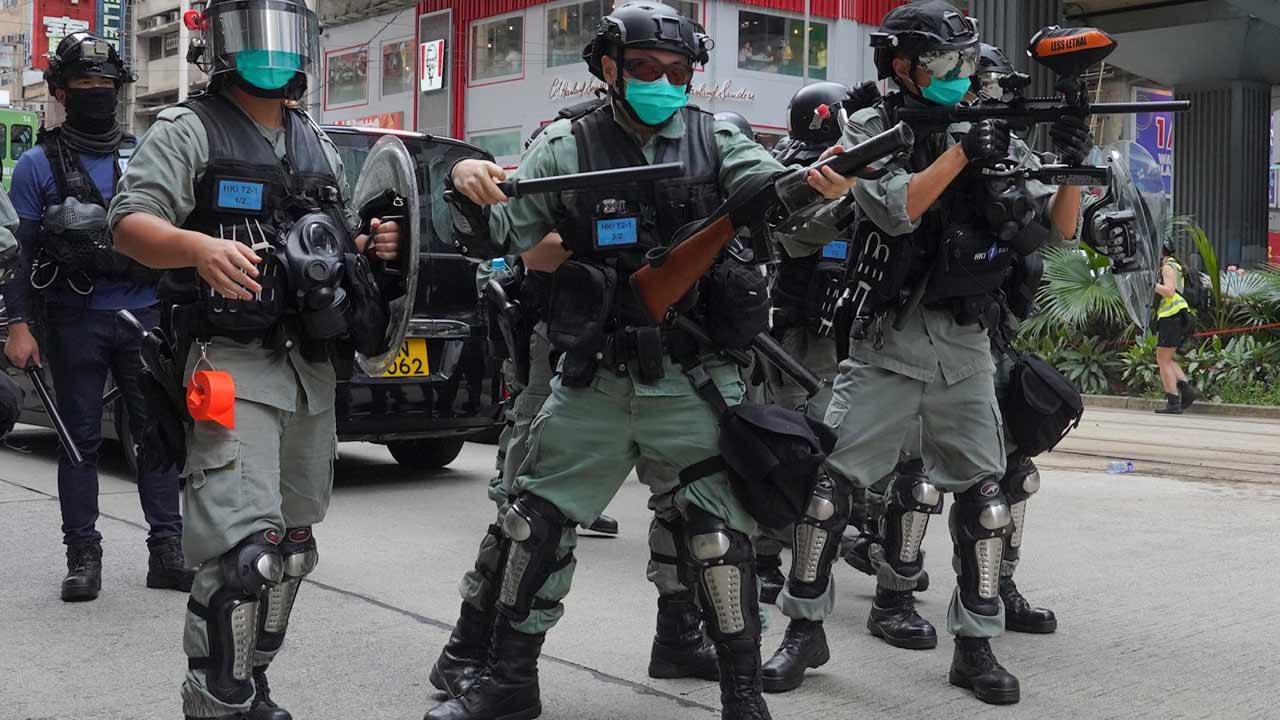 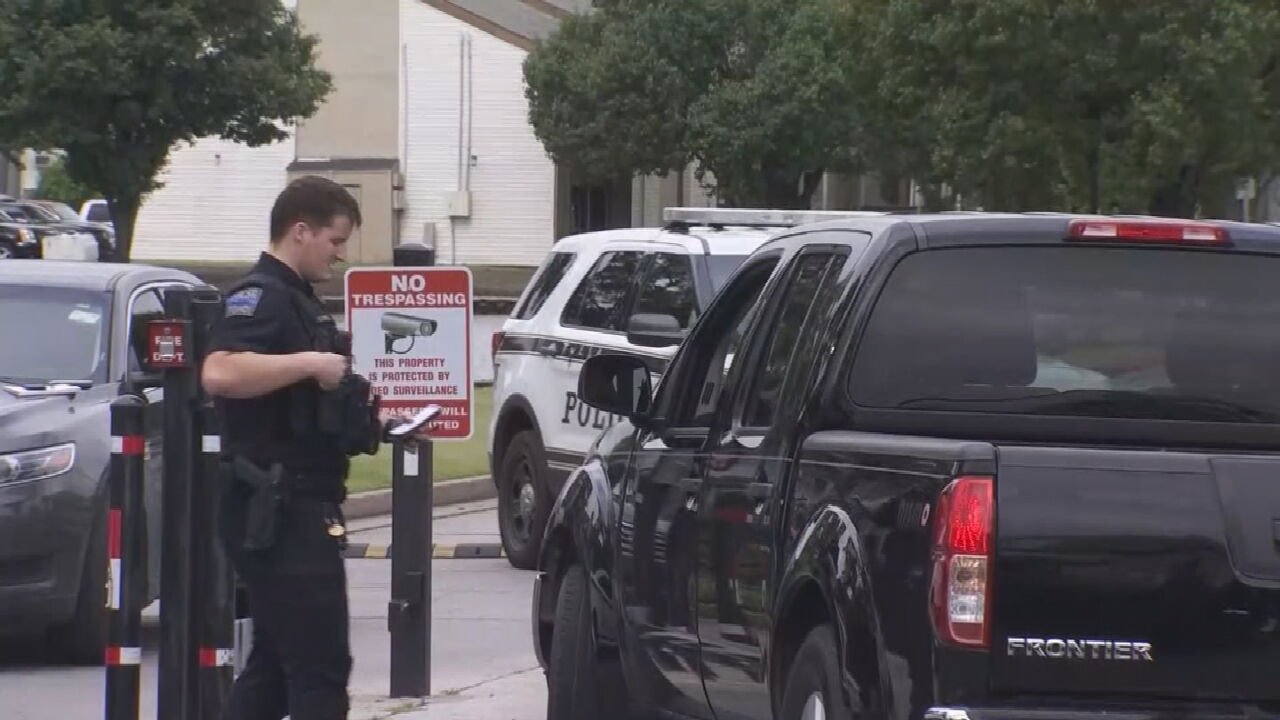