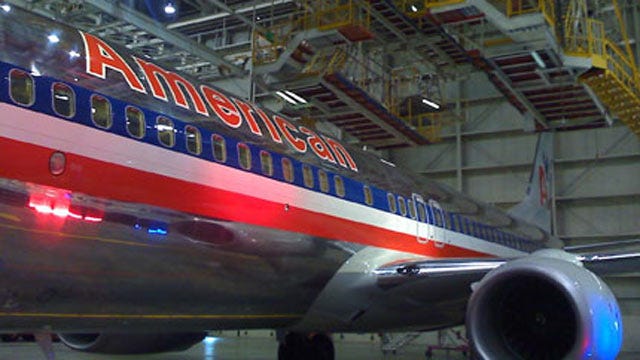 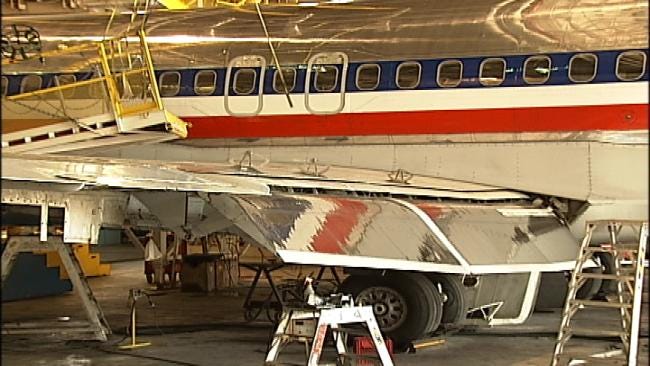 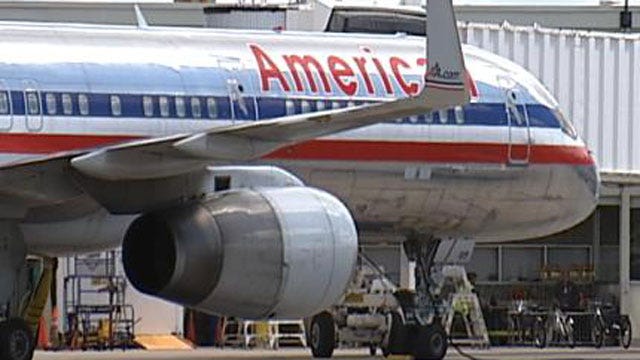 UPDATE:  New CEO Tom Horton said it's business as usual for customers of American Airlines.  He made the statement at a news conference at DFW Tuesday morning.

AMR Corp. and AMR Eagle Holding Corp. said Tuesday that they filed voluntary petitions to reorganize, saying it's in the best interest of the companies and their shareholders.

American says it sought protection to reduce its costs and debt to remain competitive in the airline industry.

Horton said his team will create a company "that our customers love, that our employees love, and that our competitors respect."

He said restructurings at other major airlines took about 15 months but said he hopes this one will go faster.

"As the largest private sector employer in Tulsa, American Airlines is an extremely important part of the Oklahoma community. The company has long and deeply rooted ties to the city and the state, both of which provide the kind of good business climate and educated aerospace workforce the industry requires," she said.

"Despite the recent announcement, I'm confident that AA and Tulsa will continue their great relationship, and my office stands ready to help in any way it can."

American was the only major U.S. airline that didn't file for bankruptcy protection after the 2001 terrorist attacks.

American says labor-contract rules force it to spend at least $600 million more per year than other airlines.

"Our Board decided that it was necessary to take this step now to restore the Company's profitability, operating flexibility, and financial strength. We are committed to working as quickly and efficiently as possible to appropriately restructure American so that it can emerge from Chapter 11 well-positioned to assure the Company's long term viability and its ability to compete effectively in the marketplace," said Thomas W. Horton, Chairman, Chief Executive Officer and President of AMR.

AMR says American Airlines and American Eagle are operating normal flight schedules Tuesday, and their reservations, customer service and all other operations are conducting business as usual.

American Airlines is Tulsa's largest private employer, with more than 5,600 people on the payroll.

Obviously the AMR bankruptcy is of concern to Tulsa leaders, but the bankruptcy is intended to allow AMR to continue operations by reorganizing and restructuring its business relationships. The company has a long history in Tulsa of working with its union representation, and our City and business leaders maintain a solid relationship with the local American Airlines management. We will continue to work to strengthen our support and ties with American.

AMR is the last of the major U.S. full-fare airlines to file Chapter 11 protection against its creditors. The company will go through a long process that could strengthen its core operations in the long term. Time will tell the outcome of all of AMR business operations, but I remain positive that Tulsa's maintenance operations are a strong component of its business. American officials have assured us that business prospects remain strong and existing contracts for new orders will remain in place.

"The company has experienced hard times before, but the Tulsa region has also witnessed the ability of its employees and leadership to rally around a common goal – and that is to reinvent processes, identify cost-reduction measures, and again make the company sound.

This is not an isolated occurrence, but one that many airlines have previously encountered with the steady rise in fuel costs, maintenance, and inventory replacement.  Hard decisions are facing the AMR, Corp. Board of Directors and management, but now, perhaps more than ever, our largest employer and our friends and neighbors need support from the business community and area elected officials.

It is too early to speculate, but a Chapter 11 filing to reorganize American Airlines potentially has untold impact in the Tulsa region and would reverberate throughout the entire economy.

The Chamber is in regular contact with officials at American Airlines MRO – Tulsa , together the Chamber, with the City of Tulsa, Tulsa County, area municipalities, Gov. Mary Fallin, regional legislative delegation, area municipalities, the Oklahoma Department of Commerce, and Oklahoma Congressional delegation, have pledged our support as the reorganization progresses."

Those rumors also caused concern for the businesses who depend on American's huge presence in the Tulsa market, either directly or indirectly.

News of the bankruptcy comes five months after the company announced the purchase of at least 460 new jets to replace its aging, less fuel efficient models.

AMR lost $162 million in the third quarter and has posted losses in 14 of the last 16 quarters.

American was founded in 1930 from the combination of more than 80 smaller carriers. It now flies about 240,000 passengers per day and has about 78,000 employees.

The airline operates out of five major hubs in New York, Los Angeles, Dallas/Fort Worth, Chicago, and Miami. It has major international partnerships with British Airways and Japan Airlines.