LeFlore County Authorities Search For Body Of Infant Born In 2010 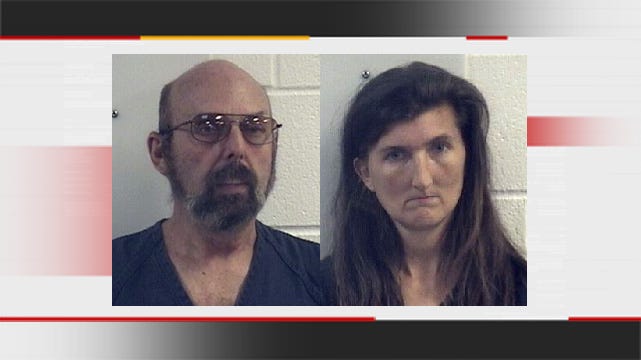 POTEAU, Oklahoma -- The LeFlore County Sheriff's Office is searching for a baby girl's body after two people were arrested on multiple charges of child abuse and endangerment.

Leflore County District Attorney Jeff Smith said Friday that investigators are looking for a body at the rural property outside of Poteau, but declined to comment specifically on the case.

"This appears to be a very serious matter and could possibly be a very complicated manner," Smith said.

An application for exhumation of a body filed Tuesday by Smith's office alleges that one of nine siblings taken into emergency custody by the state because of "extreme physical and educational neglect" told investigators of alleged sexual abuse of herself and her younger sister by the girls' father.

She told authorities that the child did not cry and that her father told her it was dead and buried the baby on the property "in the woods behind the goat pen." The property being searched by authorities is located in a heavily-wooded swath of eastern Oklahoma and lies adjacent to an open field.

The exhumation report also said that records in Oklahoma indicated that neither the child's birth nor death was reported to the state, as is required.

The sibling's parents, James Haskins, 51, and Lucinda Haskins, 39, have been arrested and are being held in the LeFlore County jail on $275,000 each.  The father is charged with sexual abuse of a minor and child neglect.  The mother is being held on charges of child neglect and failure to protect.