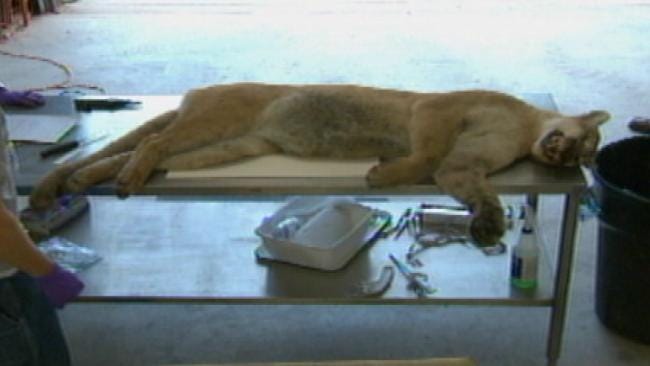 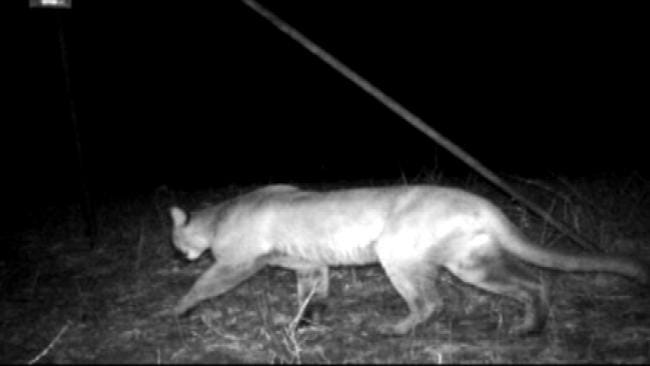 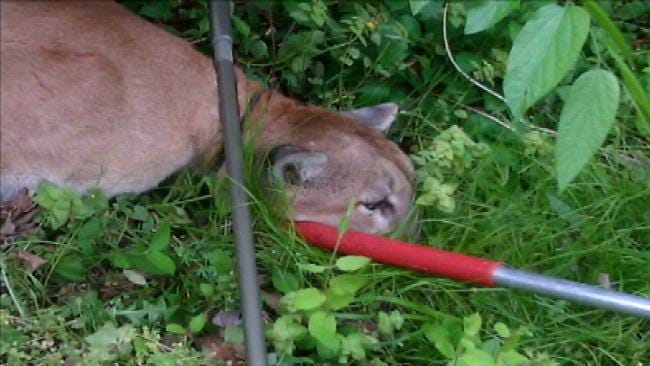 The 130 pound big cat was found in Central Oklahoma after being hit by a car along Highway 81 near Minco, southwest of Oklahoma City.

It's the third confirmed mountain lion sighting in our state this year, but one expert says there could be more.

Erik Bartholomew is a biologist with the state wildlife department.

"We get lots of calls but without any hard evidence it's hard to know how many we actually have in the state," Bartholomew said.

While he says it's hard to get confirmation of reported sightings of mountain lions, there is no doubt, they're in Oklahoma and are often on the move.

"Their numbers are increasing out west and they're looking for new territory and they wander out here and we see them occasionally," he said.

Biologists are studying the mountain lion found this week and taking DNA samples which will help determine if the cat is related to others captured elsewhere. That will enable them to learn about the animals' migration patterns.

"The more information we get on these animals, the more we learn about them, and that's just another tool that we have available," Bartholomew said.

Researchers say most of the mountain lions in Oklahoma are transient. They're just passing through. But with so few confirmed sightings backed up by hard evidence, it's hard to know how many might be in our state.

Since 2004, there have been confirmed cases in Noble, Cimarron, Texas, Tillman, Atoka and Tulsa Counties.

Another big cat in Tulsa County was tranquilized and is at the Tulsa Zoo, as the wildlife department works to find it a permanent home.

The wildlife department says there isn't any evidence the animals are reproducing in Oklahoma, but the cats are reestablishing themselves in the state.

Deliberately Killing a mountain lion in Oklahoma is against the law, unless they pose a threat to humans or livestock.