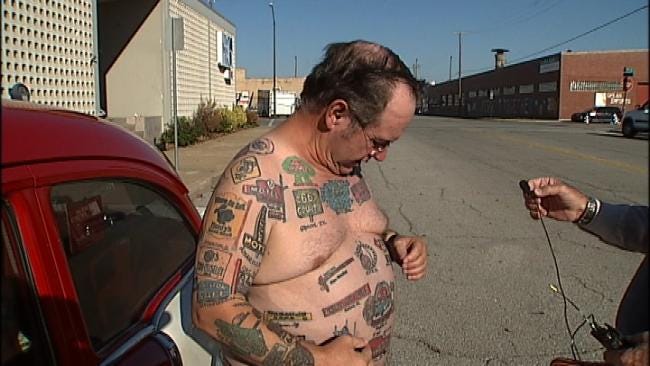 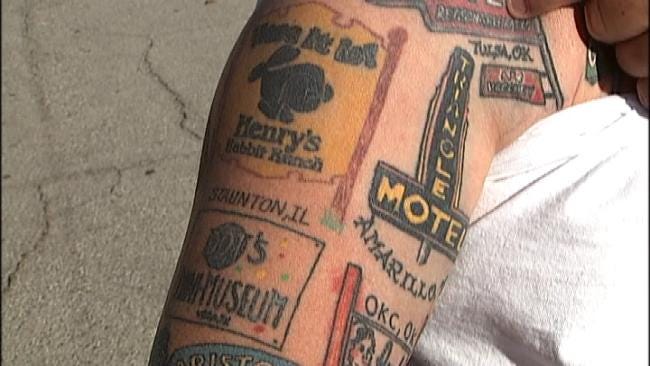 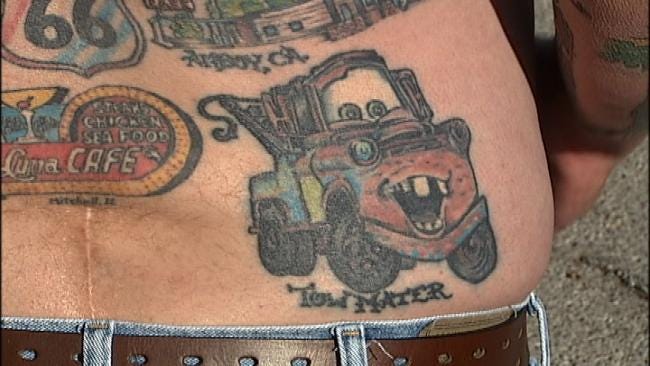 TULSA, Oklahoma -- One of Oklahoma's own has taken body art to a new level. Ron Jones turned his skin into a walking billboard of sorts for the Mother road.

"My first tattoo was the Route 66 shield with part of the highway running through it. What the second was, I couldn't tell ya. After you get so many you lose track," Ron said.

Ron has got a total of 103 tattoos. He's got them up and down both arms and legs.

"The only one I have that is not Rout 66 is Eskimo Joes," Ron said.

He says he couldn't resist the Eskimo Joes Tattoo. Everything else, front, back top to bottom, is some memorable place on the Mother Road. He even has Mater from the Cars Movie.

"You gotta get a tattoo of Mater," he said.

"Clanton's Cafe in Vinita," Ron said, as he points out his tattoos. "The safari motel, I traveled to Tucumcari New Mexico to get that tattoo."

"I don't even know what I've got on my back anymore I've got so many. The one at the top is Cool Springs Arizona," he said.

If he had to pick a favorite, it's the one of his cars on his forearm. He hasn't gotten a tattoo in a while, he says he running out of exposable canvas to put another one on.

Ron is a walking catalog. You can contact him to talk cars or Route 66, at tattoo66man@sbcglobal.net.