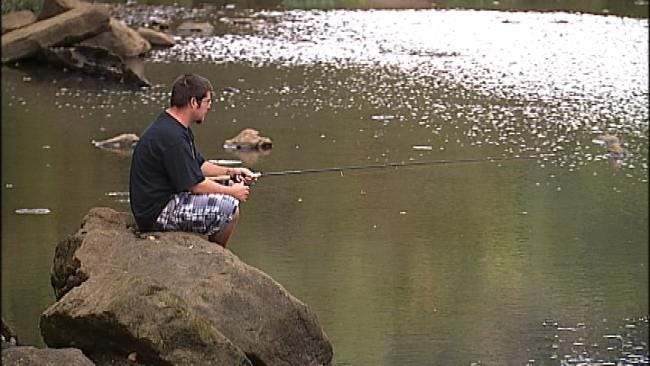 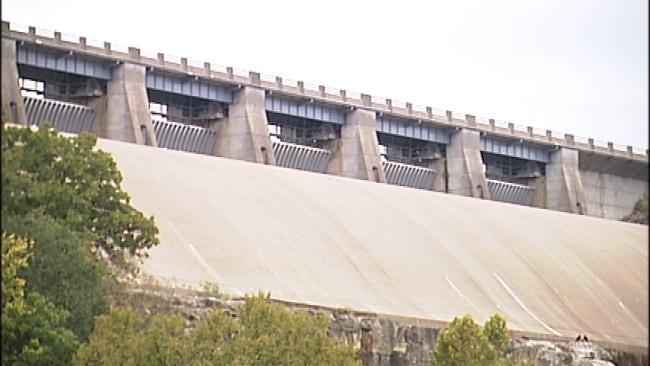 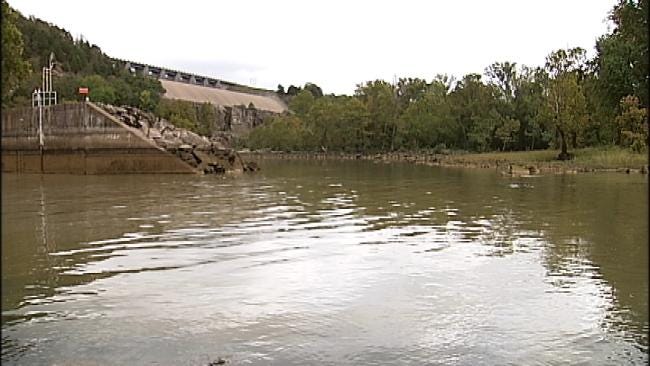 MUSKOGEE COUNTY, Oklahoma -- Anglers on the Illinois River say they've never seen the water level so low. They blame a decision to stop the flow of water through Tenkiller Dam.

The water release horn blows from the top of Tenkiller Dam. It echoes along the Illinois River where fisherman Shawn Smith has noticed the water is much lower than it should be.

"It's really going to do a lot of harm to the fish. These trout need water flowing to survive," Smith said.

Because of our drought, there's not much water in Lake Tenkiller to flow through the dam. And The Army Corps of Engineers says there's just not enough to go around.

"Somebody has all that water for a certain purpose. One of those purposes is hydropower, which is what keeps our bills nice and cheap," said Kent Dunlap, Army Corps of Engineers.

The Corps says all of Tenkiller's water is under contract with power companies. So, the Corps was forced to close the dam's gates to the Illinois River.

"Nobody should ever have the right to take all the water out of any river," said Scott Hood of Trout Unlimited.

Hood worries about the impact in towns like Gore, the Trout Capital of Oklahoma.

"The fish are basically dead by the dam because there's no dissolved oxygen left in the water," he said. "Without trout, the economy in Gore will suffer because we won't go there."

Of course, one of the biggest players in this tug of war is the weather.

"The best thing we can have is if those skies up above open up. We need some more rain," Dunlap said.

Until that happens, the Corps is releasing small amounts of water at a time to reel in the controversy. And anglers like Smith are sounding off.

"They really don't seem to care as much about the fish as much as the energy and power they're creating," Smith said.

The Corps of Engineers is partnering with the power companies to schedule more of these periodic releases. The Corps is also looking into mechanical fixes to make the releases more effective downstream.