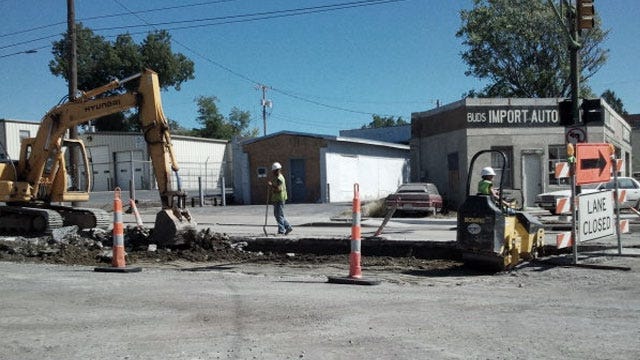 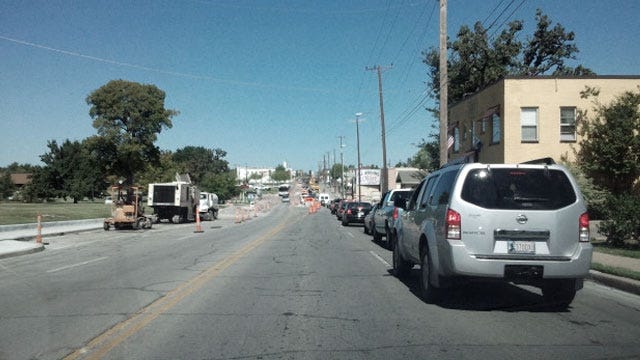 TULSA, Oklahoma -- Demolition has begun on the intersection of 6th and Peoria, creating traffic backups that will last until next spring.

According to the City of Tulsa, the intersection is one of three nearby intersections under total rehabilitation.

The other projects are at 11th and South Peoria and 10th and South Elgin, which is being turned into a roundabout.

The intersections will be updated with decorative sidewalks and crosswalks, LED street lighting, bike racks and benches at Sixth and Peoria, On-street parking on Peoria between Sixth Street and 11th Street, and the installation of a Centennial Clock near Sixth Street and Peoria.

Pavement Conservation Specialists won the $2.6 million contract for the job. Completion is scheduled for spring/summer 2012.