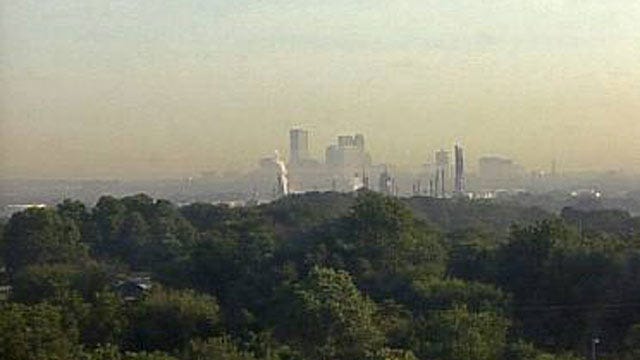 TULSA, Oklahoma -- A new report says the Tulsa and Oklahoma City metros are on track to rank among the nation's smoggiest cities in 2011.

Environment America, a coalition of environmental advocacy organizations, has released on a report on smog statistics for 2010 and for the first 9 months of 2011.

The report looked at the number of days ozone pollution rose above the official level the Environmental Protection Agency considers unhealthy for children, the elderly and people with respiratory disease.

Looking back at 2010, Tulsa was ranked at 104th place with three smog days, plus additional days, Environment America says had air unhealthy to breathe.

Oklahoma City came in at 121st in 2010 with 2 smog days plus 6 additional days which had air unhealthy to breathe.