Tulsa Aiming To Get On Track Against Tulane 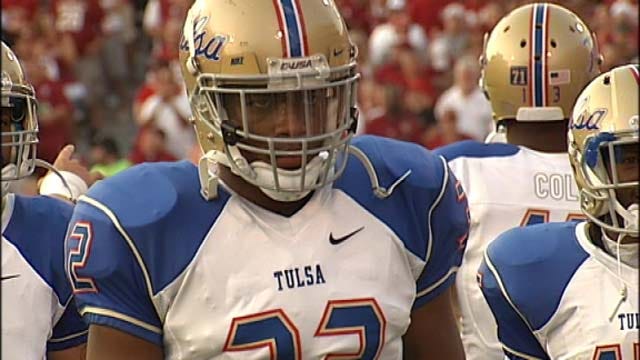 TULSA, Oklahoma – The season opener wasn't picture perfect for Tulsa. It started the year on the road for the fifth year in a row, and the top-ranked Oklahoma Sooners stormed past the Golden Hurricane in Norman.

Tulsa's road theme continues this week when the team travels to the Big Easy to battle Tulane.

Tulsa is 5-1 in openers as a member of Conference USA. The Golden Hurricane's only setback came last season on a Hail Mary against East Carolina. TU failed to knock down the desperation heave, and the Pirates handed the Golden Hurricane its first loss in league openers, 51-49.

This weekend, Tulsa will face a Green Wave team that it handled easily in 2010. Damaris Johnson, Charles Clay and Alex Singleton each scored a pair of touchdowns in the 52-24 win. Tulsa racked up 538 yards of total offense in the blowout.

Head coach Bill Blankenship said repeatedly during fall workouts that this game against Tulane was the most important one on the team's September schedule. Tulsa's goal of winning the conference hinges on beating teams like Tulane, not Oklahoma State or Boise State, which they will face later this month.

The Golden Hurricane has won six in a row over Tulane. Last year's win came a week after TU lost a tough road game to SMU, and was the first win in a string of seven straight victories to end the season.

"We can't go into this game thinking, ‘Oh, we beat them the last couple of years, so we're just going to win this game'," said safety Dexter McCoil. "It's not going to be that easy."

Tulsa has averaged 45 points per game in their six conference wins over Tulane. The Golden Hurricane beat the Green Wave in their last meeting in New Orleans, 37-13.

It's a homecoming for seven Tulsa players from the state of Louisiana.

Tulsa Aiming To Get On Track Against Tulane