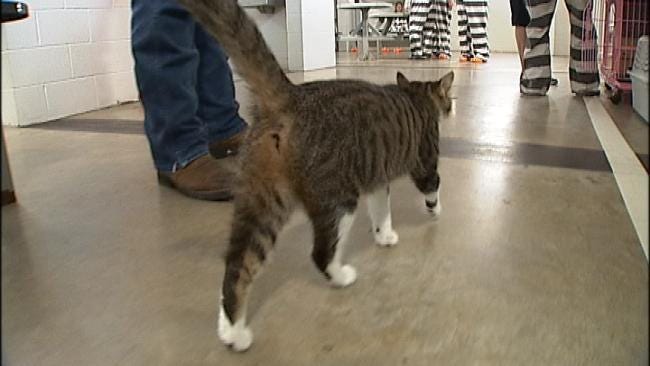 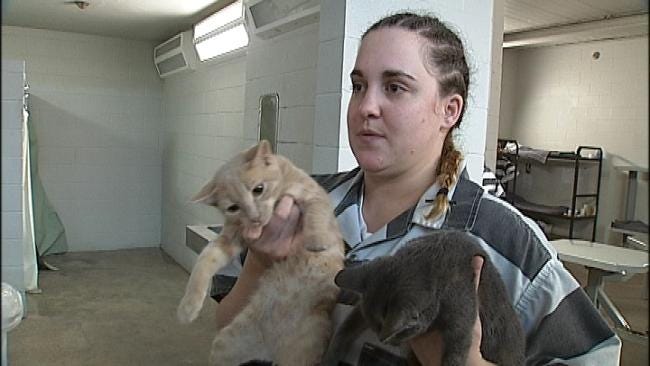 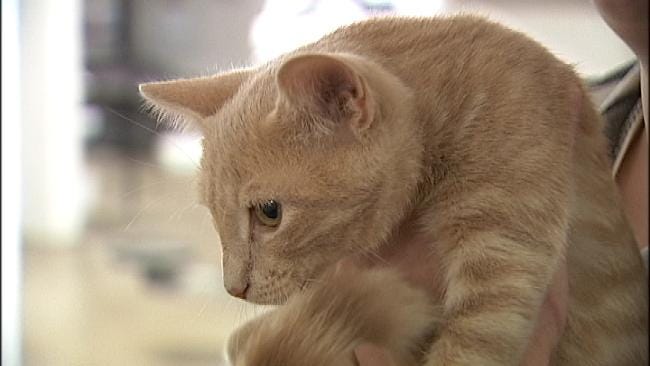 WAGONER, Oklahoma -- Many towns have a cat overpopulation problem. And it goes without saying… There's often little productive work for jail inmates. But in Wagoner County, they believe they've found a winning solution both problems.

The women's wing at the county jail is one of the newest foster homes for adoptable cats in Wagoner. Over the past few months, the inmates have provided temporary care for 50 or 60 cats and kittens here at the jail.

"It helps the inmates, gives them something to do. Some inmates have never had any responsibility, they learn responsibility taking care of the animals," said Wagoner County Sheriff Bob Colbert.

It's a partnership between the Sheriff's office and the Wagoner Animal Guardian Society. The group had been talking to the sheriff about this for quite a while.

"We brought one in to see how they'd do," said Sandra Fehnel

That was back in the spring when she said there were lots of moms with litters of kittens.

"I enjoy them really. We just got these the other day. I kind of interact with this one a lot," said Wagoner County inmate Ashley Arnett.

Ashley's one of 20 female inmates that play with and help care for the cats. They help socialize the cats, which makes them more adoptable.

WAGS is a group which operates on donations, and like most rescue groups they can always use more.