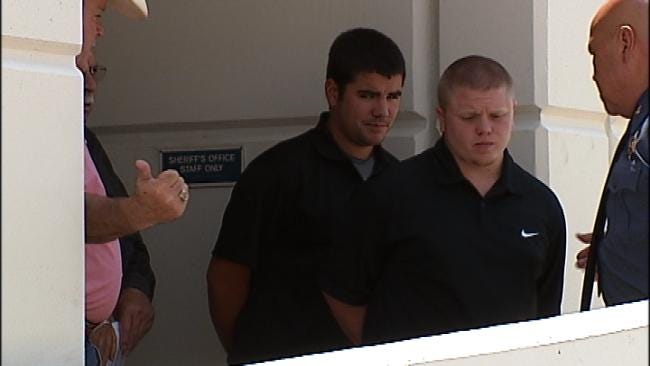 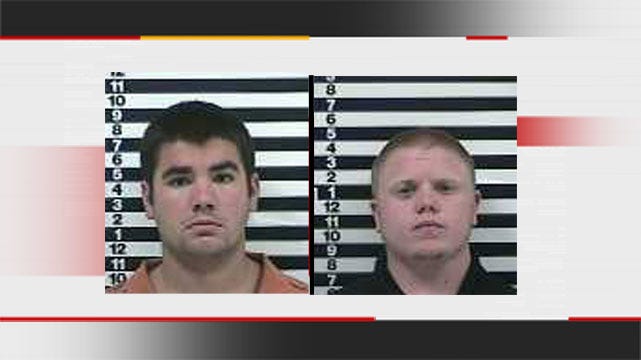 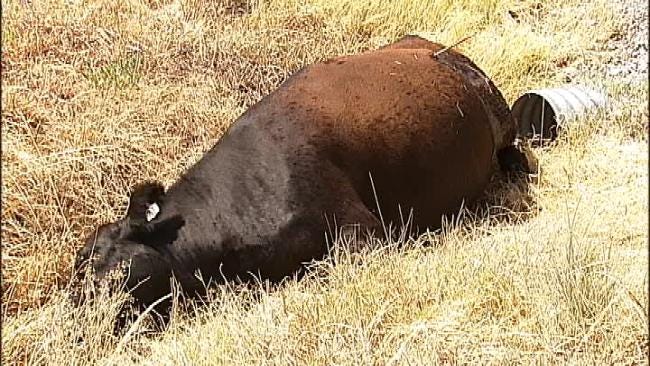 ROGERS COUNTY – Two Broken Arrow teenagers are in jail, accused of shooting nine Rogers County cattle with arrows, and killing six of them.

Trayton Vanderpool and Jared Barlass, both 19, turned themselves in to the Rogers County Sheriff's Office Tuesday afternoon.

Each face nine counts of animal cruelty.  Each charge carries a maximum of five years per count.

"I think it hit a point that they were wise enough to know there was no escaping this," Rogers County Sheriff Scott Walton said.

"Unfortunately people do things without thinking sometimes," John Cummings, Ranger with Texas Southwestern Cattle Raiser's Association, said. "They get out here in the heat of the moment with their friends, especially young people. And they make poor decisions. I think that's this case."

Rancher Lyle Blakley and his neighbor Steve Branem owned the cattle. Some were shot dead with arrows. Some were still wandering, wounded.

"That was one of the questions I asked, if they targeted me or my neighbor Steve. They said as far as they knew, it was random," Blakley said.

Vanderpool and Barlass are both being held in the Rogers County jail on $45,000 bond.