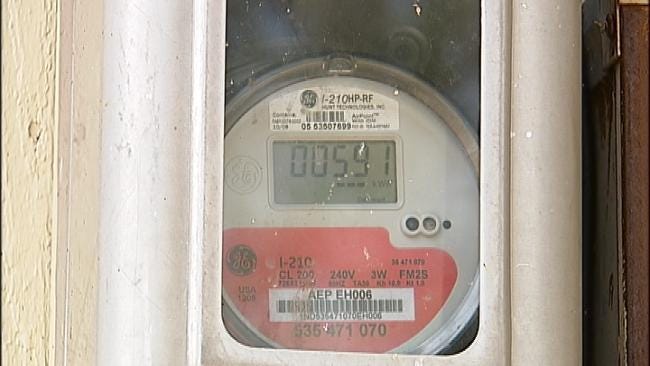 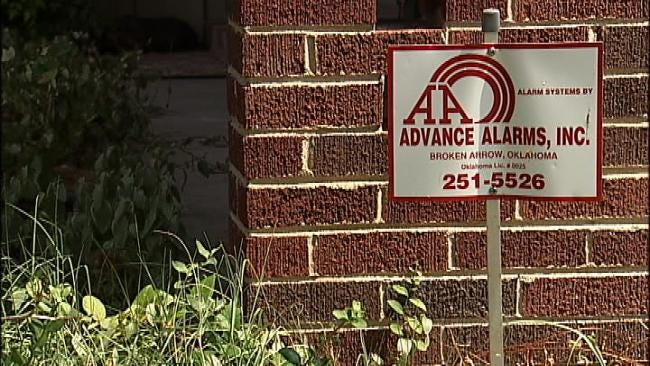 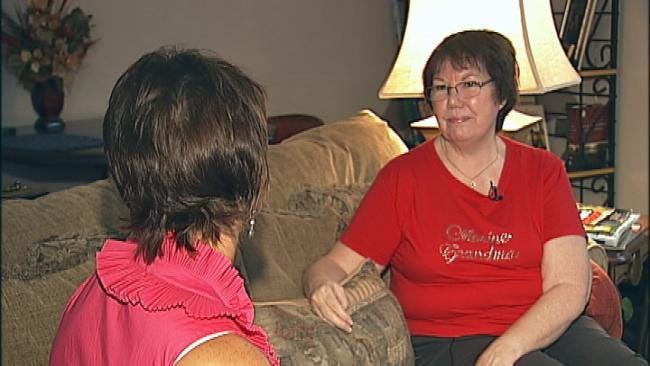 TULSA, Oklahoma -- A Tulsa woman says burglars came up with a new twist to cut the electricity off at her house, before they kicked in her front door. She wants to warn others to be on the lookout.

Carol says they pulled the glass cover off her meter, which cut the power, which they hoped would also kill her alarm system.

"What the PSO guy told me was they come here, cut this little lot, slide this off and take the glass cover off and it kills the electricity," Carol said.

When the glass piece is put back on, the electricity begins to flow back in the house.

Even though Carol's alarm has a battery backup, her battery was dead, which gave the thieves the time they needed to kick in her door and steal two televisions.

All that is left of her living room one is a big empty space and the remote control. Then, they took her pillowcase and dumped her jewelry into it.

Items from her grandfather were taken, her breast cancer survivor pins and even her wedding rings from her late husband, Ron Ellis, a retired Tulsa police officer who passed away years ago.

"Life goes on and you just replace what you can," she said.

For those items that are irreplaceable, Carol has been making the rounds at pawn shops, but figures the things that are so near and dear to her heart were probably tossed in the trash someplace.

In the meantime, she wanted to warn others that burglars might be using the technique of taking the glass cover off your meter, as a way to buy enough time to break in.

"They're just taking a chance, go in and get what they can in sight and are gone," she said.

Carol asked the PSO technician if she could put a cage around her meter, but he told her they'd simply find a way to get past it.

The PSO spokesperson says this isn't a big problem because again, cutting power to the house does not usually disable an alarm system.

PSO say they have 600 to 700 meters tampered with each year, but it's mainly because people are trying to steal power from a meter or stealing the meter itself.