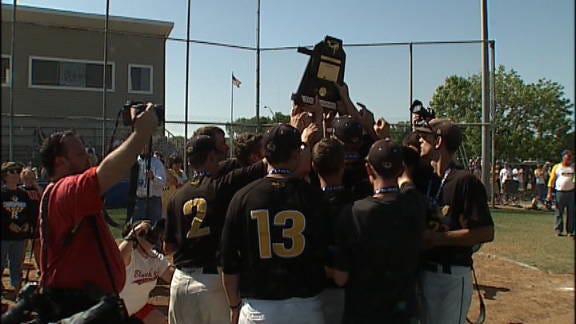 OKLAHOMA CITY -- The Roff Tigers capped off their third consecutive Gold Ball season Saturday with a 6-2 over the Okarche Warriors.

The Tigers built a big lead early, helped along by a two-run blast in the fourth from catcher Brendon Barr, taking a 5-0 lead at the end of the fourth. A Remington Pope solo home run in the sixth gave Roff their sixth run.

Junior pitcher Jordan Scott pitched a complete game for the Tigers, despite giving up two runs in the fifth inning.