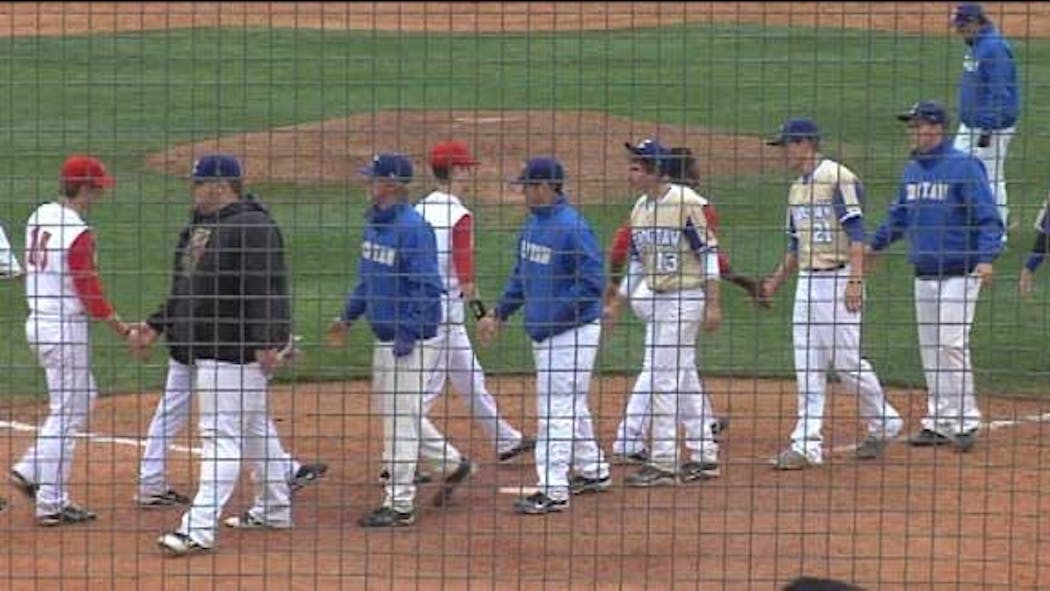 This marks the 46th time Choctaw has hosted the annual tournament, dating back to 1966. Run rules were the order of the day.

In the first game of the day, the Bronchos used two big innings to coast to an easy win. They put four runs on the board in the first inning to take a quick lead, but McGuinness responded with two of its own in the next half inning.

The score remained 4-2 until the fourth inning, when McGuinness starting pitcher Ross Jacobs walked the last two batters he faced and was pulled in favor of Andrew Head. Head followed by walking each of the next two batters, both bringing home a run and loading the bases.

Pitcher Josh Blair blew the game open with a two-run double in the next at-bat, and the Bronchos finished with five runs in the inning to take a commanding 9-2 lead.

In the sixth inning, Head and reliever Blake Brennan combined for two walks and a wild pitch to give the Bronchos runners on second and third. Kevin Boyes took advantage with a bloop single just over the second baseman’s head, which scored a run and put the run rule in effect.

The second game of the day also ended with a run rule, this time thanks to dominant pitching and Carl Albert mistakes. Choctaw starter Dalton Viner had the dangerous Titan lineup off balance all day.

“He really mixed up his pitches, and he made the Carl Albert hitters look a lot worse than they are,” Choctaw head coach Mark Craft said.

Viner needed only 71 pitches to get through a complete game in which he held the Titans to two hits and struck out 10 batters in six innings.

The Yellowjackets’ offense was helped by four Carl Albert errors, three of which directly resulted in runs. A dropped ball with two outs in the second inning kept the frame alive and gave Choctaw runners on second and third. Austin Davis capitalized with a two-run single for a 2-0 lead.

Carl Albert committed another error later in the inning, but that did not result in any runs. Choctaw added three more runs in the third inning – one thanks to a third Carl Albert error – to extend its lead to 5-0.

With the score still 5-0 in the sixth, Choctaw executed a well-timed double steal that scored Davis and put Tanner Hessman on second.

The Titans then committed their fourth error of the game, another dropped fly ball on what would have been the third out, which scored Hessman and put another runner on second. Ty Ash drove him home with a long single off the outfield wall, giving the Yellowjackets an 8-0 lead.

Viner shut down Carl Albert again in the bottom of the sixth, which clinched the run rule finish.