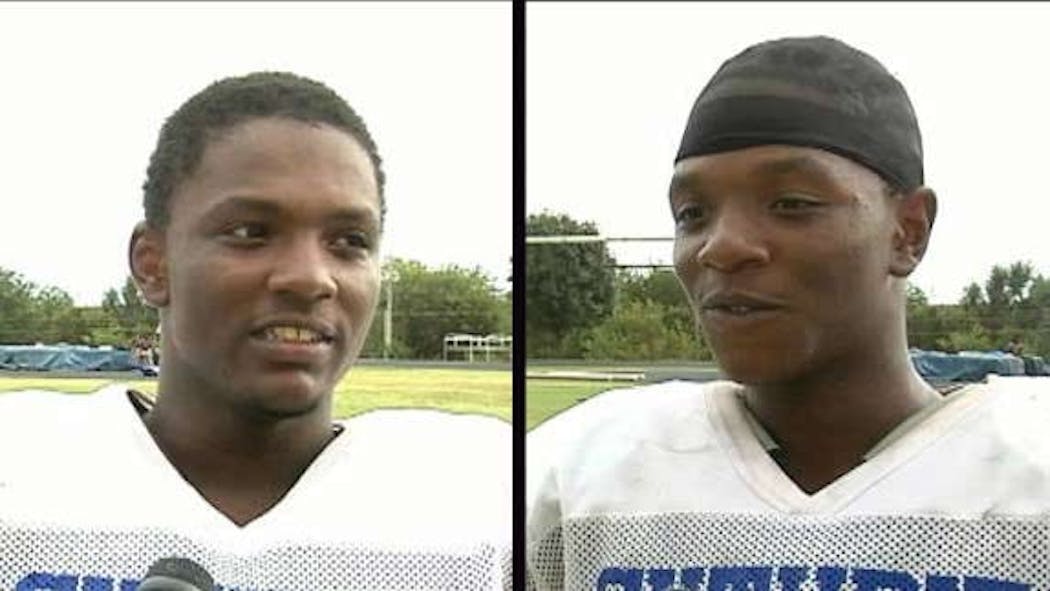 GUTHRIE, Oklahoma -- Guthrie’s Kentrell Brothers may have to watch his back.

The senior was ranked No. 6 on Oklahoma Sports’s Top 30 List, but has someone nipping at his heels.

His brother, Richard Brothers, is an up-and-coming sophomore making a distinct impact on the Blue Jays’ team.

"It's really fun playing with him. I was surprised at how he did against Duncan,” Kentrell said. “He played a really good game and hopefully he can keep that going through the weeks."

This is the first year Richard is starting for Guthrie (3-1) with his older brother, and he's not taking anything Kentrell tells him lightly.

"He helps me out a lot,” the younger Brothers brother said. “In practice, on Friday night, I sit there and listen to him and whatever he tells me to do I do it."

Kentrell is more than willing to lead his younger brother. He understands Richard’s talent is an asset to the team.

"I try to help him out. Tell him as much as I know because we need him on this team,” Kentrell said. “We don't have another defensive end that can step up and play like he can."

In Guthrie's game against Duncan, the "Brothers Brothers” combined for seven sacks, getting through a highly touted Duncan offensive line.

"When he got a sack, I kind of smiled and laughed. I was pumped too, but it was kind of funny because I have never seen him as happy as he was,” older brother Kentrell said. “It was a good feeling to see that he can get to the quarterback like that."

"It got me hyped when I saw my big brother back there,” Richard said. “It made me want to do it. I do love playing with him and every time he got a tackle I was just hyped up about it.”

"Brothers Brothers is a name people should probably get used to hearing this season.

The boys’ team also acknowledges the special bond between Kentrell and Richard. The duo has made a name for them.

"After the game Coach said, ‘The Brothers Brothers had a good game,’” Kentrell said. “Guess it's going to be a name for us now.”