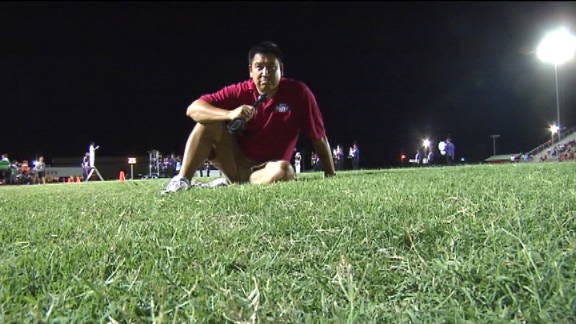 OKLAHOMA CITY -- Darren Brown and Mason Dunn were in mid-season form despite the fact that it’s just district-opening week, as they took to the skies in SkyNews9 HD for Oklahoma City’s Friday Night Flights.

His first stop of the night was Shawnee, where the Wolves (2-2) were trying to knock off undefeated Jenks Trojans. DB wasn’t the lucky charm that Shawnee needed and the Trojans rolled 55-0.

On the way back to the hangar, they stopped at Western Heights (0-4) for the Jets’ matchup with the Carl Albert Titans (3-1). Western Heights was unable to put one in the win column as the Titans rolled 50-6.