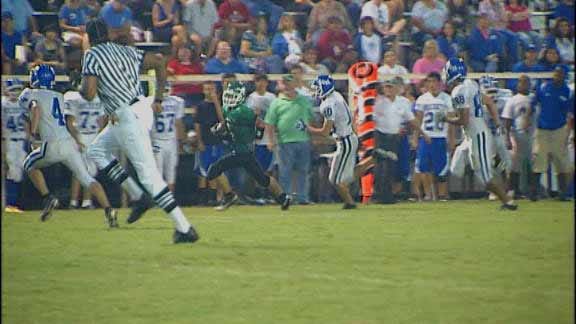 JONES, Oklahoma -- The Mount Saint Mary Rockets traveled to the land of the Longhorns in week three, facing Jones.

The Rockets, who have yet to win a game this season, got off to a rough start when quarterback John Tener’s pass was tipped by the Longhorns’ Jorden Bell and intercepted by his teammate Taylor Bilyeu.

Mount Saint Mary will fight for its first win of the season in week four as the team travels to Washington, while Jones looks for its third win at Christian Heritage Academy.