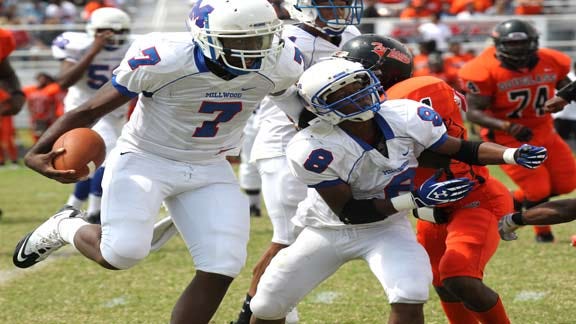 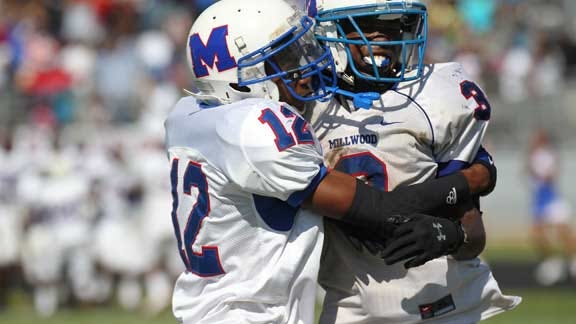 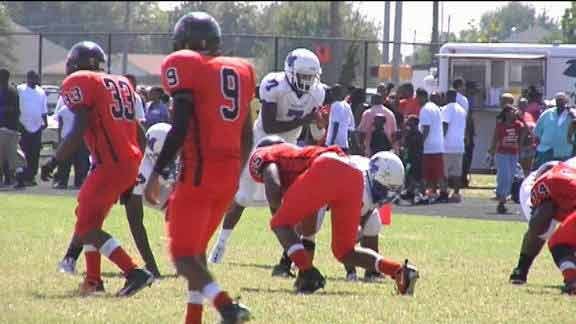 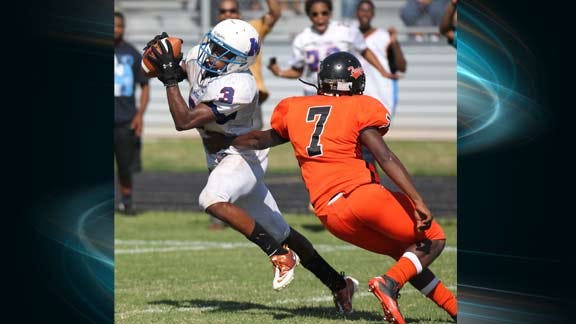 OKLAHOMA CITY -- It was the Kevonte Richardson show Saturday, as the senior quarterback led his Millwood Falcons to a second-straight Soul Bowl victory with a 36-31 win over the Douglass Trojans.

Richardson, who was ranked No. 8 in Oklahoma Sports’s Players to Watch, threw for over 400 yards and four touchdowns, running in an additional touchdown in the third quarter.

“It was a huge game for him,” offensive coordinator Kevin Cox said. “A career high.”

The Trojans (0-2) scored first with a touchdown by Aliston Cobb, but the Falcons (2-0) quickly answered back when Richardson hit Brandon Swindall to tie the game at 6-6. It didn’t take Richardson long to get warmed up. The senior, who was 30 minutes late to the game after taking his ACT, got his offense off to a strong start.

“To have a kid show up 35 minutes before a game, you always worry,” Cox said. “but he showed up and had one hell of a game.”

He connected with Dametric Sanders for a 79 yard reception, putting Millwood ahead 12-6. Richardson found Swindall again for a 42 yard touchdown just before halftime, making it an 18-6 game.

Douglass’s Cobb punched it in form the three-yard line to bring the Trojans within five points from a tied game, but Millwood would again dictate the pace of the game.

Richardson found his footing in the third, running in an 11-yard touchdown to bring them ahead 24-13. Douglass’ Marcus Caddell scored off a kickoff return, as the Trojans trailed 24-19. Another completed 26-yard pass to Swindle put the Falcons ahead 30-19.

“Anytime you can have that much offense, you know you’re doing something right,” Cox said.

The Trojans battled back, as quarterback Shon Bridges ran in a touchdown for Douglass, making it 30-25. Cobb snagged his third touchdown of the day, bringing the Trojans within one point of tying it up.

Kevonte Richardson connected with Josh Turner to put the Falcons ahead 36-21 with less than two minutes left in the game. The Falcons defense sealed the deal on the last play when Millwood tackled Douglass' Bridges on the one-yard line.

“It helps out a lot to have the guys we have out there,” Cox said. “They all made great plays.”

The Millwood Falcons host the Bishop McGuinness Irish (2-0) in week three, while the Douglass Trojans travel to the Star Spencer Bobcats (0-2).